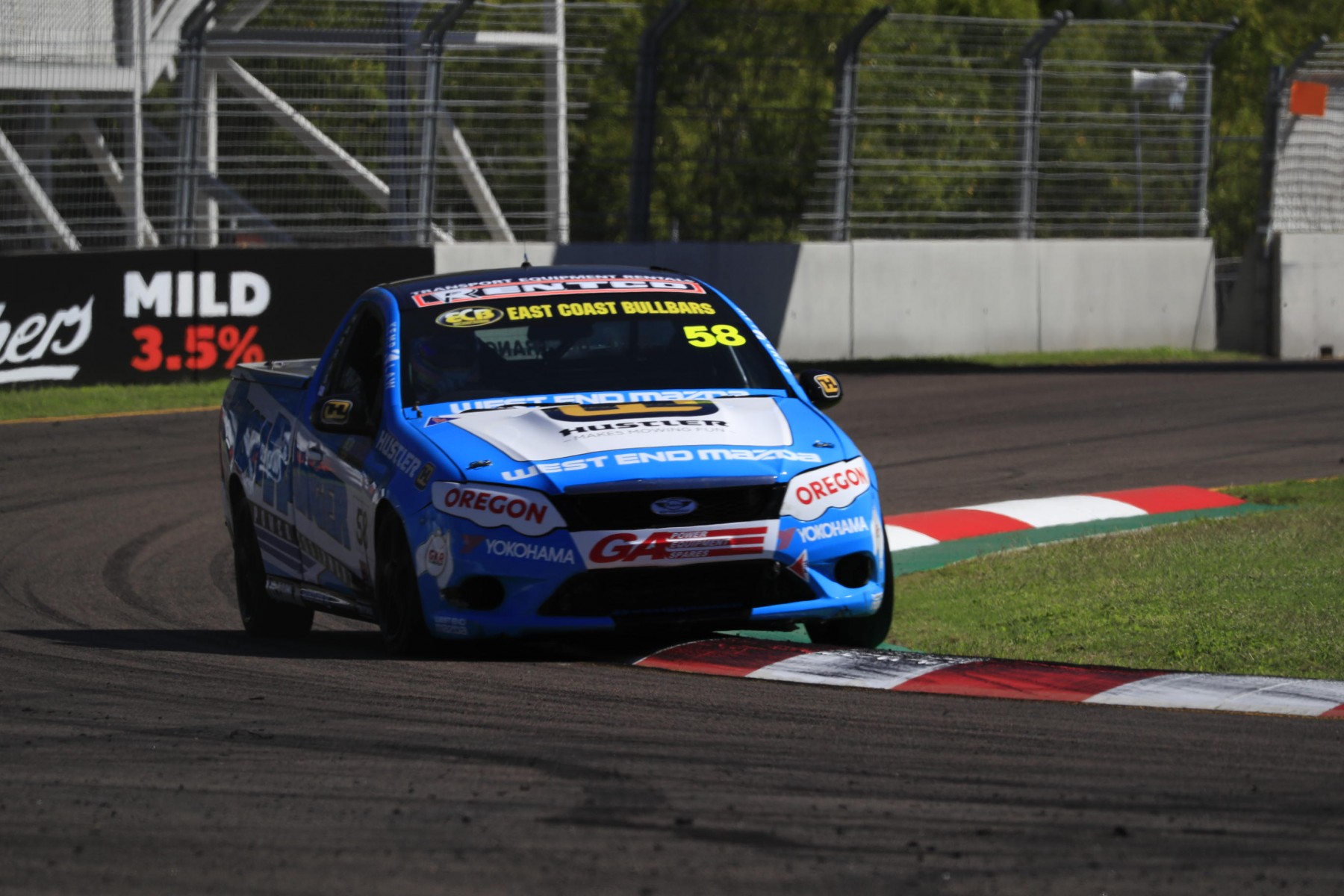 Ryal Harris has topped the times in practice for Round 2 of the Australian V8 Ute Racing Series at the Watpac Townsville 400, despite a differential failure in the day’s second practice session.

Harris, whose Peters Motorsport Ford FG Falcon was fitted with a new engine after the opening round of the series at Winton, clocked a 1:23.3065 in this morning’s first practice session to end the day fastest overall, and also recorded the best time in the second session, held in hotter conditions, despite the diff expiring after four laps.

“The diff failure wasn’t ideal, but the good news is it happened in practice and we clearly have a fast car this weekend,” team owner Rod Dawson said.

“Hopefully we get through the weekend without any more problems and Ryal can bounce back from his difficult start to the season at Winton.”

Series returnee Craig Dontas was second overall for the day in his Sieders Racing-run Commodore Ute, ahead of Marcus Zukanovic.

“The track conditions were better in the first session than the second, and that’s why most people were quicker this morning,” Zukanovic said.

“In the second session, there wasn’t as much grip and people were finding the limits more easily, which is why a few people were locking brakes and running up escape roads… myself included!

“It’s the first time I’ve raced a Ute at Townsville so today was all about understanding the best technique for this track – we had a good test at Winton in the lead-up to this weekend, where we learned a lot about setup.”

“The extra weight definitely makes a difference, you can especially feel it on the exit of slow corners,” Jane said.

“The car felt good but the weight handicap is going to present a challenge.”

Qualifying and Race 1 for the V8 Utes will be held tomorrow.

20/05/2017
Stay In The Know
Sign up to the Virgin Australia Supercars Championship Newsletter
We use cookies to ensure that we give you the best experience on our website. If you continue to use this site we will assume that you are happy with it.Ok