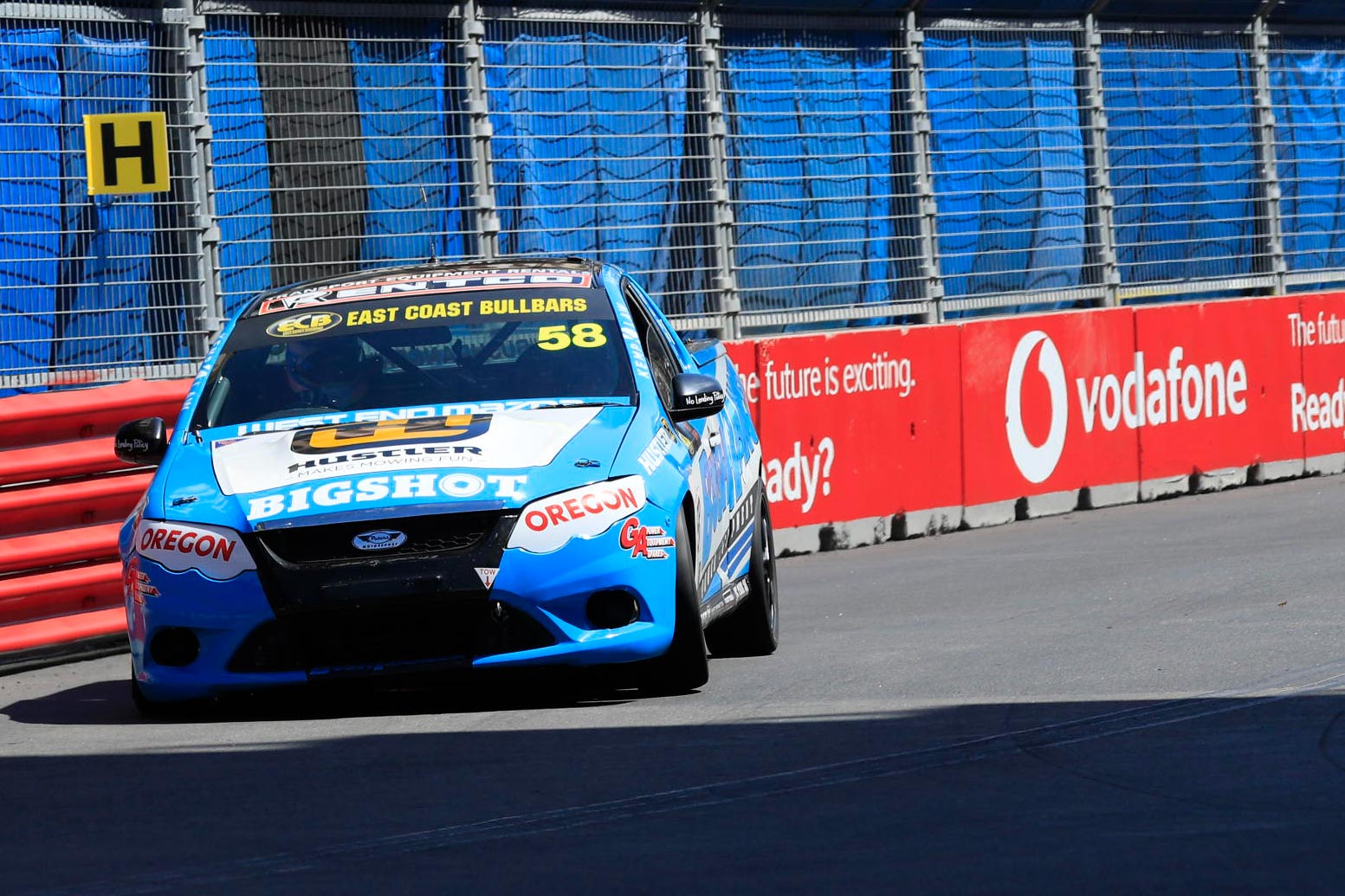 Harris, along with most other drivers in the ECB V8 Utes field, spent the entire session on track, as they attempted to come to grips with the circuit.

“This is a crazy circuit, not just because of the concrete walls but also because of the bumps and undulations heading into some of the main braking zones,” Harris said.

“There was a fair bit of understeer in that session, which is unnerving when it carries you close to some of the walls.”

“The track is more comfortable in the Ute compared to the Aussie Racing Car,” Woods said.

“The bumps, drains and manhole covers really throw the Aussie Racing Car around, but the Ute is a lot better at handling those imperfections.

“It’s only going to get better with more laps.”

Setting the third-fastest time in the session, in his first-ever run in a V8 Ute, was New Zealander Matt Griffin.

The NZ V8 Touring Car Series driver completed a late deal to step aboard Peter Ward’s Commodore Ute for the weekend, and was thrilled with his first experience in the category.

“This is the scariest track I’ve ever raced on, but it’s so much fun,” Griffin said.

“The Ute is easier to drive than I was expecting, but there are a few areas I need to work on, especially braking.

“I’ll think about it tonight and adjust my technique for qualifying tomorrow.”

Craig Dontas was fourth ahead of reigning champion David Sieders, returning for his second round of 2017 aboard the Commodore campaigned by Matt Nolan on the Gold Coast.

Novocastian Jeremy Gray punched out the sixth-fastest time while title contender Kim Jane was seventh after flat-spotting a tyre.

“I felt like I came to grips with the track pretty well, it was just the flat-spotted tyre which cost me a good lap,” Jane, who starts the weekend 24 points behind Harris, said.

“The Commodores always respond well to new tyres so there will be more in it tomorrow.