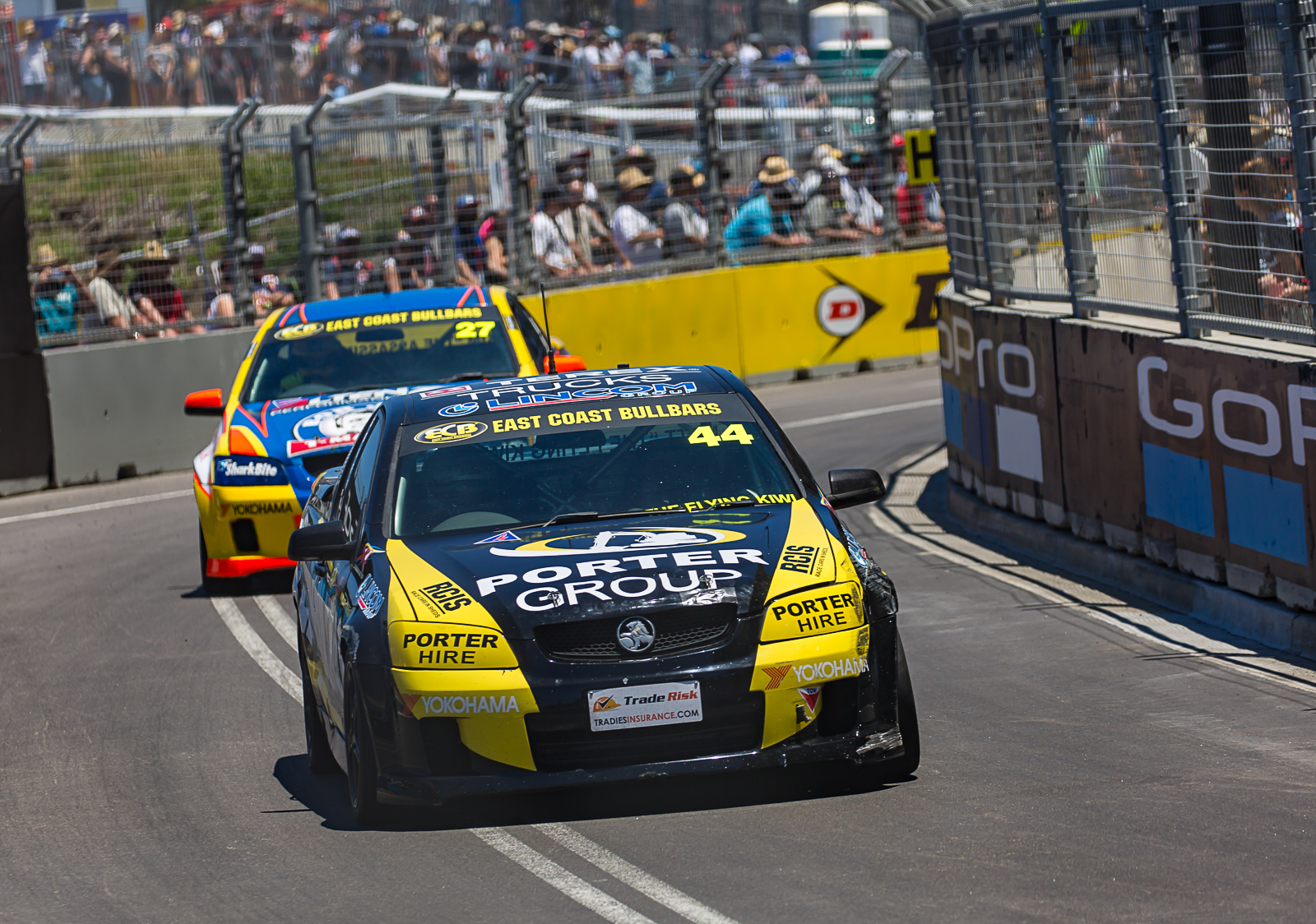 The title contest between Ryal Harris and Kim Jane, meanwhile, has tightened up following a controversial qualifying incident.

Harris received a 10-grid position penalty after he collided with Griffin, relegating him from the front row of the grid to 12th position.

While both cars sustained damage in the altercation, Griffin had set the pole-winning time before the session was red flagged.

Jane took the lead at the start, before the Safety Car was deployed on the second lap when Marcus Zuaknovic understeered into the wall at Turn 1.

Griffin out-braked Jane on the run into Turn 2 at the restart, and pulled clear to take a comprehensive victory.

“After the qualifying crash, there was quite a lot of damage – we had to replace all the front suspension, as well as one of the wheel rims,” Griffin said.

“Thankfully, the team at Stoneman Race Tech did a sensational job of fixing everything in time for Race 1, and the car was perfect.”

Michael Sieders and Aaron Cameron finished second and third, after a brush with the wall on the approach to the Coopers Hairpin dropped Jane to fourth.

“I clipped the inside wall, which fired me into the outside wall – it was a glancing blow so the damage wasn’t as severe as it might have been, but the steering alignment was still way out,” Jane said.

With Harris moving from 12th to eighth during the race, Jane will start Sunday’s last two races of the season 16 points adrift.

Second for Sieders was his best finish in the class.

“I made a good start, and was helped by Kim’s moment – without someone making an error, it’s extremely hard to pass here,” said Sieders.

Cameron added: “We were the best of the Fords, which was our main objective for that race; I felt we had a slight speed advantage over Michael through the technical corners but not the straights.

Apart from Zukanovic, the other non-finisher was Terry Nightingale, who was forced into the pits when a wheel parted company with his Falcon.

The top five finishing positions from Race 1 will be reversed for Race 2, scheduled for 8:15am on Sunday.