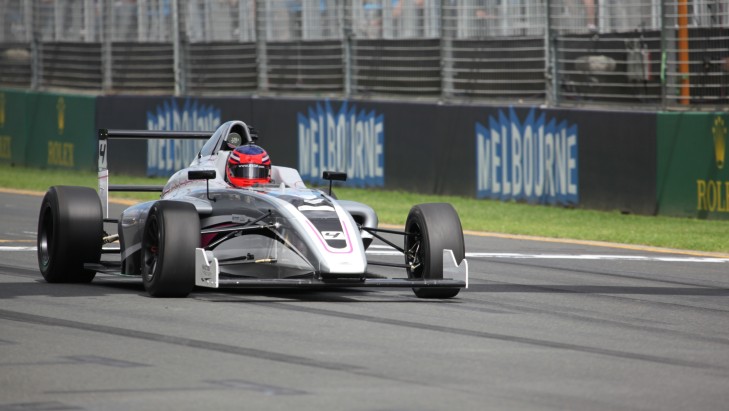 The CAMS Jayco Australian Formula 4 Championship's official website was launched at 4pm today, four weeks before the debut round of the series as a support category to the V8 Supercars at the Castrol EDGE Townsville 400.

The website hosts all you need to know about the upcoming category, from driver profiles to live timing - everything Formula 4 will be found at www.formula4.com.au.

With the first round of the Championship just next month, all of the drivers are vying for the prize of becoming Australia's first Formula 4 Champion.

Thomas Randle from DREAM Motorsport believes Formula 4 will help him get over to Europe and chase his racing dreams.

"Lots of laps and a big learning curve, and we are going to get to some good tracks, going to be with V8 Supercars which will supply some great publicity and if I ultimately win the championship the next step would be to go overseas next year."

The CAMS Jayco Australian Formula 4 Championship kicks off at the Castrol EDGE Townsville 400 on July 10.Tickets are available for the event here.