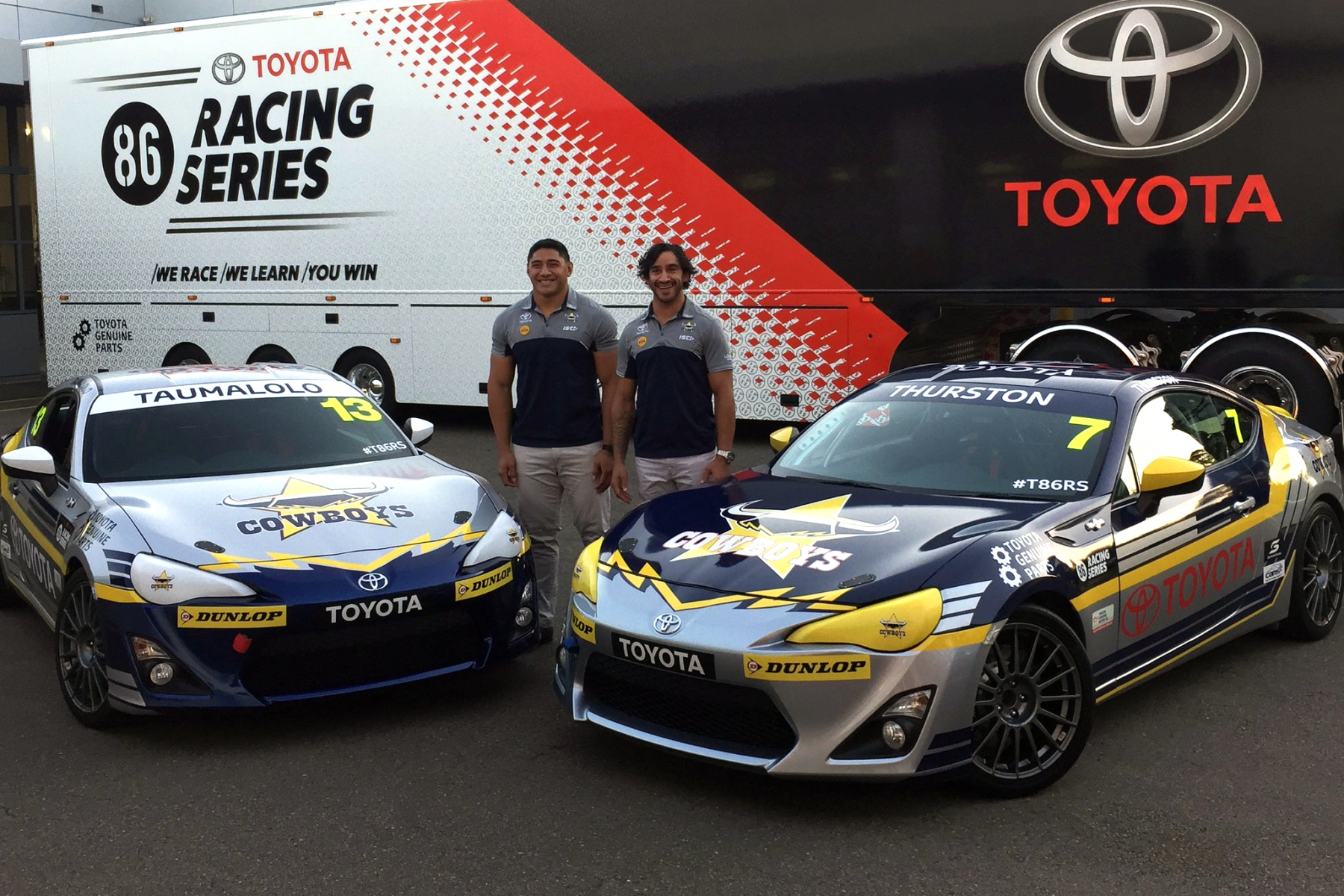 Local fans will have extra reason to get behind the upcoming Watpac Townsville 400, with the North Queensland Cowboys backing two Toyota 86 race cars over the race weekend.

The one-make series will make its debut at the Queensland track, with Dally M winners and Cowboys stars Johnathan Thurston and Jason Taumalolo represented with the #7 and #13 cars in home and away liveries.

Toyota is the long-term primary sponsor of the 2015 NRL premiers and the two cars will go to the series's yet-to-be-named guest drivers over the weekend.

“The car races in the heart of Townsville are a fantastic event for North Queensland and we’re excited to be involved,” he said.

“Jason and I saw the special Cowboys branded cars with our coach Paul Green. They look fabulous in our club colours and even had our names on the windscreens.”

Thurston, regarded as one of the greatest players of his generation, has been a high-profile visitor to previous Supercars events in Queensland.

16/05/2017
Stay In The Know
Sign up to the Virgin Australia Supercars Championship Newsletter
We use cookies to ensure that we give you the best experience on our website. If you continue to use this site we will assume that you are happy with it.Ok