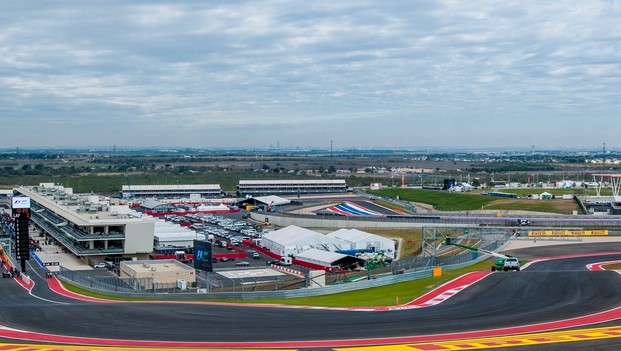 Circuit of The Americas announcedtoday that the Pirelli GT3 Cup TrophyUSA West will participate as one of the support race events at theinaugural V8 Supercars Austin 400 inAustin Texas, May 17-19, 2013. Featuring Porsche 996 and 997 GT3 Cup Cars,the series currently races in California, Utah and Oregon.

“The Pirelli GT3 Cup Trophy USA Westseries was a great addition to the Formula 1 race weekend and we look forwardto hosting them again,” said circuit senior vice president and general managerMel Harder. “Competent Motorsport and Porsche Motorsports North America haveraised the bar through the development of this unique racing series, and weknow it’s something the fans really enjoy.”

The series gives fans the opportunity tosee the latest Porsche factory race cars up close. These cars are produced onthe assembly line in Stuttgart, Germany, with the latest technology, and theyeventually lead to the development of consumer Porsches seen day-to-day.

"Pirelli GT3 Cup Trophy USA Westis very excited to have its drivers take part in the inaugural V8 Supercarsevent in North America,” said Greg Franz, founder and president of CompetentMotorsport, the organisation responsible for running the Pirelli GT3 Cup TrophyUSA racing series. “We were thrilled six month ago to participate with theinaugural Formula One return to North America at Circuit of The Americas, andwe look forward to our return to Austin.”

This is the seventh season for theCompetent Motorsport race series and is one of only 22 single-make series forPorsche Motorsports in the world. The 2013 season for the Pirelli GT3 CupTrophy USA West has seven events scheduled this season with racing scheduled atmany well-known and challenging tracks in North America.