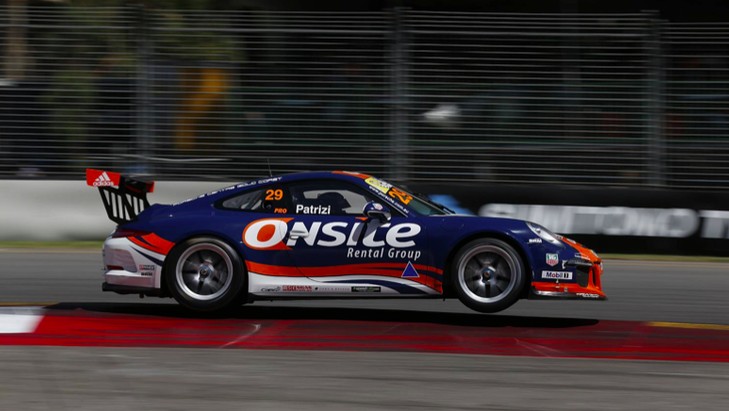 Porsche Carrera Cup Australia will this weekend bring its fresh new look to the Melbourne street circuit for the championship’s 10th visit to Albert Park.

The Porsche series debuted its new Porsche 911 GT3 Cup car at the 2014 Clipsal 500 two weeks ago, with the 2014 model racer making a positive impression at the season opener.

Carrera Cup now readies for its second round of the 2014 season, at the Formula One Rolex Australian Grand Prix, with the same 23 car field set for the category’s 10th Albert Park appearance and its fifth visit as a point- scoring championship round.

The mix of the fast flowing Albert Park circuit and the sport cars handling of the Porsche 911 race car is the perfect combination, according to Carrera Cup driver Michael Patrizi.

“These cars are perfectly suited to the Albert Park circuit – it’s a fast, flowing European-style track which these Porsche 911 race cars are designed for,” said Patrizi.

“The Australian Grand Prix attracts a huge amount of sponsors and fans so for me there will be nothing better than standing on top of the Albert Park podium. I hope we can achieve this by the end of the weekend.”

Elite Class front-runner Tony Bates dominated Round One in Adelaide and looks forward to the change of scenery at the picturesque Melbourne track.

“The Albert Park circuit is not a concrete jungle like in Adelaide and Gold Coast; it’s quite a free flowing track like Sydney Motorsport Park and Phillip Island, which are hugely enjoyable. Mix this with the fact you’re racing at the same circuit as V8 Supercars and Formula 1 and it will be a sensational event,” said Bates.

Porsche Carrera Cup Australia will begin its second round of 2014 this Thursday with a practice and qualifying session, followed by a race on each of Friday, Saturday and Sunday.

Click here for the full event schedule, including V8 Supercars and off-track entertainment.