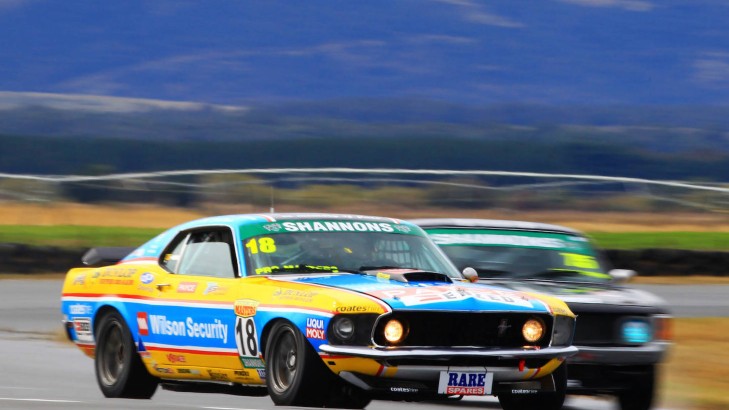 One of themost famous partnerships in Aussie motorsport - Bowe and Johnson - could be back together on the same bit of race track sooner, rather than later.

An ambitious plan hatched by ENZED Touring Car Masters racer John Bowe could see him take on Steven Johnson in the next round of the series at Hidden Valley this June.

Johnson raced Bowe's famous Mustang 'Sally' in Tasmania this year and won all three races on his debut in the category, while Bowe won the series' most recent round at Winton Motor Raceway on his debut behind the wheel of a Holden Torana SL/R 5000.

Bowe missed the Tasmanian round due to pre-existing sponsor commitments and elected to place Johnson in the car instead. He then drove the Torana at Winton recently, the Ford hero doing the previously unthinkable and winning the round in a Holden.

Yet plans have been confirmed today by Bowe to have the pair compete head to head for at the ENZED 'Thunder in the Valley' next month. 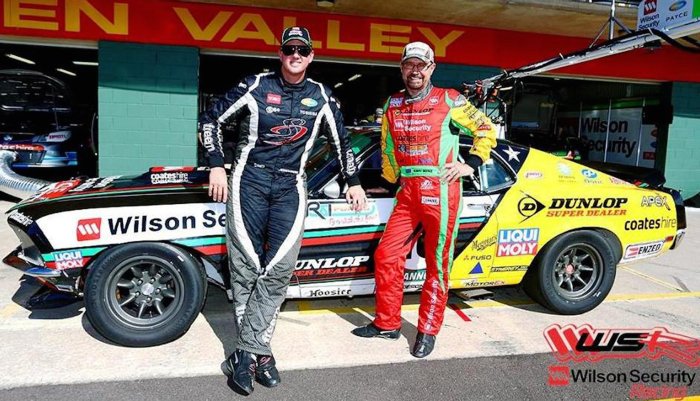 Bowe has committed to running the Gary O'Brien-built Torana in Darwin but has confirmed to his extensive Facebook following today that he is working on a deal that would see Junior Johnson in Mustang 'Sally' at the SKYCITY Triple Crown event fromJune 19-21.

It would rekindle the famous Johnson-Bowe partnership that saw JB and Dick Johnson combine to win the Bathurst 1000 twice, in 1989 and 1994, and Bowe win the 1995 Australian Touring Car Championship in one of Dick's Fords.

It would also pit the pair against the likes of touring car heroes includingJim Richards, Glenn Seton and Andrew Miedecke at the pointy end of the TCM grid - offering the potential for a thrilling trip North this year.

"We've had so much support and positive comments from you guys about putting Stevie J in Mustang Sally for Darwin," Bowe wrote in a post accompanied by on-board vision of Johnson leading the TCM pack at Symmons Plains this March.

"I've confirmed I'll drive Gary O'Brien's Bendigo Retro Muscle Cars Torana at the Touring Car Masters round in Darwin. Now the mad rush is on, so I've been firing all over the place trying to raise a budget to run Steve Johnson in Sally..

The team is working withBowe's existing sponsorship base to help raise the funds required, andBowe alluded to plans to engage fans and supporters that might well help get Johnson on track in the top end this June.

"I had a thought over the weekend; maybe you guys would want to assist with helping fund Stevie in Sally. Would you guys support it if we could get it going?"

Bowe and his team will post details of the plan soon - potentially as early as tomorrow - that will allow fans to contribute to the 'Johnson Plan' whilst getting rewarded in the process.