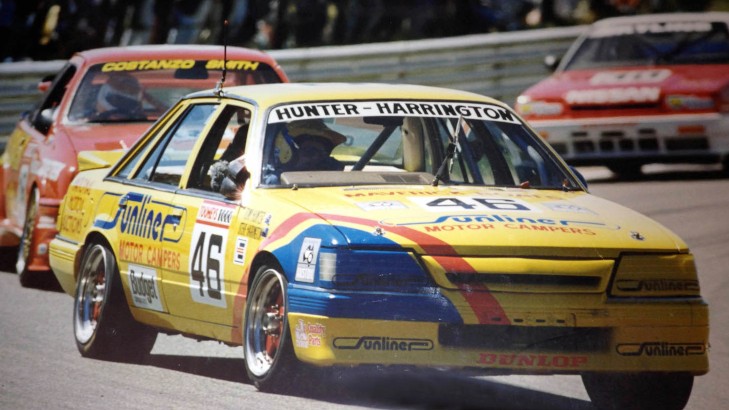 Round six of the ENZED Touring Car Masters will feature drivers with more than 100 Bathurst 1000 race starts combined when they compete at this weekend's Supercheap Auto Bathurst 1000.

Seven drivers amongst the 29-car TCM field have history in the annual October 1000km classic, including two drivers who have nine victories between them; long-time TCM frontrunners, Jim Richards and John Bowe.

While Richards - with his seven victories - and Bowe (with two) hold most of the success plenty of other established TCM stars have a strong track record in Australia's most famous race; and some have stories not well known amongst the motor racing public.

TCM director and Chevrolet Monza driver Tony Hunter is one such example - his lone Bathurst 1000 start in 1988 delivering a strong top 10 finish driving a Commodore VK SS Group A.

The ex-pat Kiwi had a challenging start to his Touring Car campaign that season however put plenty of effort into what would ultimately be his only '1000' start.

"We had a nothing start to the Touring Car Championship so we rebuilt another car for the endurance rounds with the best of the VL bits available - even though it was a VK," Hunter explained.

"It was an ex-government road traffic car and we just welded up here and there and turned it into a VK Group A.

"(Co-driver) Steve Harrington came on board with Les Small, who tipped in his knowledge and engines and because of that we had a good reliable car. '88 was the year of the new Walkinshaw Commodores that were so unreliable so we were just lucky."

Hunter and Harrington started 33rd in the 1988 Great Race however stayed out of trouble to finish a strong 7th overall, having completed 151 laps in a race ultimately won by the Ford Sierra driving Tony Longhurst and Tomas Mezera.

"We had an exceptional brake, fuel and engine package and as a result cruised home," Hunter added. "We ran out of fuel in the paddock return lane after one of the longest 1000s in history. After that, I was broke so I retired and only came back with Group N and Touring Car Masters a lot later on."

Despite the strong result the Hunter/Harrington campaign was not without its share of typical 'only at Bathurst' drama.

"The 'un-highlight' was when I was exiting turn one and about 100 meters up Mountain straight, when a full-size domestic duck flew out and hit the car in the A-pillar, it cracked the window and basically exploded over the car!

"I soldiered on literally covered in blood and guts, but that's Bathurst!"

Hunter isn't the only one to experience the highs and lows of Mount Panorama.

His best result came in 1993 when he and Bob Jones finished 7th outright in the Ampol Max 3 Commodore that had the month before finished on the podium in the Sandown 500.

Miedecke scored five top 10 finishes in his Bathurst 1000 career, including a 7th outright in 1991 sharing a Mobil 1 Racing Sierra with the legendary Peter Brock and made his final start in 2001 - though he has two race wins and six podium finishes on the Mountain in his Whiteline Racing Chevrolet Camaro that he currently drives.

Skye Sands Porsche driver Rusty French made the first Bathurst start of his remarkable career in 1968 driving a Hillman Gazette - but recorded his best finish some 18 years later when he paired with Geoff Russell (the father of Nissan Motorsport co-driver, David) to score 6th outright in a Holden Commodore.

The TCM Mountain Masters - presented by ENZED, Shannons and Rare Spares - will see the TCM field tackle three races across the weekend, with races two and three to be broadcast live on the Seven network around Australia.

Greg Crick made 12 Bathurst 1000 starts. Scored his best result in 1993 driving the Ampol Max 3 Commodore with Bob Jones, when they finished 7th.

Andrew Miedecke made 15 Bathurst 1000 starts. His best finish came in the dramatic 1997 V8 Supercars 1000 when he and Mark Larkham finished third in the Mitre 10 Falcon, having started 12th. He also finished 7th in the 1991 race when sharing a Mobil 1 Racing Ford Sierra with Peter Brock.

Rusty French made his Bathurst debut in 1968 driving a Hillman Gazelle, and finished 6th outright in 1984 with Geoff Russell - father of Nissan Motorsport's David.

Tony Hunter in his one and only start finished 7th in 1988 with Steve Harrington, in a VK SS Group A Commodore.

Brett Youlden made two starts and finished 21st in the 1993 Great Race in a VL SS Group A, with co-driver John English.