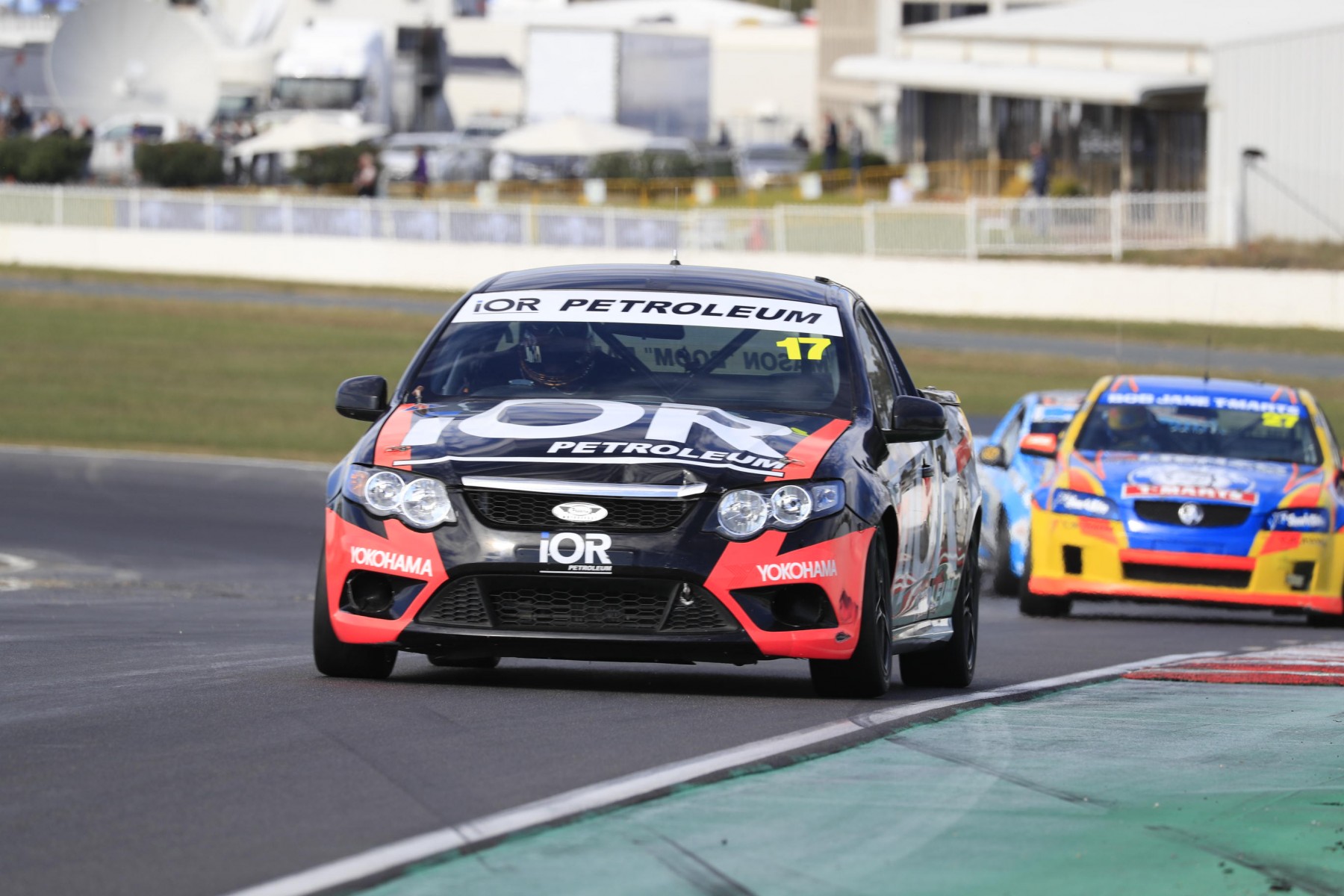 Mason Barbera won Races 2 and 3 of the 2017 Australian V8 Ute Series' opening round at Winton Motor Raceway today, but it was the consistent Kim Jane who took the round victory.

Backing up a second place in yesterday’s first race with two more second places today was good enough for Jane's second consecutive round win at Winton, and sixth for Holden at the rural Victorian venue.

Jane conceded he did not quite have the pace to challenge Barbera, but was nevertheless pleased to win the round.

“To be honest, I was a bit surprised to be on the top step of the podium as I didn’t think we got on top of the car this weekend,” Jane said.

“Because Friday practice was wet, we didn’t quite nail the setup and we were struggling with understeer early in each race.”

Jane looked set to take the win in Race 2, leading comfortably until a Safety Car was called when Matt Spratt spun at Turn 4.

The race restarted with two laps to go and Barbera pounced on Jane at turn 7 to take the lead on the very last lap.

Race 3 produced a similar scenario, Jane leading initially before being overtaking by Barbera at turn 7.

“My car was handling really well through the technical sections of the track, and I was able to overtake Kim in both races – he was very fair and gave me plenty of racing room,” Barbera said.

“It’s a shame we missed out on the round win but we’re only three points behind Kim, so it’s a good start to our championship and we set the fastest lap in all three races, so we know we have really good speed.”

Race 1 winner Marcus Zukanovic finished third behind Jane and Barbera in Race 2, accumulating enough points to start from pole in the final.

However, he stalled on the grid and fell to last, before staging a recovery drive to seventh, which was enough for him to score the final overall podium position.

“These cars are very different to get off the line compared to what I’ve driven in the past, and unfortunately I didn’t get going when the lights went out,” Zukanovic said.

“I had to come back through the field and I set the second-fastest lap of the race; we would have been in contention for the round win without that drama, but it’s great to be back on the podium.”

“Our pace early in each race was good but it fell away after a few laps,” Stoopman said.

Ryal Harris completed the top five for the round, ahead of debutant Michael Sieders and Aussie Racing Car front-runner Blake Scibberas.

The next round of the V8 Ute Racing Series is at Townsville, 7-9 July.

20/03/2017
Stay In The Know
Sign up to the Virgin Australia Supercars Championship Newsletter
We use cookies to ensure that we give you the best experience on our website. If you continue to use this site we will assume that you are happy with it.Ok