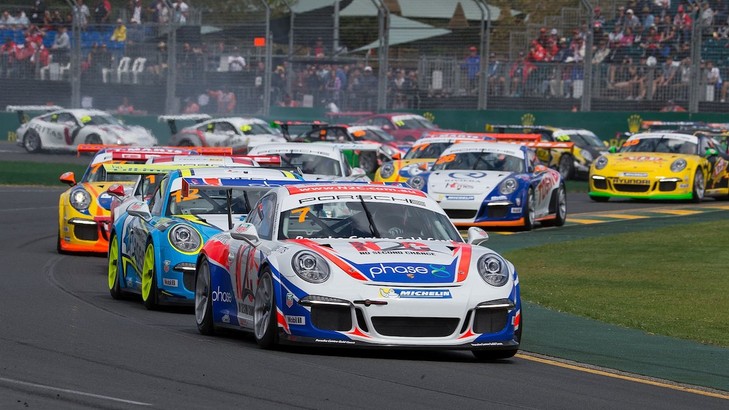 After taking victory in Saturday’s Race Two, Luff gained the lead at the start of Sunday’s Race Three and drove clear of the field, unrivalled in pace throughout the 10 lap race.

Luff claimed a 2.4 second victory from Steven Richards and Nick Foster – the same order in which the trio finished in the round points.

“I’m ecstatic. It’s obviously a great start to the year and it’s been another great weekend for the team. It’s so good to have such a healthy points lead in the championship but we know that it is going to be a very hard championship to keep having these results,” said Luff.

“I really fell in love with these new cars from the very first time I drove it. Obviously something between me and the car is really clicking and the team does a great job of putting this car together and giving me the best car they possibly can. Hopefully we can keep this up every round.”

Craig Baird finished fourth from Sam Power, Nick McBride, Michael Almond, Shae Davies who drove from the rear of the grid, and Duvashen Padayachee in ninth.

Lago’s win placed him on top of the Elite Class podium from Bergmuller and Grove.

“I was able to gain a reasonably good gap in the opening laps from the drivers behind me. I was struggling to hang on to position for the final five laps as Grove, Gracie and Bates were all closing. I was able to hold them off in the end and I’m happy with the Elite Class win,” said Lago.

The weekend’s result places Luff 36 points clear of the Outright and Professional Class standings, with Foster 60 points behind the series leader.

Bates retains the lead of the Elite Class, leading Lago by 22 points and third placed Bergmuller by 28 points.