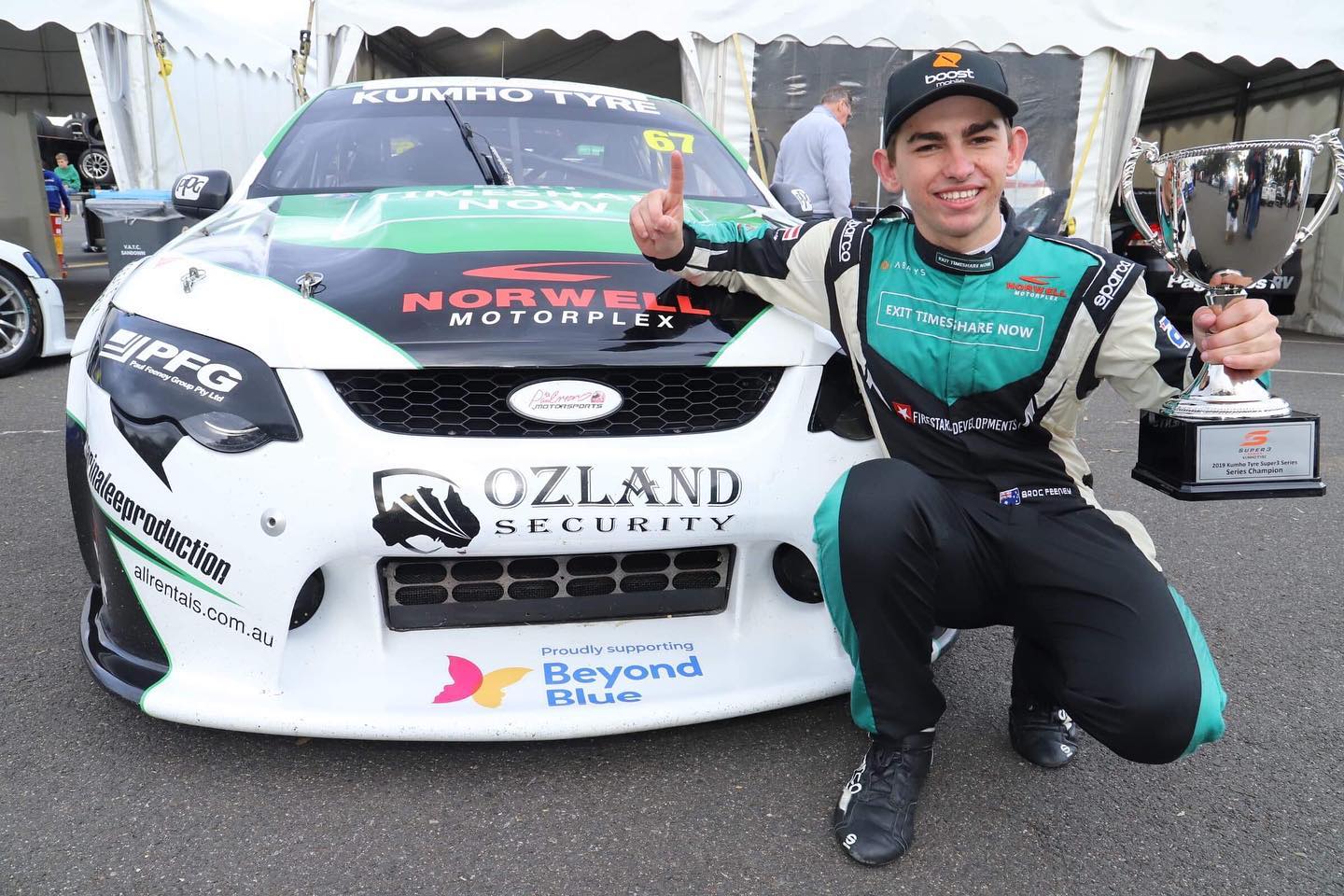 Sixteen-year-old Broc Feeney has sealed the 2019 Kumho Tyre Super3 Series, while Brad Jones Racing’s Josh Fife broke through for his maiden round victory today at Sandown.

Feeney finished third in a shortened 10-lap Race 3 – one position behind closest title rival Jayden Ojeda – to clinch the championship by 24 points after a tight five-round contest.

Fife sealed his maiden round victory with a lights-to-flag drive in the third race, winning the round ahead of Feeney and Ribarits. 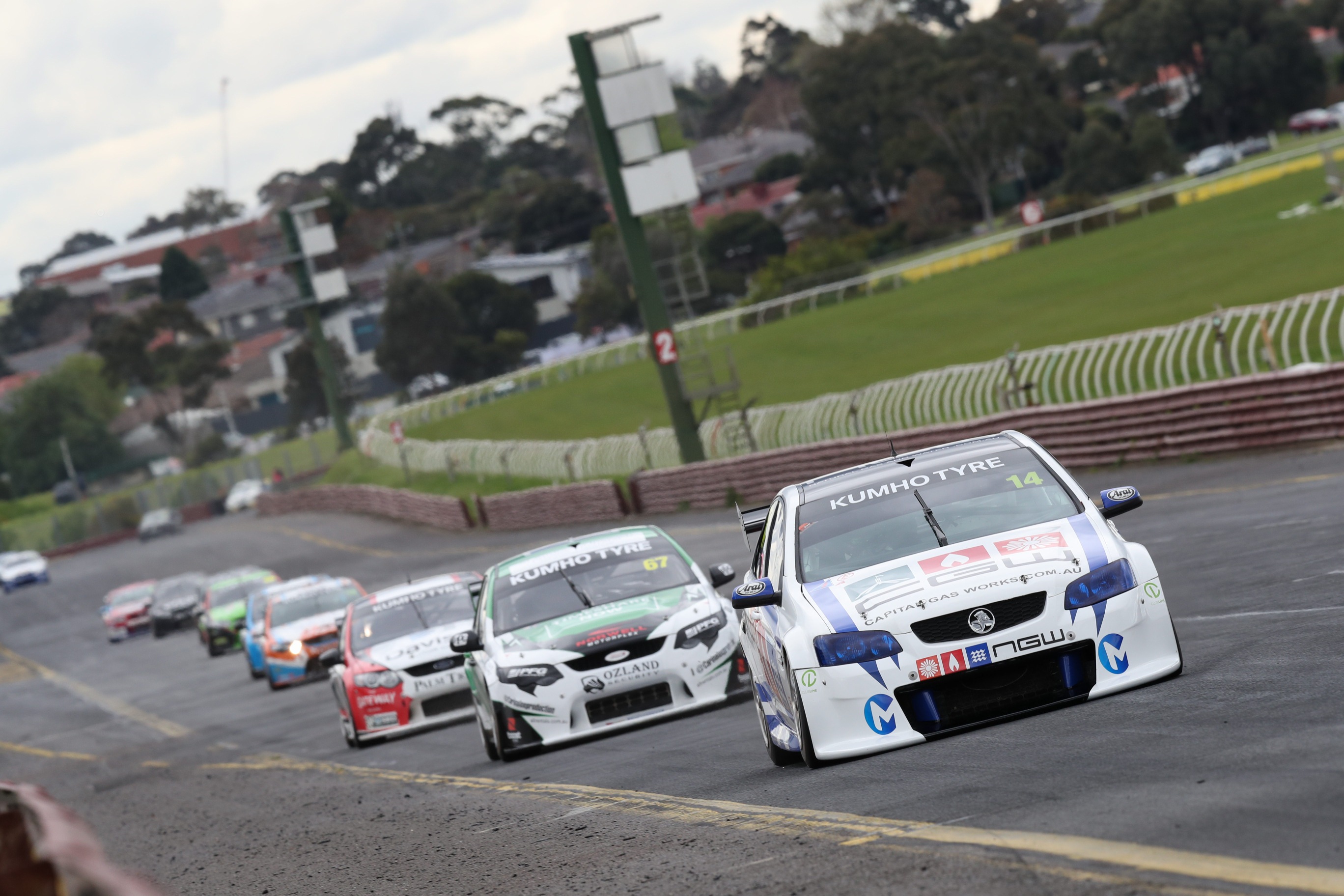 Fife leading the way in Race 3

Dean Lillie won the Kumho Cup Class, while Brad Neill overcame a hefty Race 2 crash on Saturday to edge out Jim Pollicina in a close conclusion to the class championship battle.

Feeney, however, became one of the youngest ever winners of a national motor racing title thanks to a consistent campaign that saw him win just the one race.

However, finishes of second or third in every round and a remarkable run of 12 podium finishes from the 15-race campaign ensured it was consistency that enabled the Exit Timeshare Now/Paul Morris  Motorsport driver clinch the title.

“It’s been unbelievable. To come into this year as a young kid and come out a champion is incredible,” Feeney said.

“I’ve had a great team behind me, a great family and great sponsors behind me, which made this year possible.

“You look back and there’s been a few races where the team got me back out and kept me going.

“The consistency was what we aimed for this year; if you couldn’t win go for those second or thirds.

“We’ve worked so hard all year and I can’t believe we’ve come out on top.” 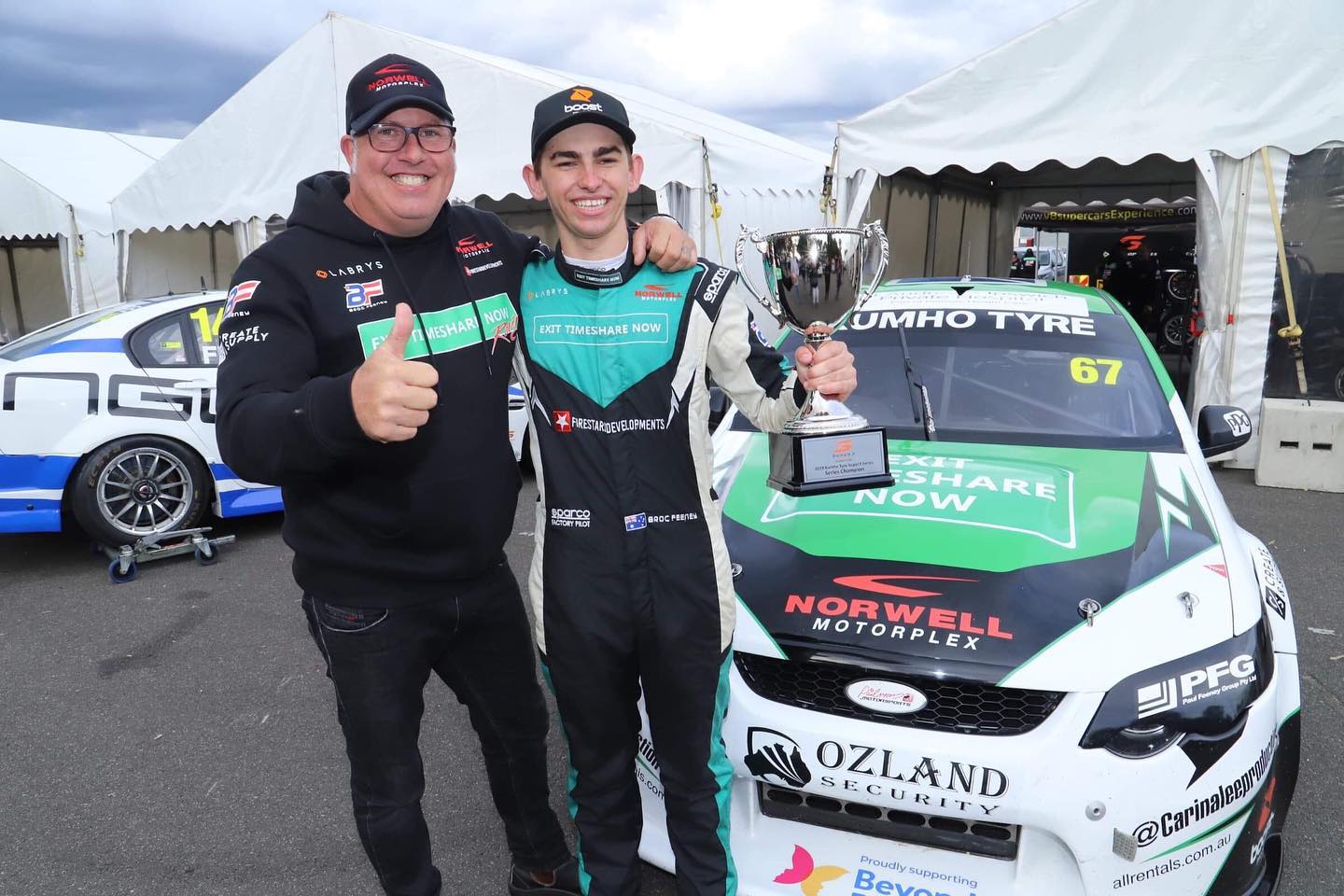 Fife’s breakthrough success this weekend meant he became the first Holden driver to win a Super3 Series round since May last year, the young Canberran winning two of the three races.

His strong finish to the year ensured he finished his first national-level title fifth overall.

“It was a great weekend,” he said. ”It’s an awesome way to finish the year and the boys at BJR deserve it!

“That was my goal for the weekend – to get good starts and be consistent all weekend and it paid off.

“I’m just over the moon to get my first race and round win, I couldn’t be any happier.”

After a crash in an earlier race saw lengthy delays to the race program, the final race of the season was shortened to 10-laps to ensure the program finished on time.

Starting from pole, Fife executed his best ever start and comfortably led the field into Turn 1, while the battle for the minors saw contenders Feeney, Ribarits, Ojeda and Zak Best four-wide.

Feeney slotted into second place and applied pressure to the leader, while Ojeda completed the first lap in fourth place. 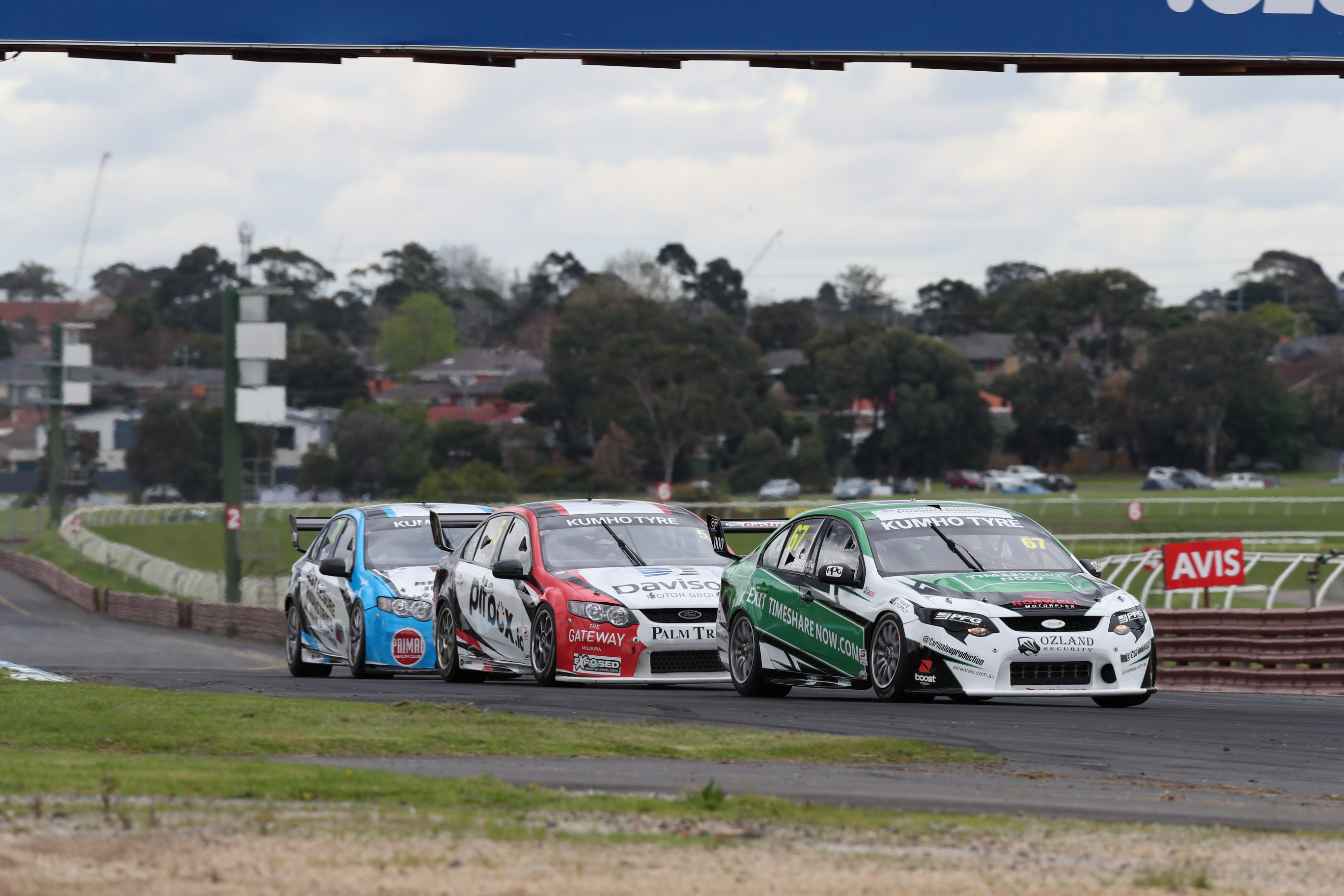 The order changed on the sixth lap, Ojeda jumping both Ribarits and Feeney – who was driving with his championship in mind – and set out in pursuit of leader Fife.

Needing only to finish within five places of Ojeda, Feeney ultimately followed his title rival home in third position, while Fife won by under a second.
Best and Ribarits – who received a penalty for a start line infringement – completed the top five.

Dean Lille won the Kumho Cup class while the title was decided when Jim Pollicina was turned around on the opening lap by an errant Matt McLean’s Image Racing Falcon.

With Pollicina last, Neill crossed the line second in class to take the class championship.

“I feel really privileged to drive a Stone Brothers Racing Falcon,” said Neill, bouncing back from a hefty crash on Saturday.

“It’s a privilege to drive the cars – yes we want to do well but to win this year was beyond our expectations.

“I have to make special thanks to Terry Wyhoon and Image Racing who loaned us some parts last night to get us back on track today.

“I feel fortunate to be part of the Matt Stone team. Chris (Smerdon) wasn’t here this weekend for family reasons and I’m sure he would’ve been battling with us this weekend.”