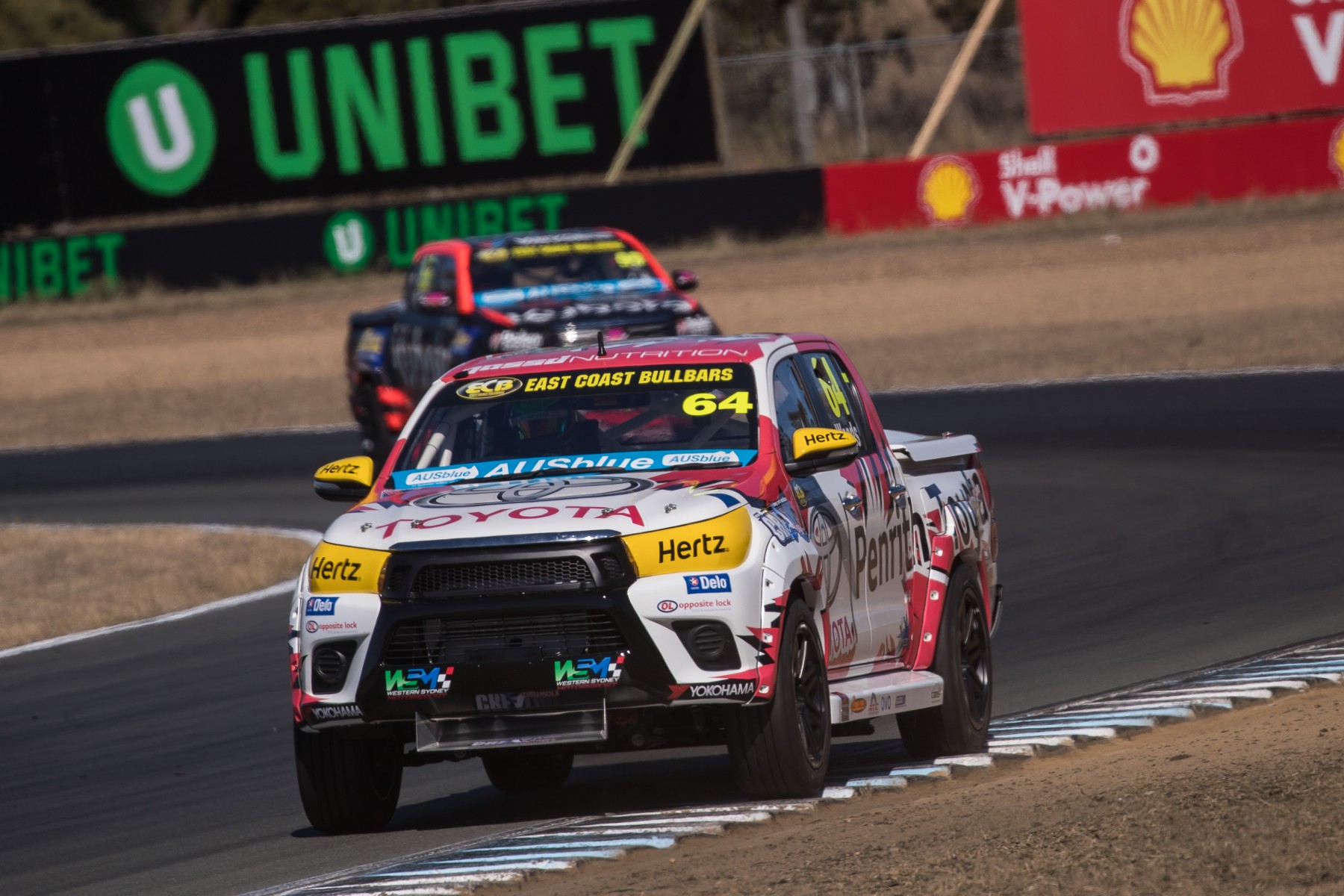 ECB SuperUtes Series leader Craig Woods has been awarded the Round 4 honours, following a re-issue of the Coates Hire Ipswich SuperSprint results.

The Penrith Toyota-backed Hilux driver was originally classified third and ninth in Races 1 and 2, before taking a maiden race win in the shortened final.

That had Woods second on the Queensland Raceway points behind Tom Alexander, and leading Ryal Harris by five points in the overall standings.

Ninth and one lap down on Sunday morning's Race 2 timing, though, was incorrect for Woods, due to a timing anomaly that was not immediately picked up.

Restored to fourth place in the race, Woods takes the round honours by a single point over Alexander, with Harris remaining third for the weekend.

It also means Woods will take a 10-point lead over Harris to the next round at the RABBLE.club Sandown 500 in September.

"Car #64 (Woods) was mistakenly shown as being one lap down and in ninth place. The correct finishing position for car #64 was fourth place," Supercars' GM – Operations Kurt Sakzewski explained.

"As a result of the change in the finishing positions, the points allocation for the round have also been updated.

"We would like to congratulate Craig Woods for another round win."

Woods now has three round wins from the opening four events of the new-for-2018 ECB SuperUtes Series.