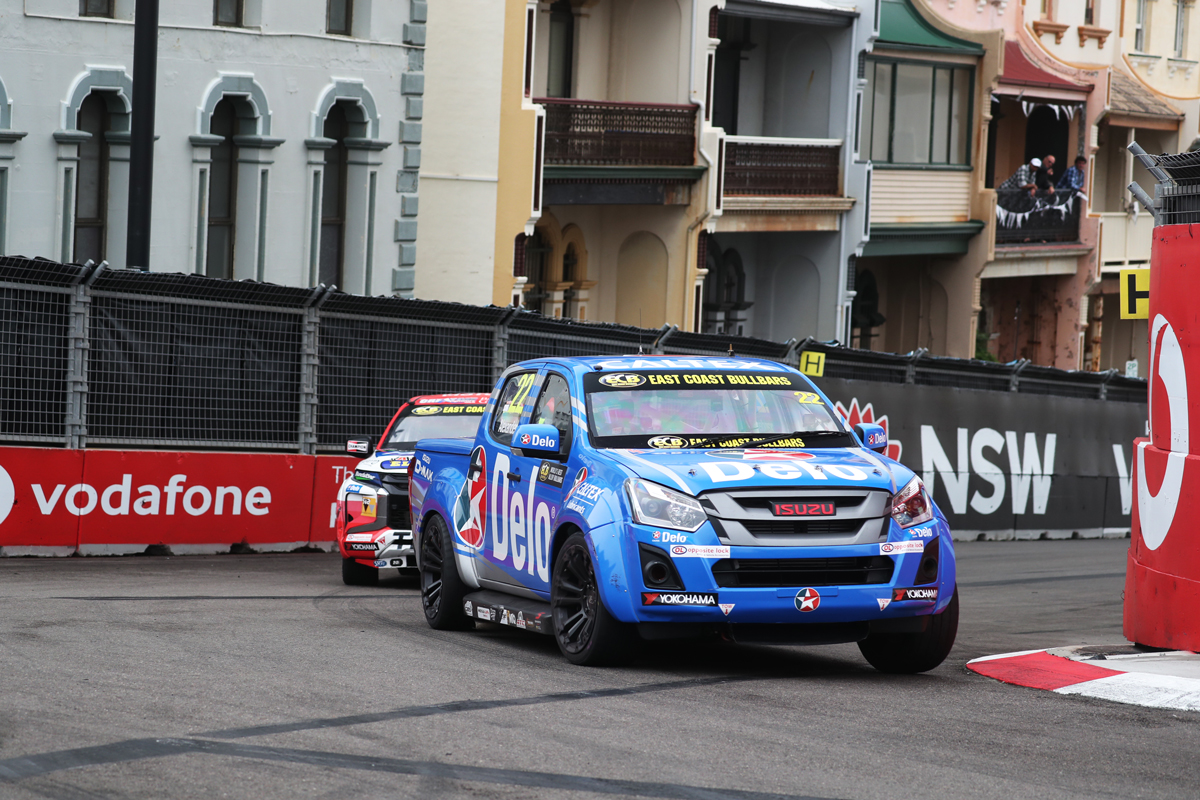 Western Sydney Motorsport's Craig Woods has held on to win an incident-packed second leg of the ECB SuperUtes Series in Newcastle as Tom Alexander sealed the championship.

The Toyota driver started from last in the reverse-grid affair and went on to take the chequered flag just 0.9543 seconds clear of Alexander.

He moved to the lead shortly after the race resumed on the fifth lap, following a Safety Car period for a dramatic multi-car incident on lap 2.

Despite charging efforts from Ross Stone Racing's Alexander and Team Triton's Cameron Crick, Woods managed to defend his lead to take victory as just five cars made it to the finish line. 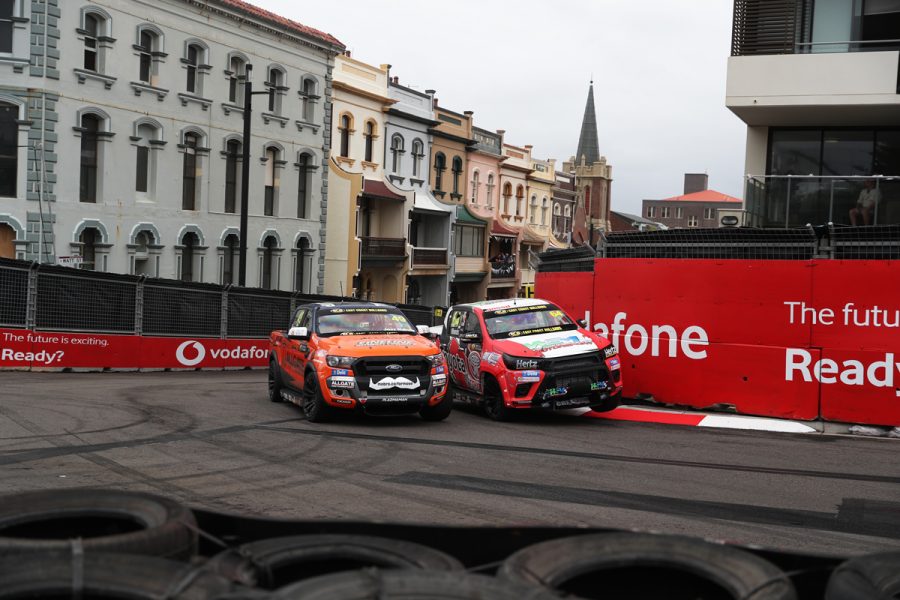 Alexander now holds a 71-point lead in the series over Crick, with a maximum of 70 on offer for the final race this afternoon.

That means Alexander wins the 2019 SuperUtes title – a maiden drivers’ championship for the Kiwi driver and for Ross Stone Racing in the dual-cab category.

“To wrap up the title a race early is awesome. It makes Race 3 a lot easier, but we still have a job to do. We’ll be celebrating hard after Race 3 though," Alexander said.

“It’s a shame there was so much carnage at the start, it’s not the way I wanted to win the title.

“It would have been much better if everyone had finished.”

From the rolling start, Craig Thompson led early, until he was pipped by Elliot Barbour and Harris towards the end of the opening lap, before trouble struck on lap 2.

Barbour entered Turn 1 hot and clouted the tyre barrier nose-first, which left Harris, Thompson and then Ben Walsh with nowhere to go.

Harris limped back to the pits with substantial front-end damage, while Barbour, Thompson and Walsh were all left with stricken Utes at the first turn.

"I just locked the fronts heading into Turn 1 and it wouldn’t turn," Barbour explained.

“Once it hit the tyres, the belting just dragged it into the wall and unfortunately the others had nowhere to go.” 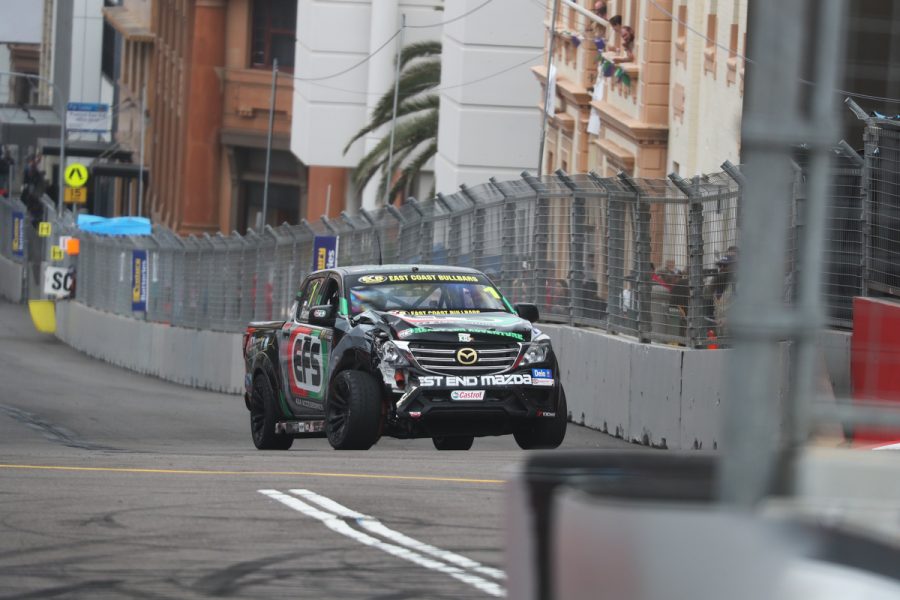 Racing resumed at the start of the fifth lap, with Formosa in the lead, before Woods made light work of the Ranger Racing driver and slotted into the lead at Turn 2.

Following suit, Alexander then got by Formosa into Turn 1 on lap 6, with the Ford driver losing out to Crick at Turn 10 on that same lap.

Alexander applied pressure for the remaining laps, but couldn't find a way past the Toyota driver, who took his first win of the season.

Team Triton's Crick held on to third, ahead of Formosa and SuperUtes debutant Layton Barker in the Phoenix Contract Toyota Hilux.

“I caught Tom towards the end of the race while he and Craig were battling, but I wasn’t quite quick enough heading into the overtaking zones to be able to mount a challenge," Crick said.

Harris, Thompson, Barbour and Walsh were unable to continue after the early incident and look unlikely to make it out for the finale.

The third and final race of the 2019 season will take place at 2:15pm local time.