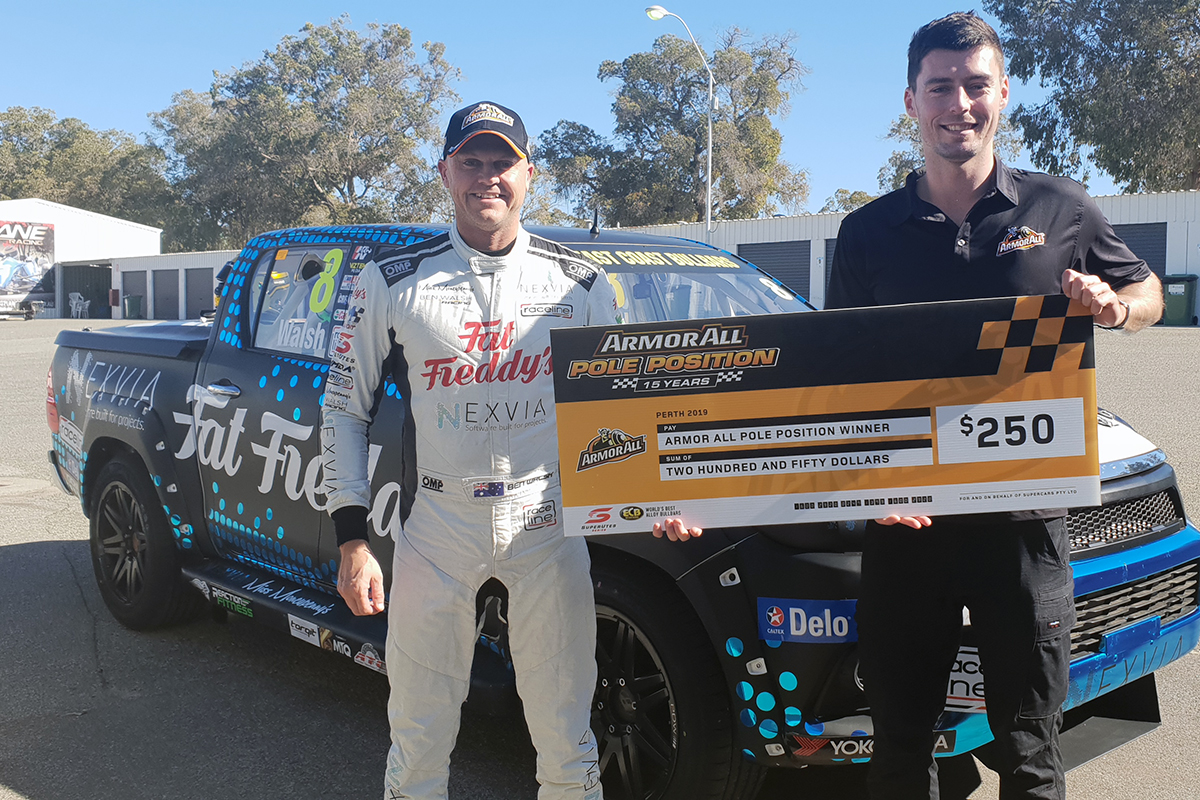 The Toyota Hilux driver recorded a 1:12.0979s after the chequered flag had flown in ARMOR ALL Qualifying at Barbagallo Wanneroo Raceway.

That was good enough for top spot in the 20-minute session, leading the way by just 0.0347 seconds ahead of Ross Stone Racing's Tom Alexander.

Alexander, who set the pace in Thursday practice, led for the bulk of the session, until he was pipped by Walsh.

In another Mitsubishi, Cameron Crick will start the opening race from fifth, having returned to the pits mid-session with what appeared to be mechanical dramas.

Micheal Sieders was sixth aboard the Western Sydney Motorsport Hilux, ahead of SuperUtes debutant Peter Major, who jumped up into seventh within the closing stages.

Craig Woods was another to run into trouble, in the form of a broken tailshaft after recording a time that was good enough for eighth.

Christopher Formosa and Ben Falk rounded out the top 10, from Ronnie Conquest, a last-minute addition to the field.

Conquest joined the fray in qualifying aboard the Peters Motorsport Holden driven by Gil Slade in Practice 2.

The opening 12-lap race starts at 4:50pm on Friday, followed by Race 2 and 3 on Sunday, as part of the the PIRTEK Perth SuperNight