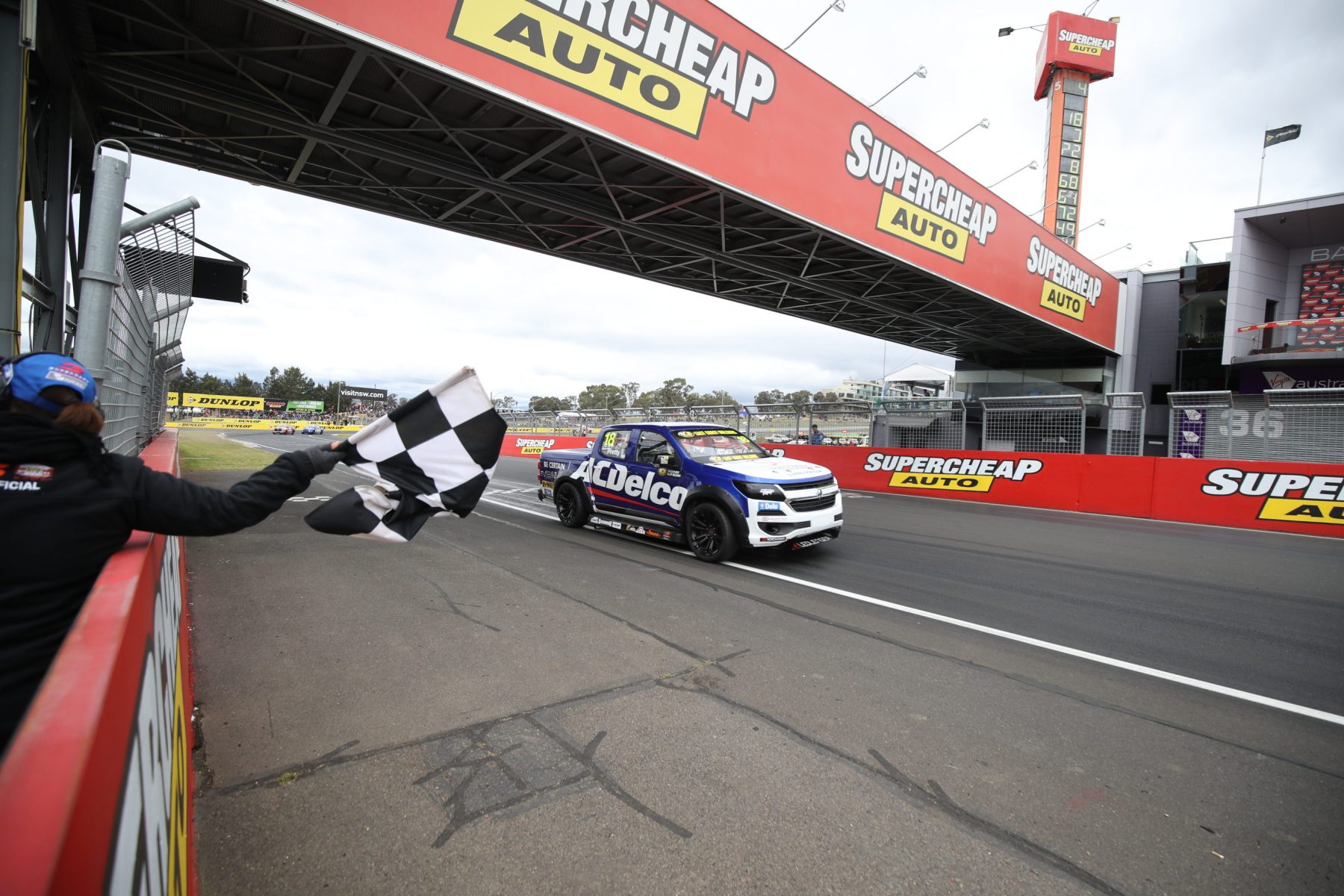 Team 18's Nathan Pretty has taken out the sixth round of the ECB SuperUtes Series, with victory in the third and final race at the Supercheap Auto Bathurst 1000.

After finishing third in the opening two races, Pretty completed his weekend at Mount Panorama with a maiden SuperUtes win to claim the overall spoils.

The Holden driver finished 3.9882 seconds ahead of Team Triton's Cameron Crick, who recovered from Race 2 accident damage to place second for the race and fourth for the round.

“I knew the car was going to be good in that race, because we had shown strong speed all weekend,” Pretty said.

“I had a good battle with Ben – he’s not easy to pass but it was a good fair fight.

“This weekend has been really good for Team 18 – they haven’t had a lot of luck with mechanical problems and crashes, so it’s fantastic to achieve a result for those guys.”

With the weekend's results, Tom Alexander (pictured below) extends his lead in the series, 39 points ahead of Crick, as Ben Walsh moves to third. 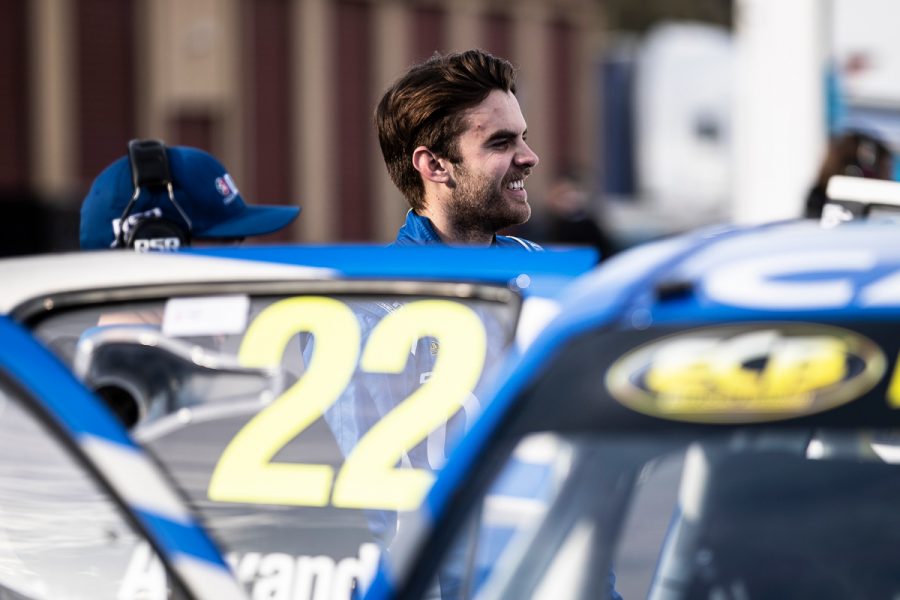 Ryal Harris drops from second to fourth in one race, having not started the finale due to engine trouble.

From the rolling start, Walsh got away smoothly and controlled proceedings for the majority of the first lap, until Pretty got by at The Chase.

Walsh then applied pressure in his Fat Freddy's Toyota Hilux but couldn't find a way past the ACDelco #18 Holden Colorado.

At the time, Walsh was second ahead of Alexander, until the pair came together at The Chase during the second lap, which dropped Alexander to fifth and gifted Crick third.

From there, the top three remained the same until Crick put a move on Walsh for second at Turn 1 to start the fourth lap and made it stick.

Later in the lap, Alexander followed suit and got by Walsh heading down Conrod Straight, moving into third, where he would ultimately finish.

“We had really good pace in that race – to come away from the weekend with a lap record at Bathurst is cool,” Alexander said.

“Unfortunately I tangled with Ben in the Chase, but I had the pace to come back through to third.

“Championship-wise, we’re very happy with our position, but there’s still a long way to go.”

Ranger Racing's Christopher Formosa went on to take eighth, ahead of Matthew Spratt and Bayley Hall, who stopped with engine troubles at Sulman Park on the last lap.

Defending champion Harris and Team Triton's Elliot Barbour were both non-starters due to engine troubles in the second leg this morning.