The motivation behind Pretty’s mega cameo 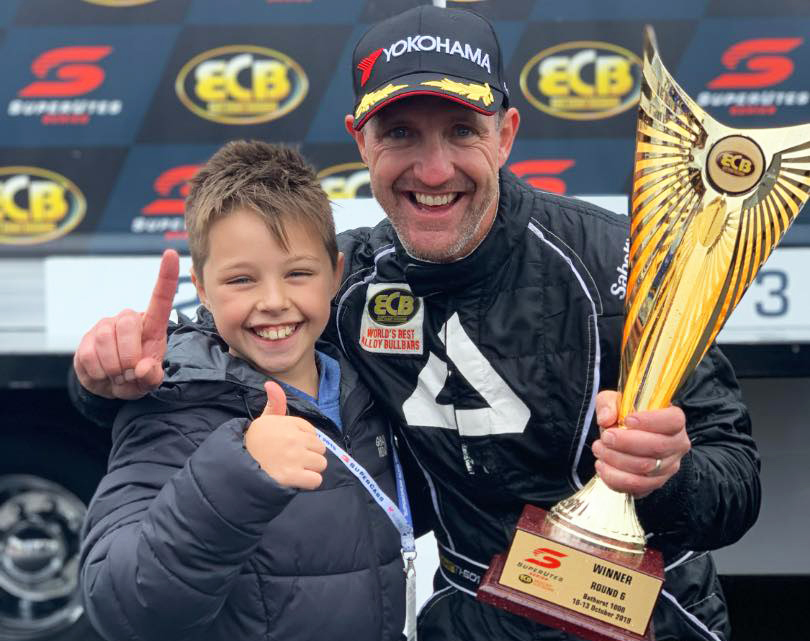 The opportunity to have his son watch him cut laps around Mount Panorama was a leading reason behind Nathan Pretty joining the ECB SuperUtes Series at Bathurst.

Making his debut with Team 18, Pretty finished third in the opening two races before completing his weekend with a maiden SuperUtes win to claim the overall spoils.

He brought along his 10-year-old son Cooper, who had never before watched his Dad compete at the iconic circuit described by Pretty as "the most special section of road in Australia."

"It was one of those things, when the deal came together it came quite fast with Charlie and my deciding factor in actually doing it was my son," Pretty told Supercars.com.

"He came up and it was just him and I up there with our little team and that was one of the deciding factors in me doing it.

"He was so proud of me and to have him come up there, he helped clean the car and he enjoyed himself and loved it. 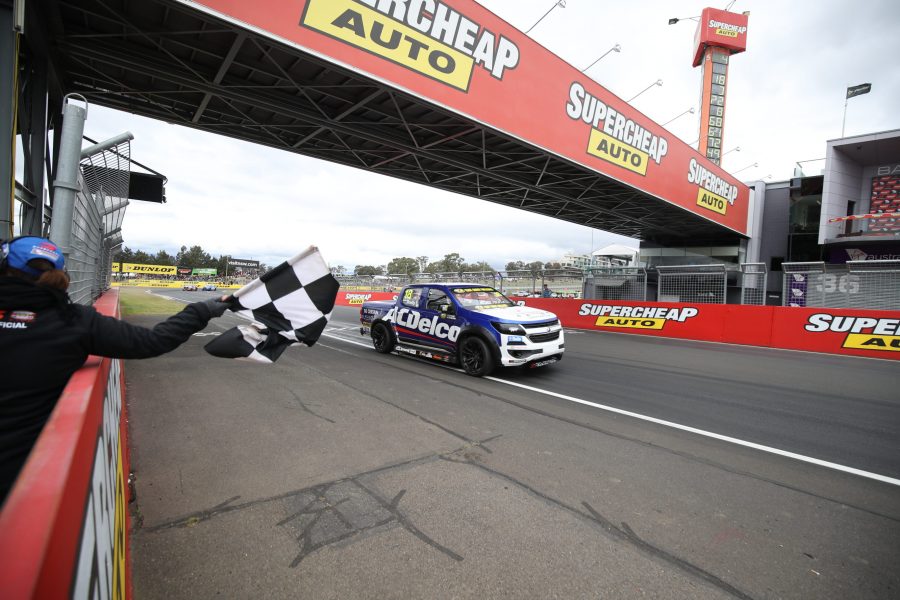 "It was really cool to get out after winning that last race and when I got back to the pits he came running up to me and congratulated me, it was very cool."

Pretty thoroughly enjoyed the opportunity to drive the ACDelco Colorado.

"It was good to get the call up and come have a go at it and see what the hype was all about," he added.

"They were actually a lot of fun to drive, totally different driving technique to what I was used to with Supercars and the other Ute [the former V8 Utes series], but it was good to get a handle on it.

"To go up there and have a run in it, it was very enjoyable. It's been a few years since I've even sat in a race car, so it was very rewarding."

Pretty puts his success at Mount Panorama down to his ability to stay out of trouble and be consistent at what can be a brutal circuit.

"It's the old analogy of 'if you finish first, first you have to finish' and that's been a strong point of mine over the years," he explained.

"Always just to try and minimise damage as much as we can and come away with a big bag of points."

The next stop on the SuperUtes calendar is the Vodafone Gold Coast 600 on October 25-27.