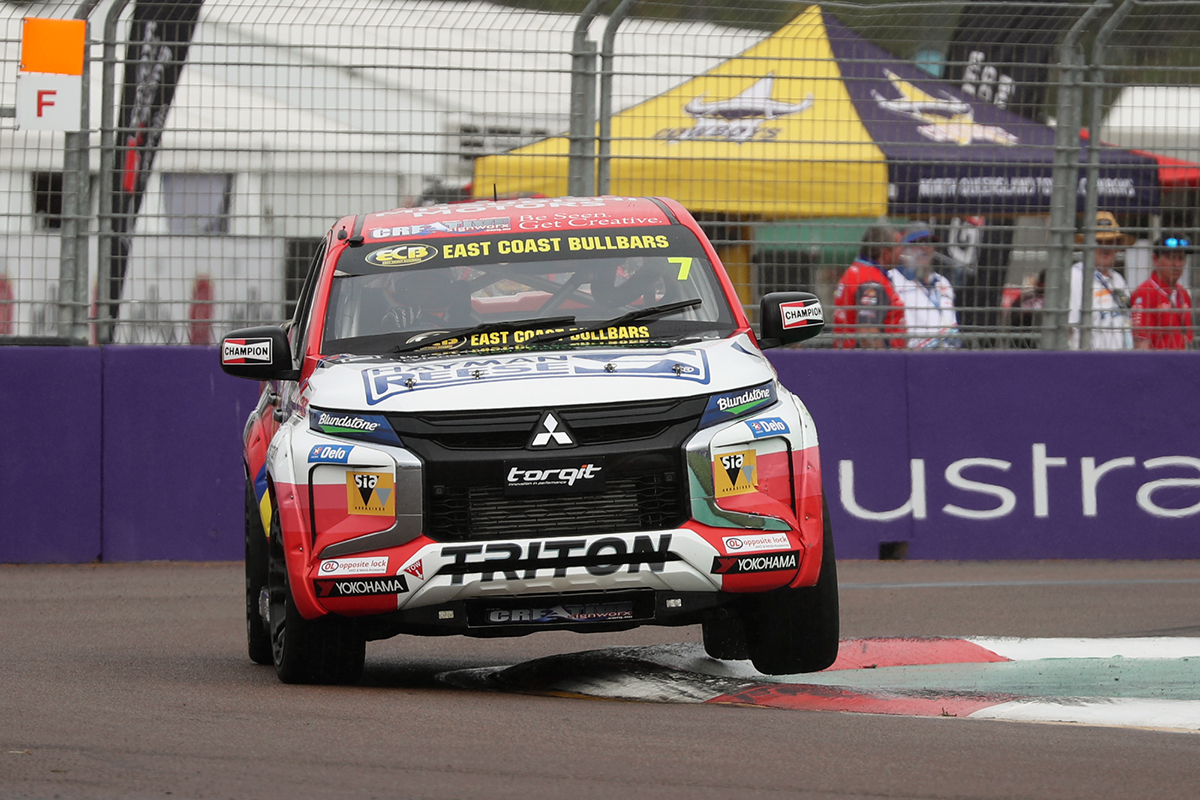 Cameron Crick will start Saturday's ECB SuperUtes Series opener in Townsville from pole, having topped ARMOR ALL Qualifying on Friday.

The 21-year-old put in a 1:32.8054s at the halfway point of the 20-minute session in his factory-backed Team Triton Mitsubishi.

Crick claimed pole and the round win last time out at Winton and was third in Friday's two practice sessions.

"I’m obviously stoked to score back-to-back poles, but there was more in it," Crick said.

"I did my best time on the fourth lap, and I don’t think I maximised the advantage of the new tyres when they were at their best.

"I’m very impressed with Toby’s performance; I’ve raced here twice before in a Toyota 86 so I know the track, but it’s Toby’s first time here so he’s done an amazing job."

His qualifying effort was ultimately 0.2614 seconds ahead of Price, who grabbed a maiden SuperUtes victory at Winton.

"It’s been a good day for the team, although Cameron keeps taking the ARMOR ALL Pole cheques off me," Price said.

"It was good to get a clearer run with the weather in qualifying, and second is a good place to start – now I need to put some pressure on Cameron in the race tomorrow."

Defending champion Ryal Harris will start third, having topped the timesheets in rain-hit practice with a 1:38.6926s lap aboard the rebuilt EFS 4x4 Mazda BT-50.

Series leader Tom Alexander bounced back from a loss of power through practice to take fourth in qualifying aboard his Isuzu.

Woods struck trouble in the second practice session, clouting the wall at the exit of Turn 6 on his outlap in the slippery conditions.

"In the second session I had a broken gear selector, so we spent a lot of time in the pits getting it fixed," Woods said.

"When I came back onto the track, I underestimated the lack of grip and crashed.

"Fortunately the damage wasn’t too bad, and we were able to fix it with cable ties and race tape; in qualifying, I was just trying to build up confidence again.

"Hopefully that’s our bad luck done for the weekend and we can get through the races without any DNFs."

Ranger Racing's Christopher Formosa finished eighth and last in both qualifying and practice, as the only Ford Ranger in the field.

Her Peters Motorsport Colorado was taken offsite for repairs and is expected to return for the opening race.