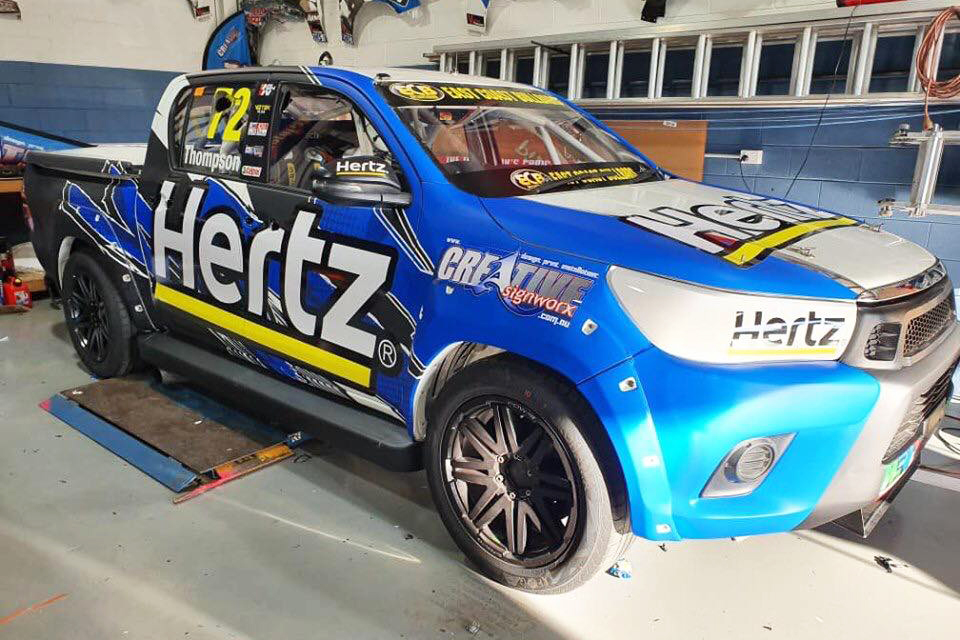 Western Sydney Motorsport boss Craig Thompson is preparing to switch roles at the third round of the ECB SuperUtes Series.

Thompson is making his SuperUtes debut this weekend at the Truck Assist Winton SuperSprint, aboard a WSM Toyota Hilux.

He is, though, no stranger to the on-track action, currently competing in Aussie Racing Cars, aboard a Mustang.

A SuperUtes debut will come in the Sieders Racing-prepared Toyota driven by Michael Sieders in Adelaide and Perth.

Thompson got his first taste of the Hilux at Wakefield Park Raceway last week.

"I've just concentrated on my Aussie Racing Car, which is what I normally drive, but the opportunity to drive has popped up," Thompson told Supercars.com.

"I said to Luke [Sieders] that I'm interested in having a run in the SuperUtes at some time, and because my schedule is free at Winton, I thought it would be a good opportunity.

"Unfortunately Mick Sieders doesn't have the package together to race at Winton, so I've taken that option.

"I had my first test in the Ute at Wakefield, so I spent the day getting my head around the brake package and the throttle application and how the car moves around the track.

"I don't expect to be racing towards the front, but hopefully I can mix it in with the middle guys and progress through the weekend." 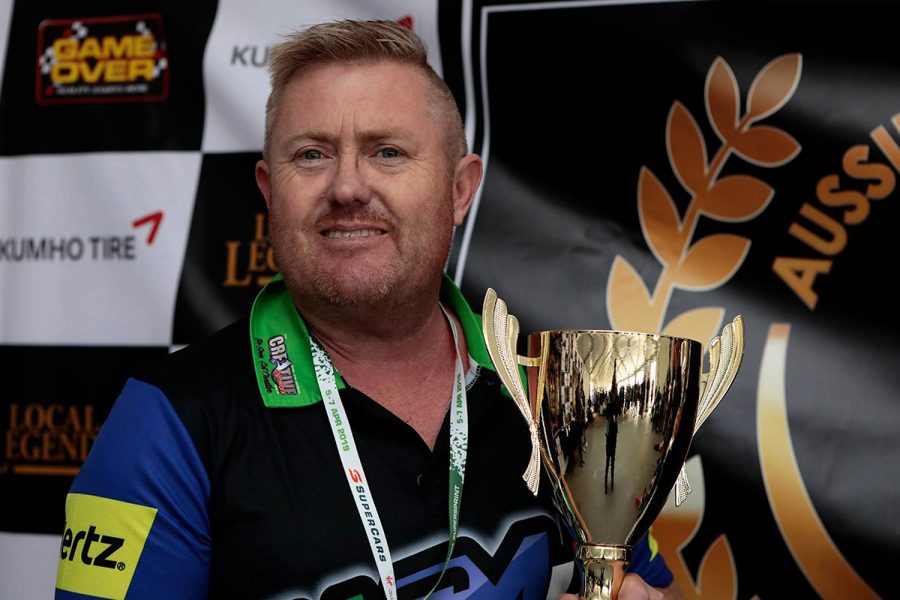 Thompson has spent the last five years in Aussie Racing Cars under his own team banner and currently sits 10th in the points after two rounds this season.

The WSM Hilux will sport Thompson's regular number #72 and carry backing from Hertz, which sponsors his Aussie Racing Car.

"I'm up against more experienced competitors that have been driving these Utes for over 18 months now," Thompson said.

"I've only had one decent test in it, so I don't expect to push the guys at the front.

"Hopefully I can keep the car straight and clean, and learn off the guys who I'm racing against within the team and look at their data over the weekend and see how I can progress."

Asked if he'll drive the Hilux again post-Winton, Thompson replied: "I guess we'll put a big question mark on that at the moment, we'll see how I go.

"As the team owner I'm invested in giving the opportunity for other drivers to step in before me, but if there is an opportunity towards the end of the year and I'm comfortable in the car, then I'll most likely take the opportunity."

Thompson will be joined by two more debutants within the Sieders garage at Winton, father-and-son pair Gerard and Jaiden Maggs.

One of his Aussie Racing Car rivals, Jeff Waters is another newcomer in Ranger Racing's second Ford.

2019 Truck Assist Winton SuperSprint  ›
Stay In The Know
Sign up to the Virgin Australia Supercars Championship Newsletter
This website uses cookies to improve your user experience. By continuing, you will be providing your consent to our use of cookies.Ok