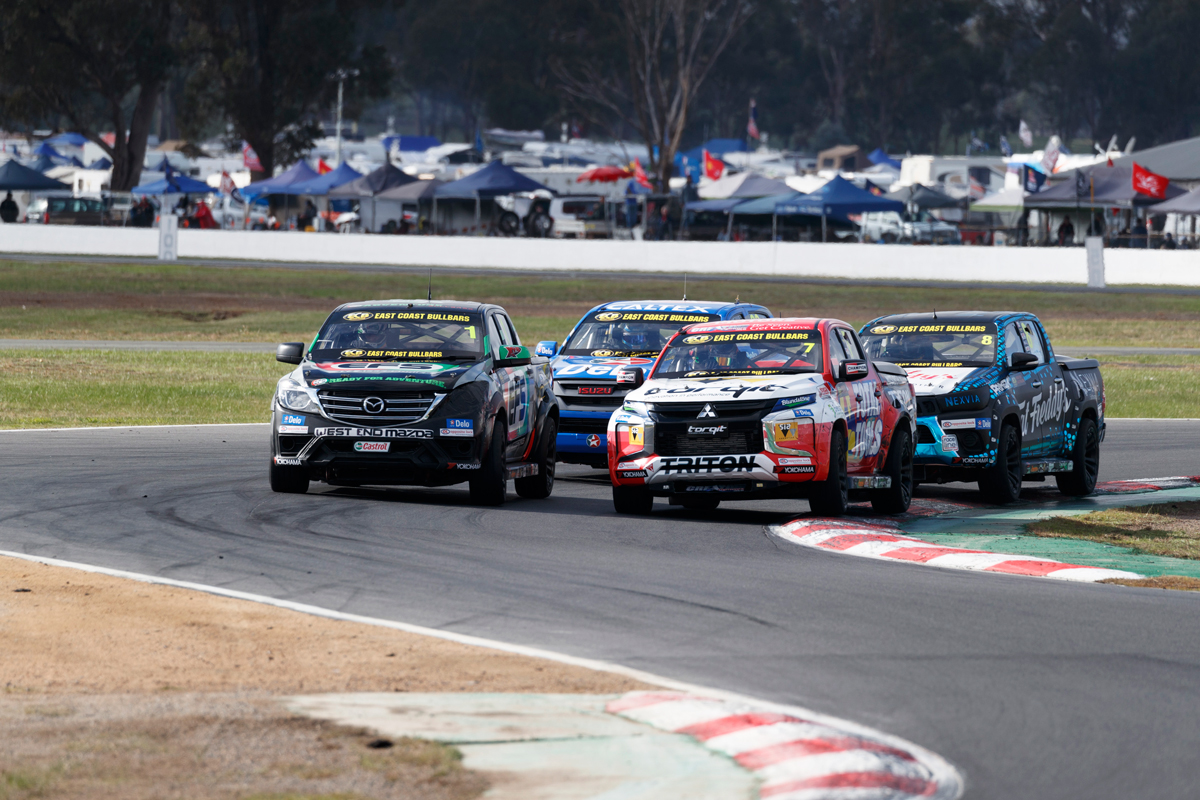 Nearly nine months after the opening race in Adelaide, the 2019 ECB SuperUtes Series champion will be crowned in Newcastle this weekend.

Tom Alexander, Cameron Crick, Ryal Harris and Ben Walsh are all in with a shot, covered by 102 points, with 180 up for grabs across three races and a points-scoring qualifier.

That group is led by Ross Stone Racing's Alexander, who enters 60 points clear of Crick, 96 ahead of defending champ Harris and 102 in front of Walsh.

Five points is awarded to the top qualifier, a maximum of 70 for Races 1 and 3, and 35 for the reverse-grid second leg.

Supercars.com looks at how the contenders got here, across the season's first seven events, beginning at the Superloop Adelaide 500. 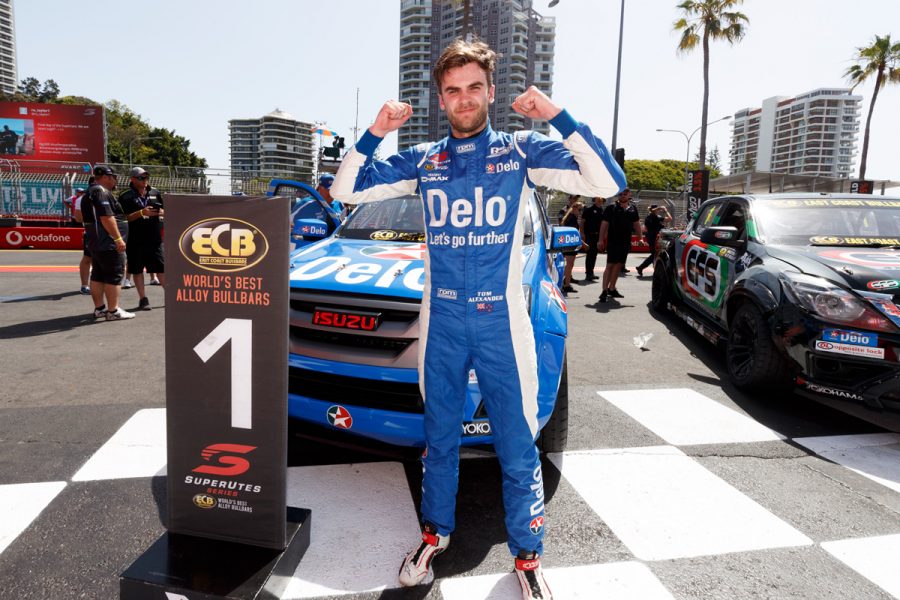 Switching from a Holden Colorado to an Isuzu D-MAX in the category’s second season, Alexander is in the box seat, having finished third in 2018.

The Kiwi driver enjoyed a strong start, recording the first win for Isuzu in Perth, where he took the points lead.

Despite leading the championship by 70 points after the Winton event, Alexander struggled at Rounds 4 and 5 in Townsville and Ipswich.

He fell to second in the points heading to Bathurst, but retook top spot at Mount Panorama after a few costly races for his competitors.

Last time out at Gold Coast, Alexander was consistent across all three races, with finishes of second, third and first respectively.

With that, Alexander now leads with a 60-point buffer, with one round remaining. 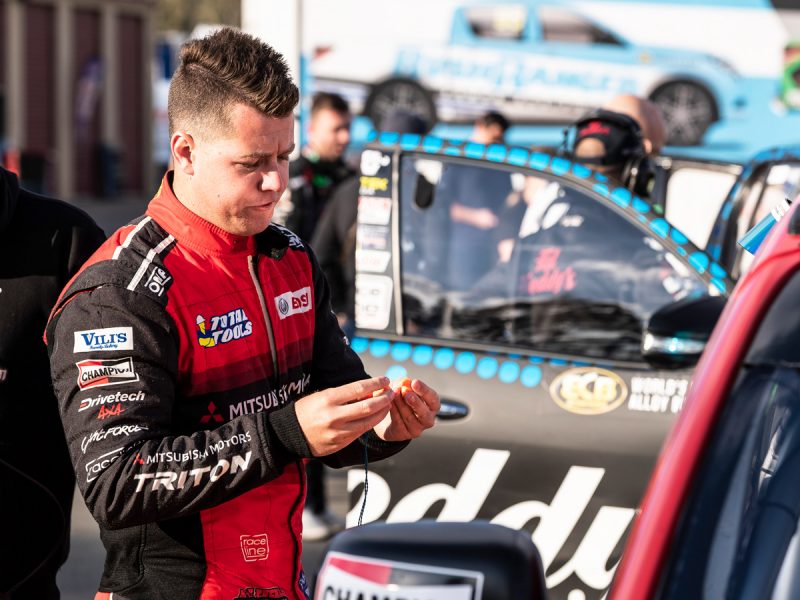 He got his first taste of SuperUtes at the Queensland Raceway and Gold Coast rounds last year, and then stepped up this season to full-time duties with Team Triton.

After a quiet start in the Adelaide opener, finishing third, fifth and eighth, Crick then endured a tougher second round in Perth, including a DNF in Race 1.

The 22-year-old from Sydney bounced back at the next two events, taking back-to-back round wins at Winton and Townsville.

An up-and-down Bathurst, with a win in the first race, DNF in the second leg and second place finish in the finale put him in contention for a title shot.

A win and two fourth place finishes at Gold Coast has him as Alexander’s closest challenger at crunch time. 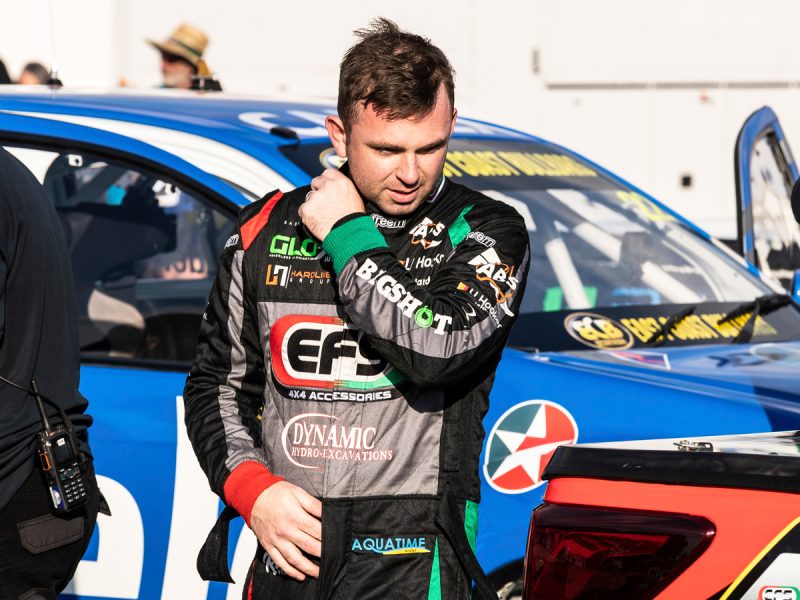 The defending champion returned for a second season with Peters Motorsport, eager to claim back-to-back titles.

Harris was a pre-season favourite but has found himself playing catch-up for the bulk of the year, chasing Alexander each round.

Bouncing back as the season panned out, Harris drew level with Alexander at Queensland Raceway, with the pair equal on points heading to Bathurst.

At Mount Panorama, a blown engine put an end to his race in the second leg and forced him to miss the third altogether, dropping him to fourth in the standings.

Last time out at his home track, the Gold Coaster took a pair of seconds along with a race win in the opener to close the margin to 96 points. 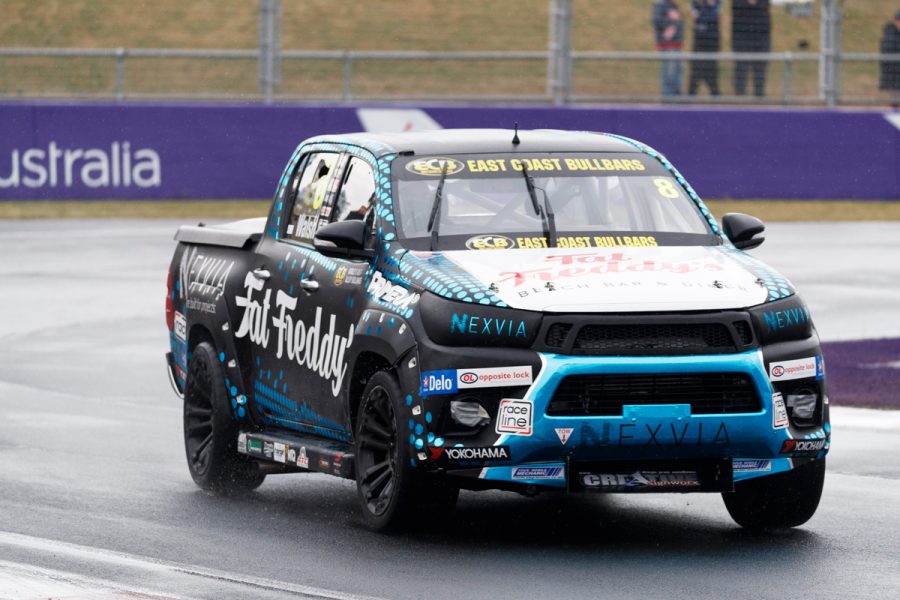 Last season, Walsh finished fourth in the standings, with overall podium results at the Sandown, Bathurst and Newcastle events.

The 41-year-old has been chasing a maiden win all season but has fallen just short on many occasions, with three runner-up placings.

He claimed a maiden ARMOR ALL Pole Position at Perth in May but was unable to convert that into a win.

Consistency has been his game over the course of the season, and that's kept him in with a fighting chance.

The former open-wheel racer from the 1990s now trails 102 points adrift – however as we've seen in the past, anything can happen in a single round.