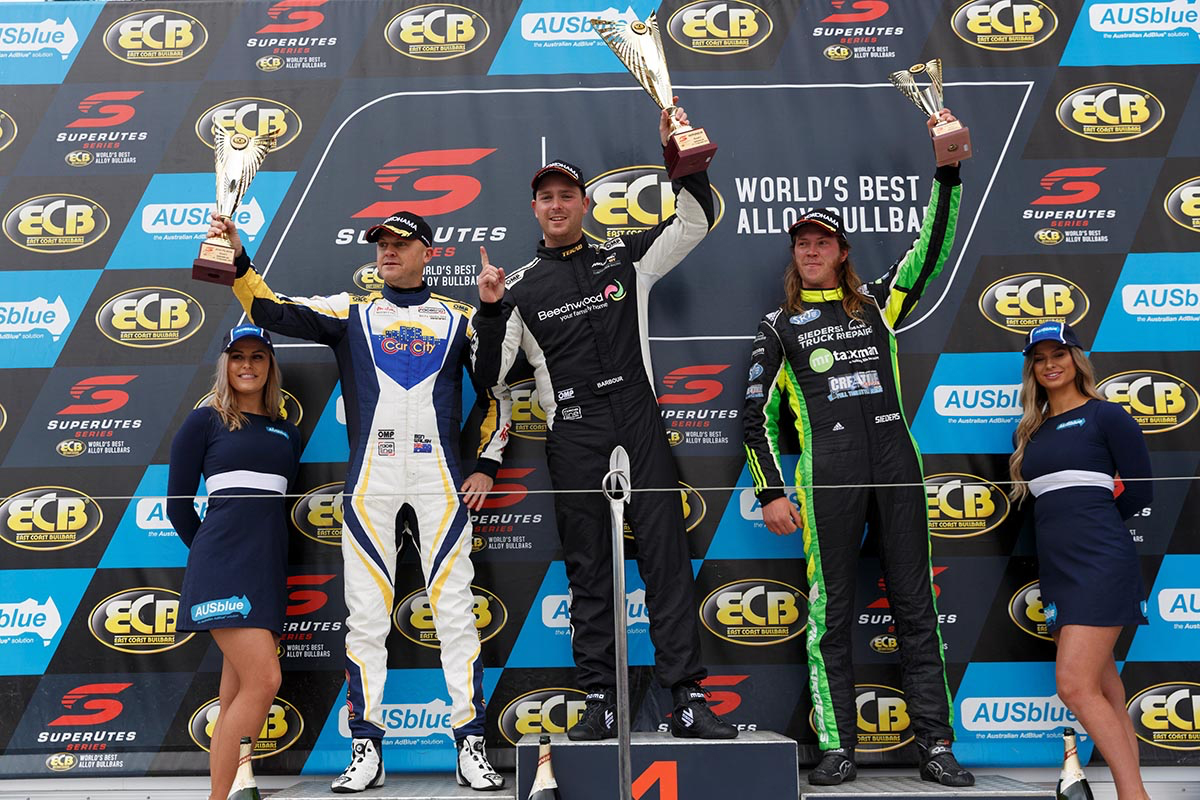 Barbour, filling in for Toby Price with the factory-backed Team Triton, took out the Sandown round with two race wins, a second and an ARMOR ALL Pole Position to his name.

The Melbourne-based driver was making his second SuperUtes start, having raced the #87 Triton in Townsville in July.

He took out Saturday's opening race from pole, then followed team-mate Michael Sieders across the line in Race 2 and won Race 3 on Sunday.

"In Townsville, in that first practice session we were fast and then we just had a few dramas creep in over that weekend that sort of stopped us going any faster," Barbour told Supercars.com.

"After that I had confidence that we could run at the front and I was confident that our package in the Triton was strong.

"You never really know, but I was pretty confident leading into it and I've always run well at Sandown, something seems to click with me there.

"To put it on pole was pretty awesome and to do it the way we did it with such a gap, and to only have to do two laps and then sit down in pitlane for the rest of it was pretty cool.

"That was really the start of what was almost a perfect weekend for me and probably the best weekend I've ever had in motorsport."

The 27-year-old has raced in a range of classes, including the Dunlop Super2 Series, V8 Utes, Production Cars and Australian GT in recent years.

Barbour says his mindset has changed from the earlier days in his career, which included contesting the 2011 Australian Formula Ford Championship with drivers including Cameron Waters and Jack Le Brocq. 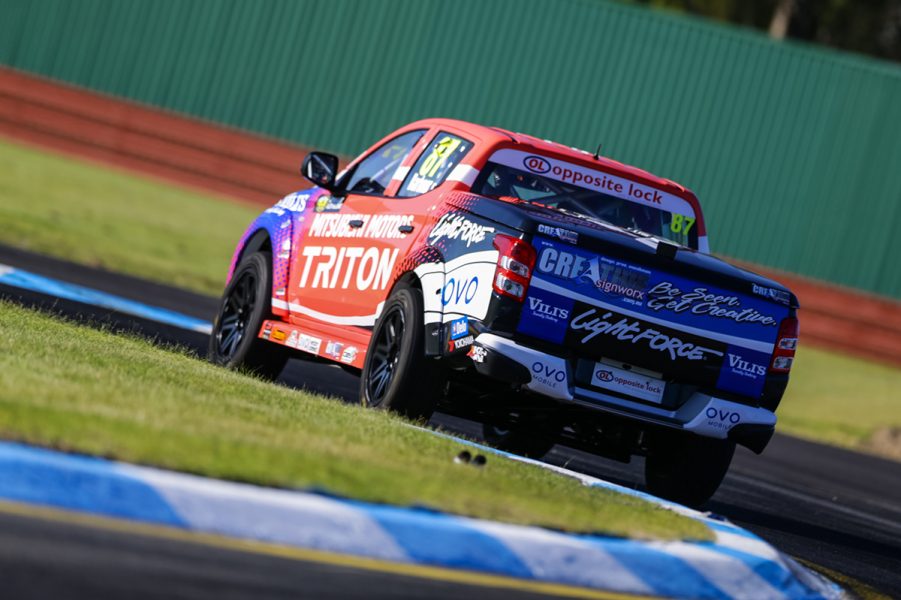 "I think I was a lot more relaxed at Sandown to be honest," he said.

"I think just where I'm at in life, when you're younger, you're set on making a career in Supercars and you put so much pressure on yourself.

"As soon as you have a bad lap or a bad day, it just comes down on you and you end up performing worse, because you're more stressed out.

"I've been driving for long enough and the position that I am in, just knowing that my role is to go there and assist the team, the team put heaps of faith back into me."

Barbour feels there is "a little bit of unfinished business in my driving career" and would relish a full-time SuperUtes program.

"I look at guys like Chris Pither that used the old V8 Ute format to reforge their career and actually get a co-drive - Chris went back to main game and then Super2," said Barbour.

"If we can get the funding to put the program together for me to do a full-year next year, I definitely want to try and do that, and contend for the title.

"If it leads to reforging or opening up opportunities for me to race at higher levels, then that would be awesome and that is obviously the plan.

"If I can race in the SuperUtes for Mitsubishi and we can do well and someone wants to give me the opportunity to drive cars again, I'd love it."

Barbour is unlikely to race at Bathurst, due in part to his commitments working with Supercars driver Scott Pye's production company, One Nine Media.

He is, though, the highest-placed Mitsubishi driver in the points in 10th with Round 6 to be held as part of the Supercheap Auto Bathurst 1000 on October 4-7.