The first two completed SuperUtes have been revealed in Townsville alongside confirmation of key details for the new series.

A Ross Stone Racing Ford Ranger and Sieders Racing Team Mitsubishi Triton were uncovered in front of media at the Reid Park street circuit ahead of the series’ kick-off in 2018.

The Mazda BT-50, Toyota Hilux, Isuzu D-Max and Holden Colorado have also been homologated for the turbo diesel dual-cab category which replaces the traditional V8 Utes.

A standard Hilux and BT-50 were also present at the launch, with the latter set to underpin Peters Motorsport's entry into the series. 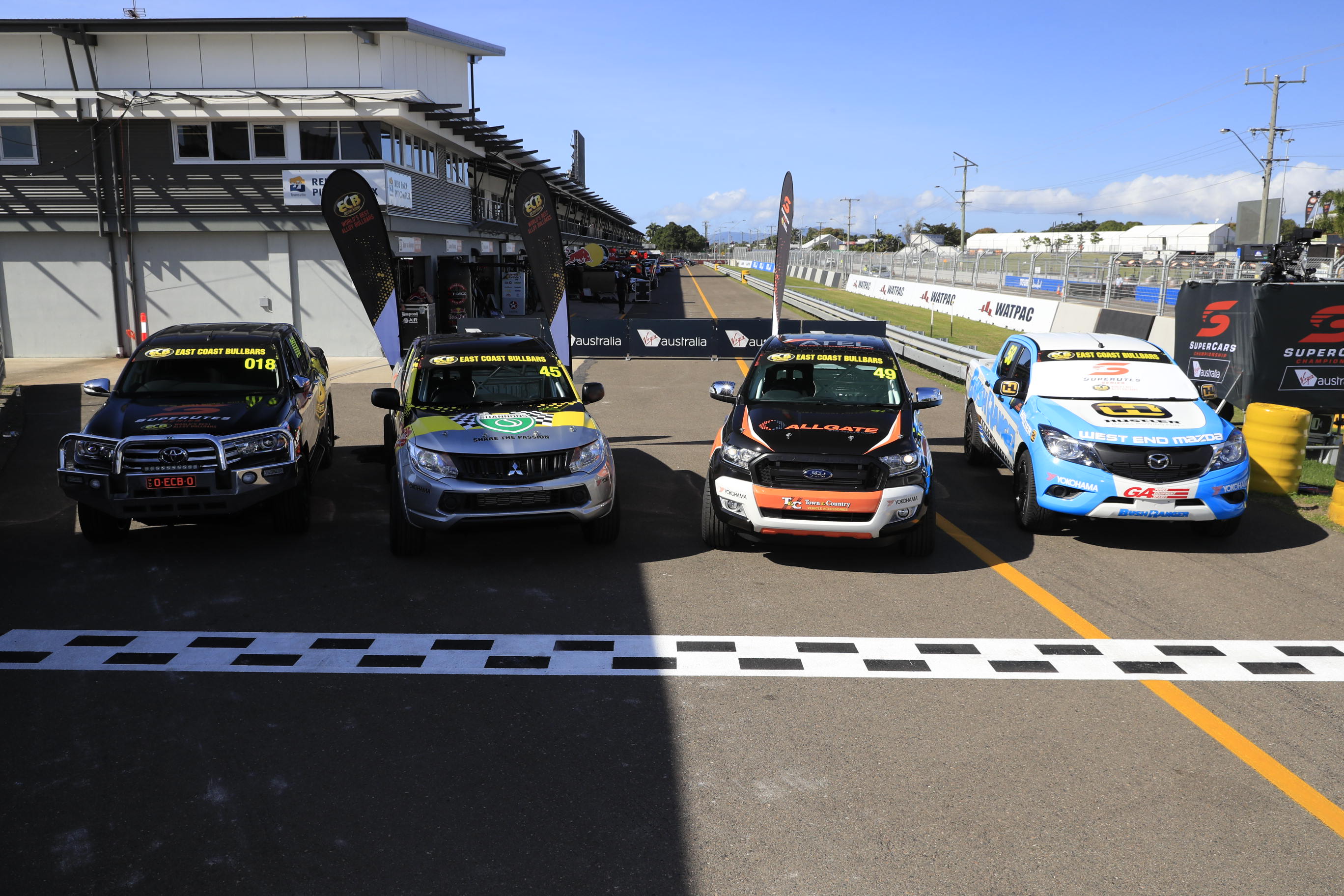 Long-time V8 Ute supporter East Coast Bullbars (ECB) has been confirmed as naming rights partner, with the class to run under the ECB SuperUtes Series name.

“ECB is a fantastic partner with an enormous passion for the ute segment which is the third highest category in the Australian car market to small cars and SUVs,” Braid said.

“This week the Ford Ranger and the Toyota Hi-Lux were again the most popular cars in Australia, selling more units than any other model in the country.

“These SuperUtes not only look stunning but are a purpose-built race car which will be amazing to drive, is market relevant, affordable and with the highest safety levels.

"This will be a fantastic series to compete in and for spectators to watch.” 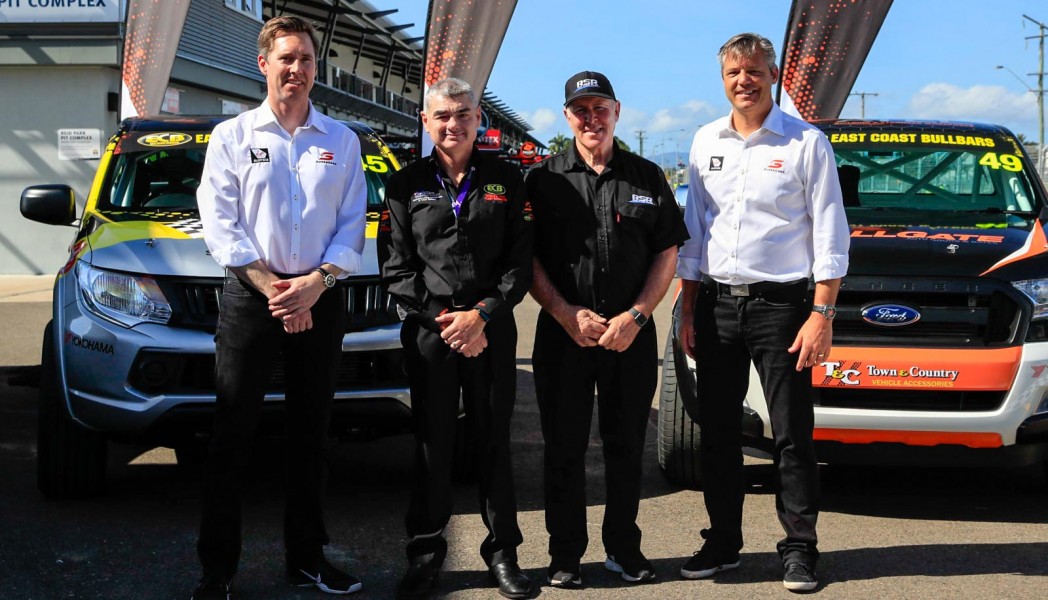 The production based race vehicles feature a list of control components including roll-cage, gearbox and differential, brakes, tyres, wheels, springs/dampers and pedal box.

Stone confirmed to Supercars.com earlier this week that he’ll field up to three SuperUtes, including the Ranger released today for youngster Christopher Formosa.

Sieders Racing is also planning a fleet of entries, with its first Mitsubishi to be piloted by South Aussie Craig Dontas.

“Ute racing has been a huge part of the Australian racing culture and we see this as the next phase for what has been an incredibly popular category for such a long time,” Dontas said.

“We have played a big part in the Series and are very excited about the future with SuperUtes as a new and market relevant platform which will bring news fans to the sport.

“Our plan is to run a multi-car operation. The goal is to expand to at least three SuperUtes with a junior development style program with at least one additional entry.”

21/10/2016
Stay In The Know
Sign up to the Repco Supercars Championship Newsletter
We use cookies to ensure that we give you the best experience on our website. If you continue to use this site we will assume that you are happy with it.Ok