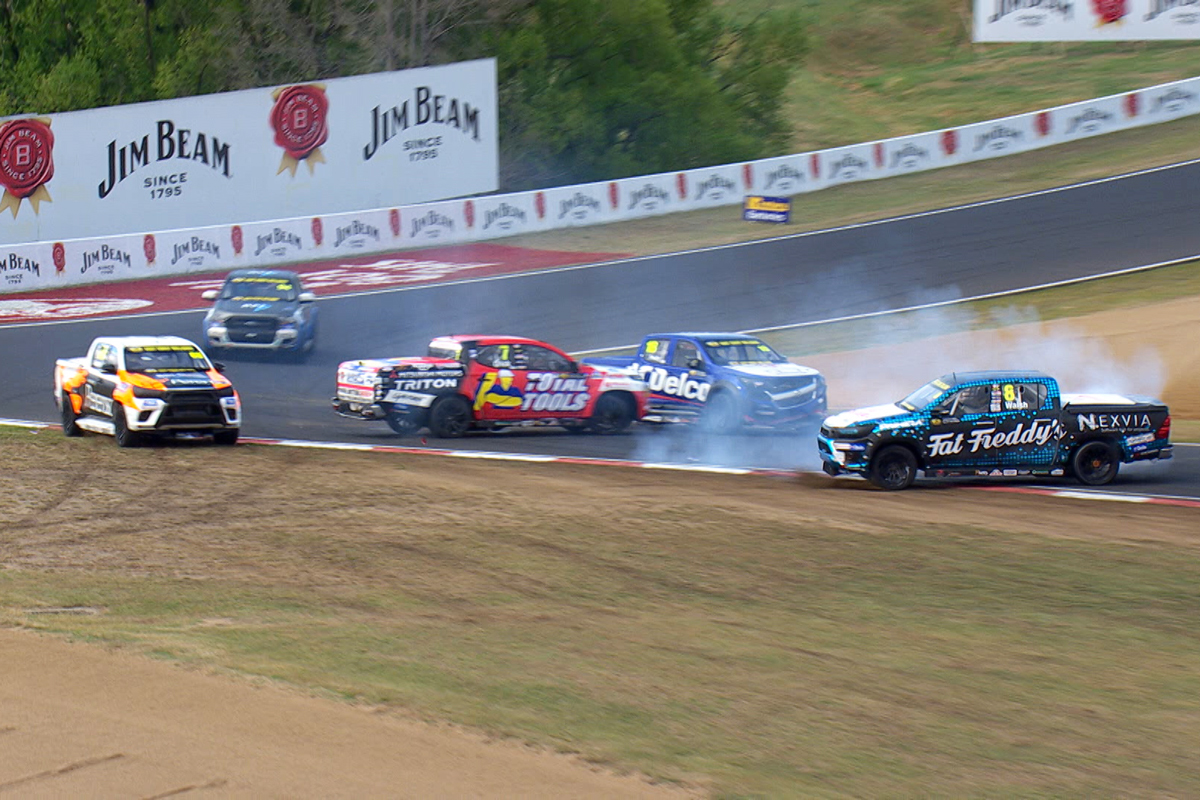 Tom Alexander has moved into the box seat in the ECB SuperUtes Series title fight after cruising to victory in a dramatic Race 2 at the Supercheap Auto Bathurst 1000.

Alexander finished an astonishing 2:13.5190s ahead of Craig Woods by the end of six laps after his series rivals Ryal Harris and Cameron Crick both failed to finish.

The result moved the Ross Stone Racing driver 11 points clear of Harris in the standings, with Crick another eight points back.

More significantly, Harris’ engine troubles have ruled him out of Race 3 this afternoon while Crick is also in grave doubt to line up following collision damage, meaning Alexander may streak further ahead.

Alexander made an outstanding start from sixth in his Isuzu D-MAX in the reversed grid to take the lead by McPhillamy Park on the opening lap and he would not be challenged from there.

“It’s really cool to win a race here at Bathurst, certainly something I’ve dreamed about for a long time," Alexander said.

“I got lucky off the start and was able to make a few spots, and I knew I had to clear the Rangers quickly.

"I took a few risky moves over the top of the Mountain, but credit to the guys because they gave me room.

“It’s a shame my title rivals Cameron (Crick) and Ryal (Harris) were out, it’s not the way I wanted to build a points lead, but you never know what might happen in the last two rounds, so we have to keep pushing on.”

From the rolling start, Ranger Racing's Christopher Formosa led early, with Bayley Hall a close second and ahead of Craig Thompson and Graham Edwards.

Alexander blitzed through the field and was up into second heading up Mountain Straight, before taking the lead of the race at McPhillamy Park moments later.

Woods, who started one position in front of Alexander, followed suit and got by Hall at Turn 1 on the following lap, moving into second.

Team Triton's Elliot Barbour was battling with Harris for third before the latter slowed on Mountain Straight with engine troubles, putting him out on lap three.

Barbour was the next to run into trouble, also with engine dramas on Mountain Straight, ending his race the following lap. He is also in doubt to take part in Race 3.

Two laps later, Crick put a move on Walsh for third at The Chase, but spun mid-corner, leaving Hall with nowhere to go, slamming into the left-side of Crick.

The contact plucked the left-rear wheel out of the Mitsubishi, leaving Crick stranded at The Chase and forcing for the Safety Car to be deployed.

Pretty and Josh Anderson, who were running sixth and seventh respectively, were the big winners, as they moved into third and fourth, where they'd ultimately finish.

Walsh recovered to take fifth in the Fat Freddy's Toyota Hilux, ahead of Western Sydney Motorsport's Thompson and Formosa.