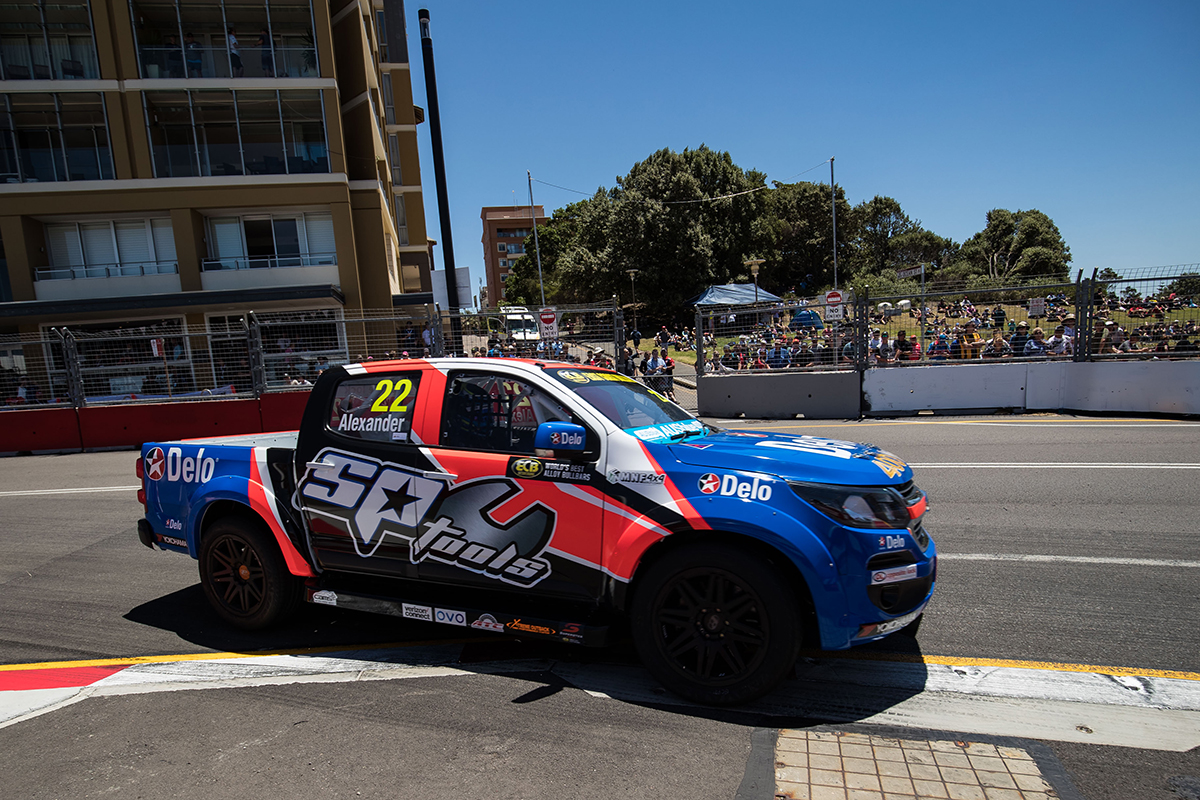 New Zealander Tom Alexander believes he had the pace to be a title contender in the inaugural ECB SuperUtes Series, his first foray into Australian racing, with a cleaner run.

The 25-year-old started in good form, winning a race in Adelaide's opener and then taking out the second round at Winton.

Teething problems with the new package and a crash in Townsville, though, kept him out of the title fight, despite winning six races.

He wound up third in the championship, 75 points behind victor Ryal Harris, after taking two race wins and the round honours in Newcastle's finale.

"I was pretty happy, obviously my first time racing in Australia, so it is cool to win races in your first year over there," he told Supercars.com.

"We had some ups and down and I think a couple of things sort of cost us a chance at the title.

"I think we were at times title contenders, but a couple DNFs really hurt us, especially having DNFs in different rounds.

"You could drop one round [in the points system], but if you have them in separate rounds it makes it quite difficult.

"We had some good points and obviously some low points as well, but that's motorsport, it is always going to happen.

"But we bounced back well and the last round was a really good way to end the year." 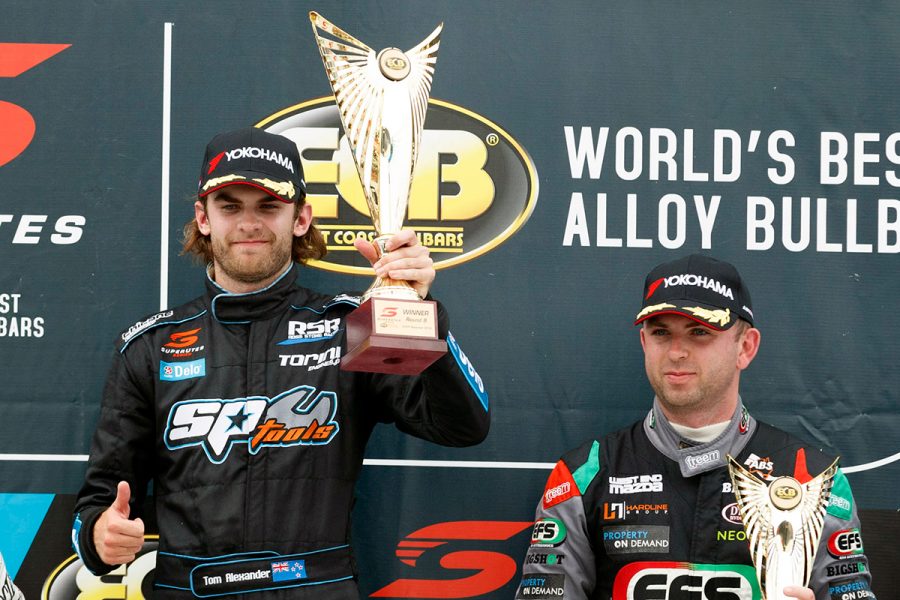 Only Harris, right, with 11 took more victories in the 2018 SuperUtes season than Alexander

In addition to learning new machinery with his SP Tools Colorado, Alexander spent the year coming to grips with Australian circuits.

Expected to return in 2019 with Ross Stone Racing, he's confident of putting that to good use.

"The big thing I think is learning the tracks and learning who you're racing," Alexander said of his maiden racing season in Australia.

"Coming over, not knowing any of the tracks when we got there on the Thursday, you're having to spend the whole weekend trying to learn that.

"You sort of get there towards the end, but by then the weekend is over, so it's good to be confident now that I've done most of the tracks and we won't be on the back foot.

"We'll be able to work on car-set up straight away now, rather than me trying to learn the track.

"Hopefully I will be back next year, which will be pretty cool to have a proper crack at the title.

"Hopefully we can try again and convert next year into a championship."

Tom Alexander  ›
Stay In The Know
Sign up to the Virgin Australia Supercars Championship Newsletter
This website uses cookies to improve your user experience. By continuing, you will be providing your consent to our use of cookies.Ok