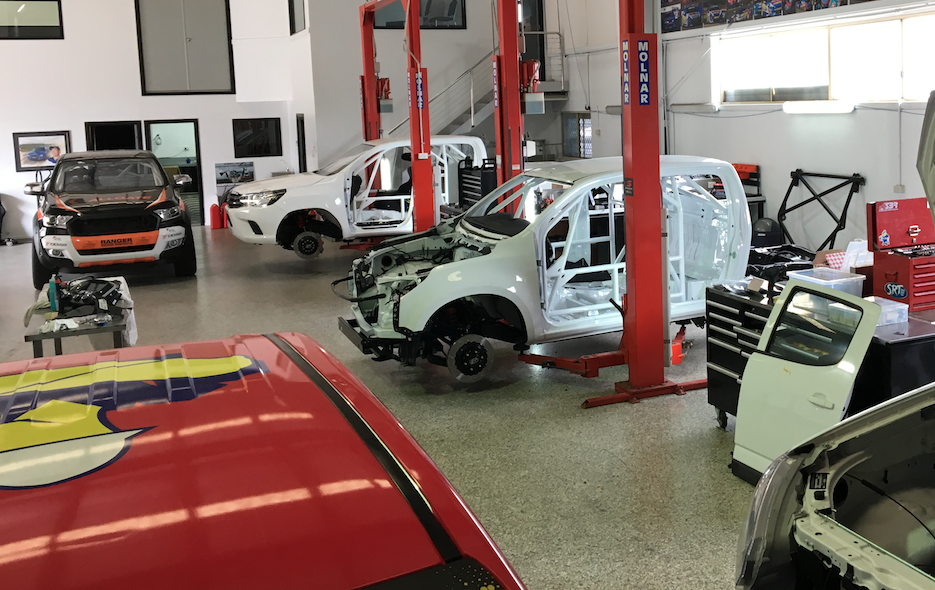 Legendary former Ford Supercars team owner Ross Stone is aiming to run a Holden Colorado as part of a multi-marque assault on the inaugural ECB SuperUtes Series in 2018.

After a period away from professional motorsport, Stone is at the forefront of the SuperUtes project, starting his own team and acting as technical consultant for the class.

It will be run by RSR for youngster Christopher Formosa, who has spent this season racing a Stone-prepared Holden in the final season of the V8 Ute Racing Series in preparation for 2018.

RSR’s workshop is currently housing the build of a further three SuperUtes – a Holden Colorado, Isuzu D-Max and Toyota Hilux.

Once completed, the Craig Thompson-owned Hilux will be delivered to Seiders Racing, where it is expected to be run in a five-Ute team consisting of three Toyotas and two Mitsubishi Tritons.

Stone, however, expects to run the Isuzu and Holden alongside Formosa’s Ford, and is also hoping to run a yet-to-be-determined fourth entry. 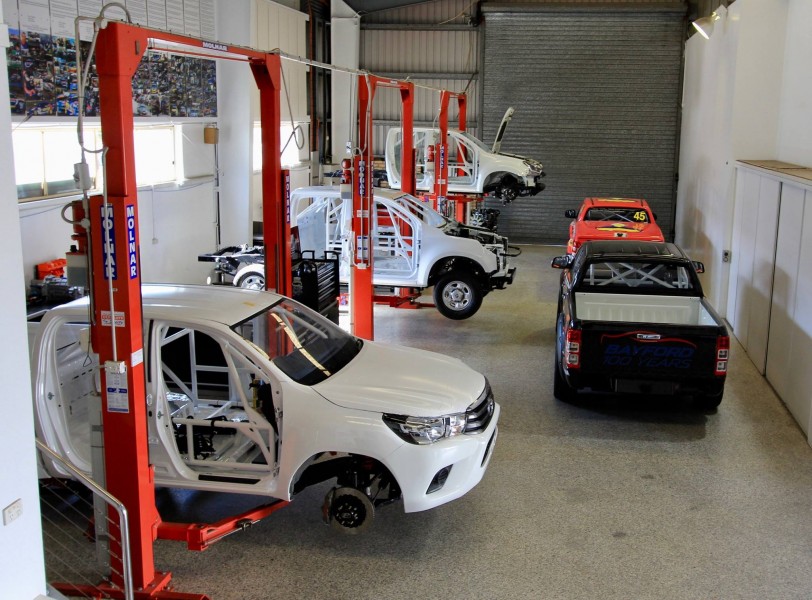 Five brands of SuperUte are currently at RSR

“We’re planning to run four ourselves, but there are a few loose ends to tie-up before we can confirm exactly what we’re doing,” Stone told Supercars.com.

“We’ll deliver the Hilux to Seiders once it’s completed, but it looks like we’ll run the Holden and the Isuzu for customers, like what we’re doing with Chris and the Ranger.

“Steve Wilson owns the Isuzu and he might transport it around and things like that, but we’ll look after the preparation for him.

“We’re still aiming to run our own entry as well, but we’re working through the details of that now.

“Spares-wise it’ll be a little bit more challenging to run different brands, but because the gearboxes and brakes and stuff are the same, it makes it doable.”

The Colorado SuperUte is expected to make its first public appearance as a static display at the upcoming Coates Hire Newcastle 500.

19/07/2017
Stay In The Know
Sign up to the Virgin Australia Supercars Championship Newsletter
We use cookies to ensure that we give you the best experience on our website. If you continue to use this site we will assume that you are happy with it.Ok