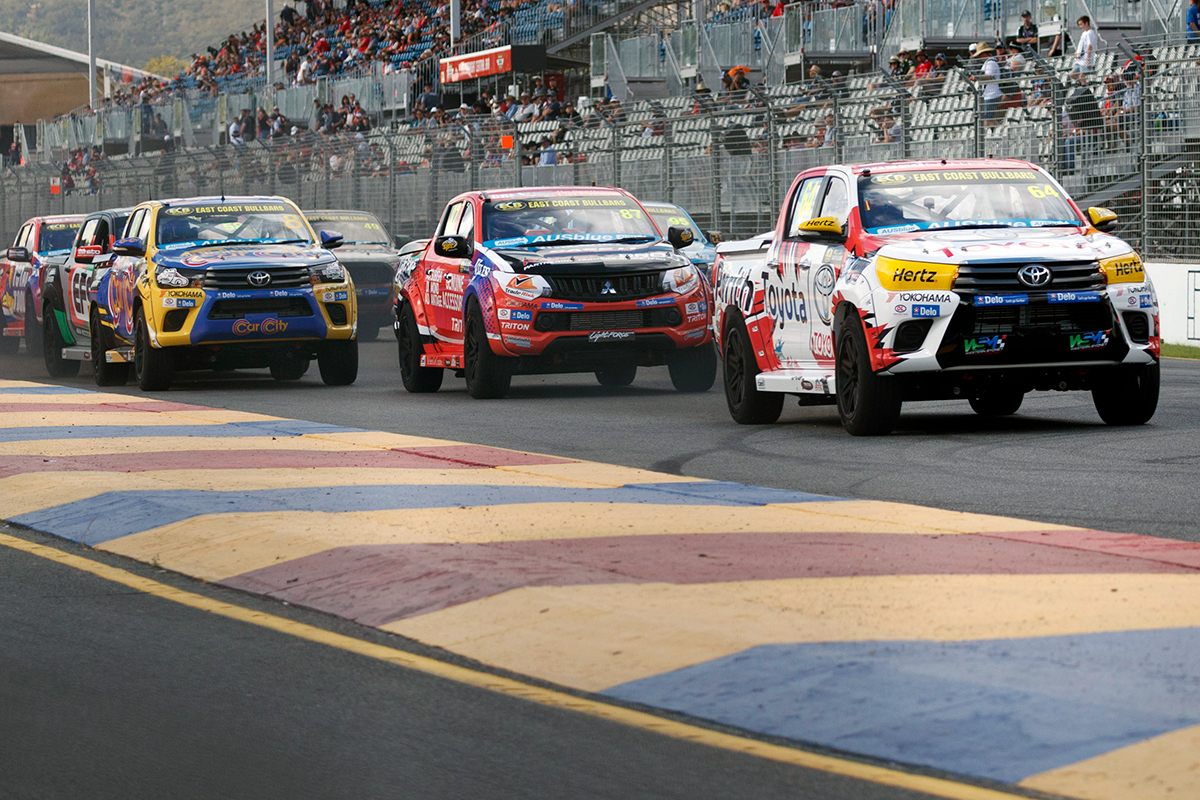 Taking a one-two with two different marques in the maiden ECB SuperUtes Series round marked an “emotional” end to the Adelaide 500 weekend for Sieders Racing.

Under the Western Sydney Motorsport and factory-backed Team Triton banners, the outfit runs three of Toyota’s Hilux and a pair of Mitsubishis.

It ultimately took a consistent Craig Woods to the round win in his Toyota, with Dakar Rally winner Toby Price second in his Triton.

Going racing capped a busy build-up for all teams in the all-new class, with turbo-diesel, twin-cab machinery.

“[Sunday’s result] was a little bit emotional for myself and the team,” Luke Sieders told Supercars.com

“It's been tough, It's been really hard on my boys, we've actually worked some really crazy hours.

“The boys haven't had much time at home, they probably forget what there spouses look like at the moment, but they're a fantastic group of boys and they've put in a really big effort.

"It's a pretty special thing for us, because we've probably gone over and above what most other teams have had to do and needed to do, and to bring all five cars.” 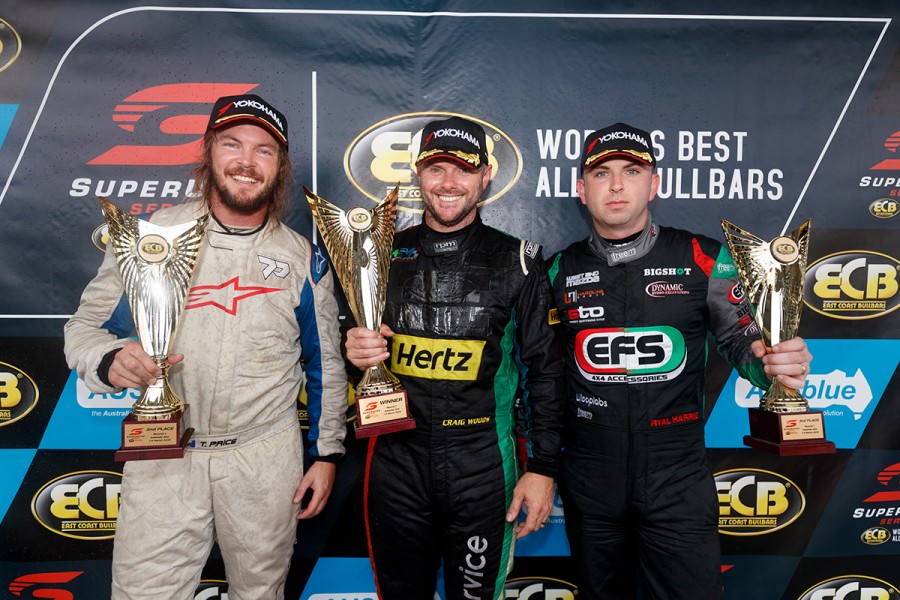 Matthew MacKelden was fourth for the weekend in another of the Toyotas, which remained reliable through the weekend, while Ben Walsh’s DNF in the final came after a pair of incidents.

Craig Dontas in the sister Team Triton entry to Price's had a tougher weekend with turbo issues, but that’s something Sieders is confident can be rectified well before the next round at Winton May 18-20.

"The Hiluxes were just reliable as, and the Mitsubishis, once we get over our turbo issues with those, they're going to be a great little car," Sieders added.

"I reckon give us a couple of weeks and we will be on top of that sort of stuff." 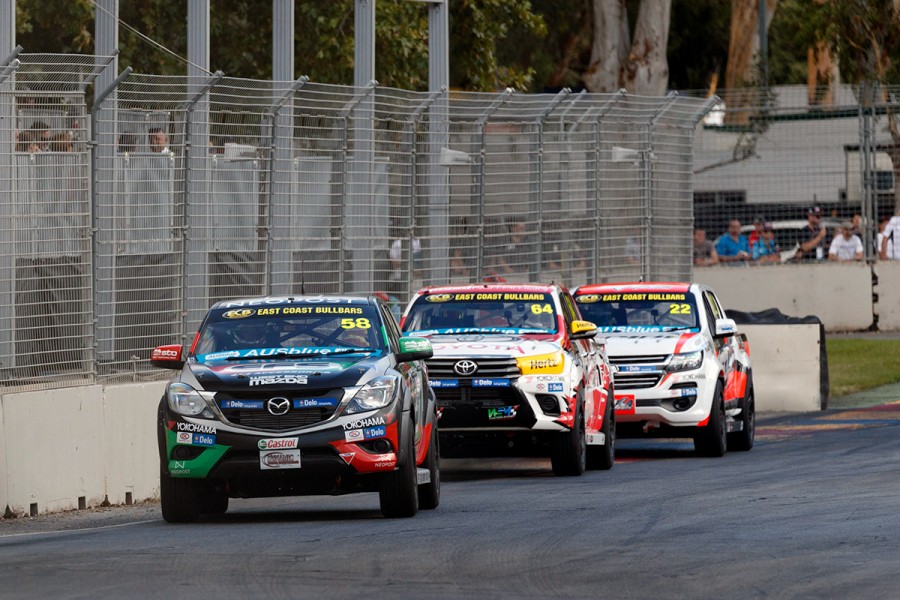 "I think for our first weekend with the new category, we're over the moon on how it all presented on track," said Sakzewski.

“We had some great racing out there, I mean that Race 3, there were some really cool battles going on there with Ryal Harris and Craig Woods, and Toby Price and Aaron Cameron.

"The fan reaction on the ground has been fantastic and the competitors are loving it too.

“There's still some development work on all the engines we're doing, so we're getting there.

“We've got a whiteboard in the office with a list of heaps of stuff on it and we will be trying to do as many of those as we can before we get to Round 2 at Winton."

Craig Woods  ›
Stay In The Know
Sign up to the Virgin Australia Supercars Championship Newsletter
This website uses cookies to improve your user experience. By continuing, you will be providing your consent to our use of cookies.Ok