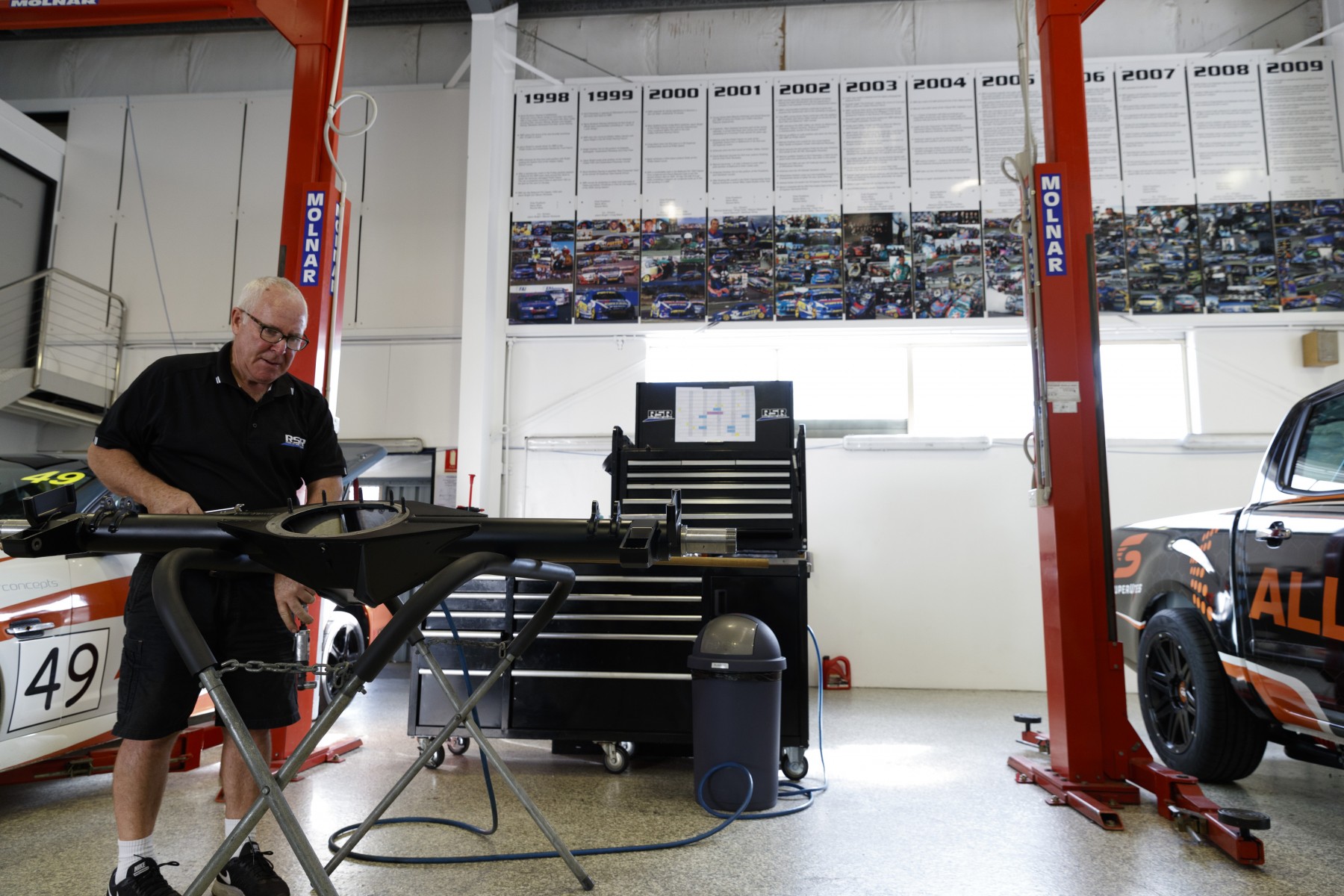 Hall of Famer Ross Stone has reopened the Queensland workshop that once housed a Supercars superpower as he prepares to tackle the new SuperUtes category.

A deal to sell the team to Betty Klimenko in 2012 saw Ross contracted to look after the transition to Erebus Motorsport for two years before taking a sabbatical from the sport.

A dabble in GT racing followed in late 2015, running an Aston Martin for two events out of a downsized shop in Ormeau, Queensland, under the new Ross Stone Racing banner.

While the category failed to stir Stone’s competitive fire, the advent of the Supercars-steered SuperUtes has the New Zealander back in his element.

Planning to run three SuperUtes next season, Stone has also taken on an advisory role with the series, working alongside Supercars and its partners to birth the category.

“We went down the road of GTs and we did those two races but I really struggled with the handicap pitstop times and all of that side of it,” Stone told Supercars.com.

“I wanted to do something else and when I started looking at the SuperUtes I saw they were going to be a good thing. The more I looked at it, the more I liked it.

“I’ve I really enjoyed getting in and helping the Supercars technical guys put the package together.

“It’s been a lot of work, but once the series is up and running I’ll just be a competitor.” 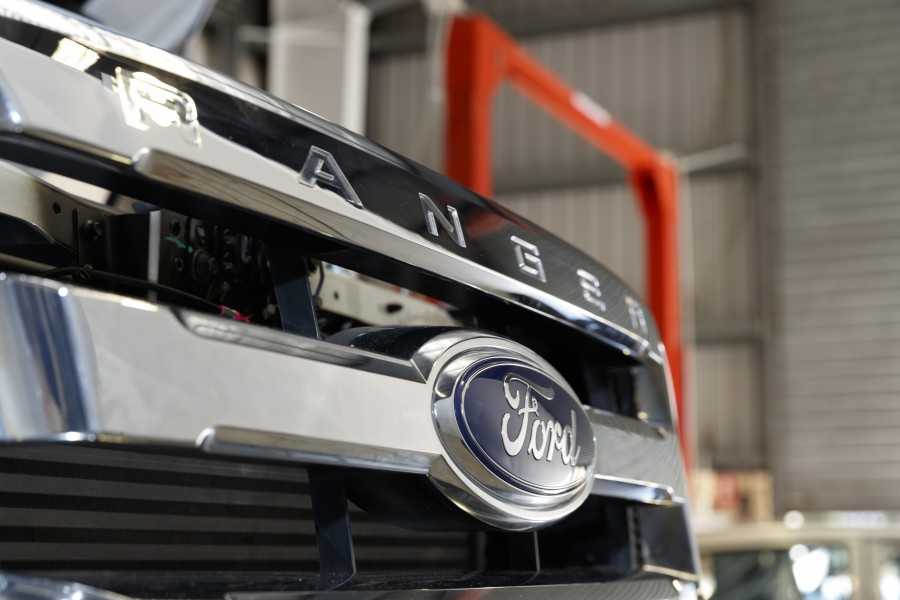 Fans of Stone from the SBR era will be relieved to know that RSR’s first SuperUte will carry the Blue Oval badge.

Stone has built a Ford Ranger to the new category’s specifications, which sees a full roll-cage and a kit of racing parts added to the base production vehicle.

The Ranger is owned by Michael Formosa, who runs the Sydney-based Allgate industrial garage door and gate business, and will be raced by his son, Christopher.

A complete racing rookie, the youngster is preparing for his SuperUtes season by driving an RSR-prepared Holden in this year’s six-round V8 Ute Racing Series.

Formosa's Ranger is one of two customer entries that Stone plans to run next year alongside a SuperUte of his own.

Stone meanwhile admits that getting the SuperUtes technical package right has been a challenge.

The series was initially scheduled to kick-off in Townsville this weekend before being pushed out to 2018.

“I think it’s a good challenge getting involved with diesels and everything that goes with that,” he said.

“(Supercars’ engine partner) Craig Hasted is going to prepare all the engines for it and there’s a lot of preparation work for that.

“One of the positives is that Motec (engine management specialists) worldwide want to become more involved with diesel electronics and have been a big help for the project.

“Overall I think it should be a really good thing for the competitors and the fans as well.

“It’s got a really good brake package – the front rotor size is exactly the same as the Supercar currently uses. 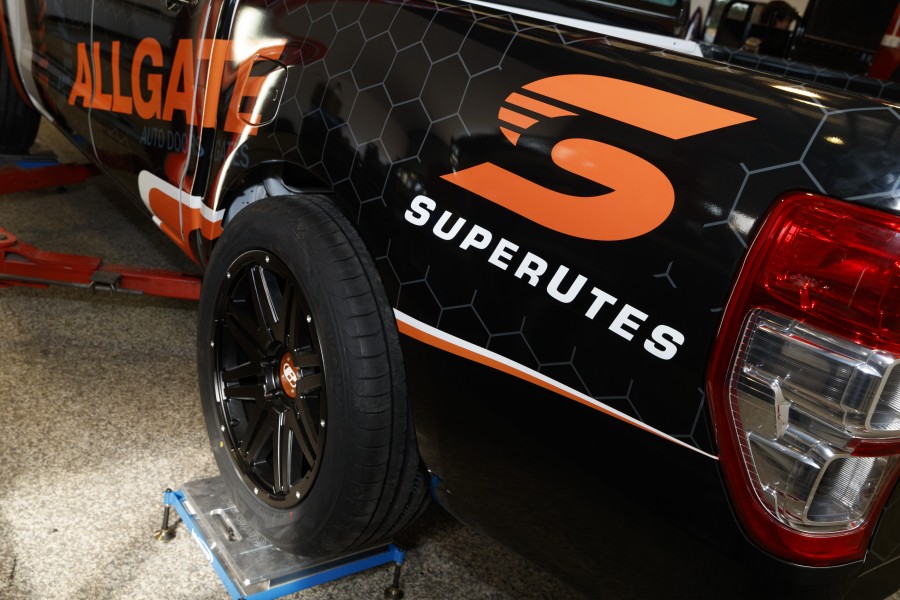 A sneak peek of Stone's SuperUte

“It won’t be over the top with data but we’re going to have enough for a young driver to learn and have a good base of knowledge to progress into Super2 or the main game.

“It’ll be more of a feeder category to Supercars than the previous Utes ever were.”

For now, Stone has just one full-time mechanic helping him on the Ute project – a number he expects to increase once it’s in full swing.

It’s a far cry from the 60-strong workforce the Yatala workshop hosted in 2012 before the Erebus takeover.

Erebus leased the building from Stone before the team moved to Melbourne at the end of 2015 and, with a short-term tenant recently vacating, the time was right for RSR to move in.

“It’s interesting being back there. I think everyone involved in our family, we’re really enjoying it,” said Stone.

“We had a year summary with photos of who drove what and that’s all still up there. For us, there’s a lot of memories here.”

SBR won the Bathurst 1000 with Jason Bright and Steven Richards during its first year of operation in 1998.

It went on to take out the 2003 and 2004 Supercars titles with Marcos Ambrose before finding more success with Russell Ingall the following season.

Among those to receive their first full-time Supercars starts with SBR were Bright, Ambrose, James Courtney and reigning champion Shane van Gisbergen.

Ross and Jim Stone were inducted into the Supercars Hall of Fame last December for their contribution to the sport.

Jim remains involved in Supercars through his son Matt's Dunlop Super2 Series team, which will make its debut in the main series at Ipswich next month via a wildcard for young gun Todd Hazelwood.