A dramatic first-lap rollover for Allgate Racing's Christopher Formosa has marred the opening race of the 2019 ECB SuperUtes Series at the Superloop Adelaide 500.

Formosa's Ford Ranger rolled in dramatic fashion at Turn 5, after he was tagged by Michael Sieders, with several other Utes also picking up damage.

It brought out the Safety Car, with drivers completing four of the scheduled eight laps before the chequered flag was shown with Luke Vanna leading.

Off the rolling start of a reversed-grid, drivers were five-wide on the run to Turn 1, with Adam Dodd holding sway through the chicane.

Vanna got past Dodd on the opening lap, before the Safety Car was called for the Turn 5 mayhem.

The Toyota Hilux of Sieders clipped the rear of Formosa's Ranger, shooting him up and into the barrier, eventually coming to rest on its lid with Formosa unscathed.

"Coming into Turn 5, I just felt a hit from the back-left and it pushed me into the tyre wall," Formosa said.

"I climbed up the wall and flipped, and then got another hit while I was on the roof.

"I unbuckled my seatbelt first, when I should've taken the clip off the helmet.

"So once I came to floor, I actually had to lift myself back up to unclip the helmet, and once I unclipped the helmet I was off again.

"The issue was I couldn't shut down the car because the master switch inside was crushed by the rollbar."

Another debutant, Ben Falk had nowhere to go in the Tank World Holden Colorado, clouting the upsidedown Ford, which ruled Falk out of the race.

ARMOR ALL Pole Position winner Ryal Harris was also involved, having started at the rear with the reverse grid format.

Harris' Mazda copped a hit to the right-rear corner and had to visit the pits to remove the tonneau cover.

With the field neutralised, Vanna eventually took a maiden victory, ahead of Dodd and Team Triton's Cameron Crick.

"I took a risk at the start, and went from fifth on the grid to second in the first corner," Vanna said.

"And then I was able to pass the Mazda into Turn 9 just before the Safety Car.

"It’s not how I anticipated getting my first win, but I’ll take it!"

Part of a new three-race format in 2019, Race 1 used a grid with qualifying positions reversed.

The Race 1 results are now flipped again for Race 2, with the double-points final to be an aggregate of the two heats.

The on-track action continues with a reversed Race 2 at 12:00pm on Saturday, followed by the third and final race on Sunday. 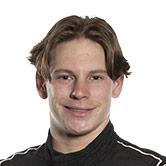