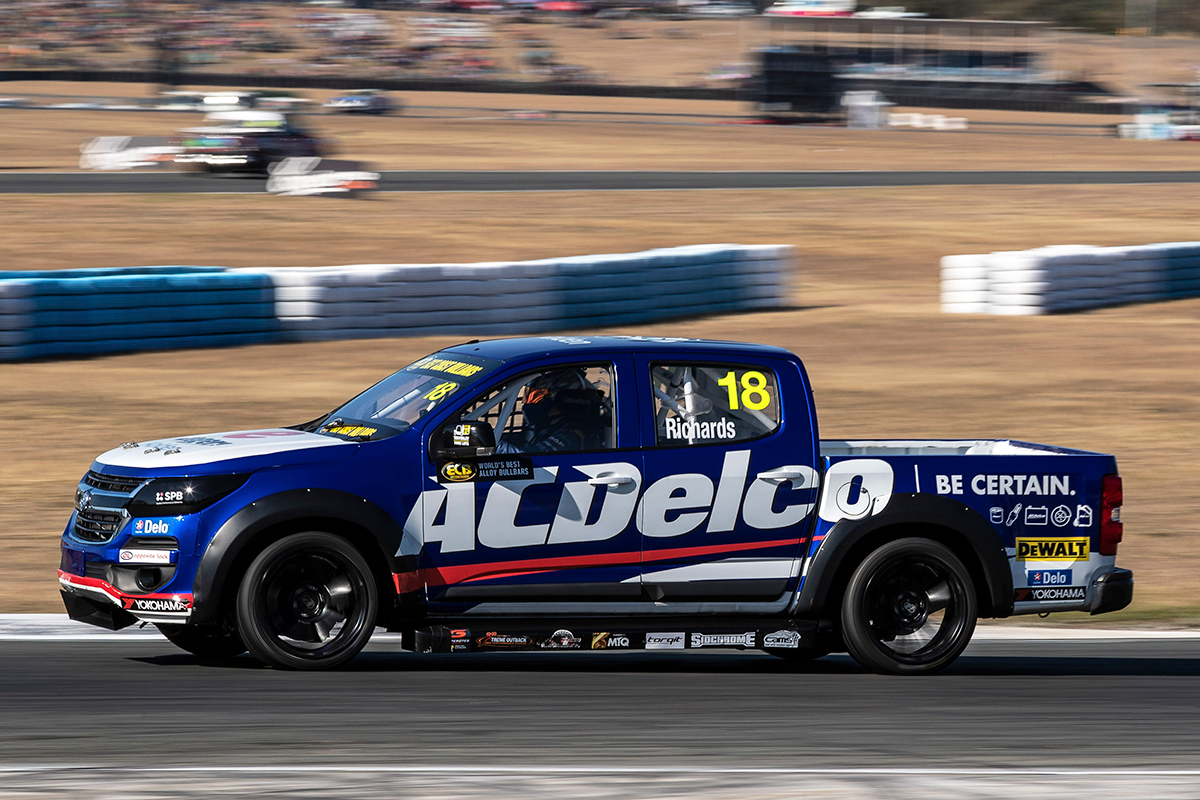 Five-time Bathurst winner Steven Richards was impressed with the ECB SuperUtes Series in his Queensland Raceway outing, noting 'I haven't had so much fun in a long time'.

Making an early race debut with Team 18, Richards drove the squad's Holden Colorado in the fifth round of the series last weekend, at the Century Batteries Ipswich SuperSprint.

It was the ACDelco Holden's return to the grid after missing two rounds, and came ahead of Richards' role alongside Mark Winterbottom in the Supercars PIRTEK Enduro Cup.

Richards topped the timesheets on Friday then qualified sixth but missed the opening race due to mechanical problems.

He bounced back to finish second in Race 2 and seventh in Race 3, enjoying his run in the second-year class.

"It's a great category, I had an absolute ball," Richards told Supercars.com.

"It was great to be able to go there with Charlie [Schwerkolt, team owner] and get the Holden Colorado back out on the grid.

"I was absolutely rapt with how much fun it was. I couldn't be happier and I believe they've got a really great thing there and with a few more Utes, it'll be great.

"The racing was fantastic and I haven't had so much fun in a long time with racing. Those guys were all racing hard, but racing fair.

"I'd come back tomorrow."

Richards worked his way from the rear of the field to second in Race 2, finishing just behind Team Triton's Toby Price.

He was into second by lap four of the 13 and reeled the Mitsubishi in, narrowly missing out on the win.

"I said to the guys afterwards, that's probably the most fun I've had this year driving," Richards, below with Price, said of Race 2.

"All the guys and the girls, they were all racing pretty hard and there was a bit of rubbing going on, but everyone was giving a bit of room and not making it easy for anyone.

"Close racing is close racing and making decisive decisions on the spot depending on what's going on, the more you can do that in the lead up to the Supercars enduros, it helps keep you sharp.

"All of that sort of stuff just adds to the catalogue of information when you get to those races.

"It is better to be racing I reckon, than sitting on the fence watching, that's for sure." 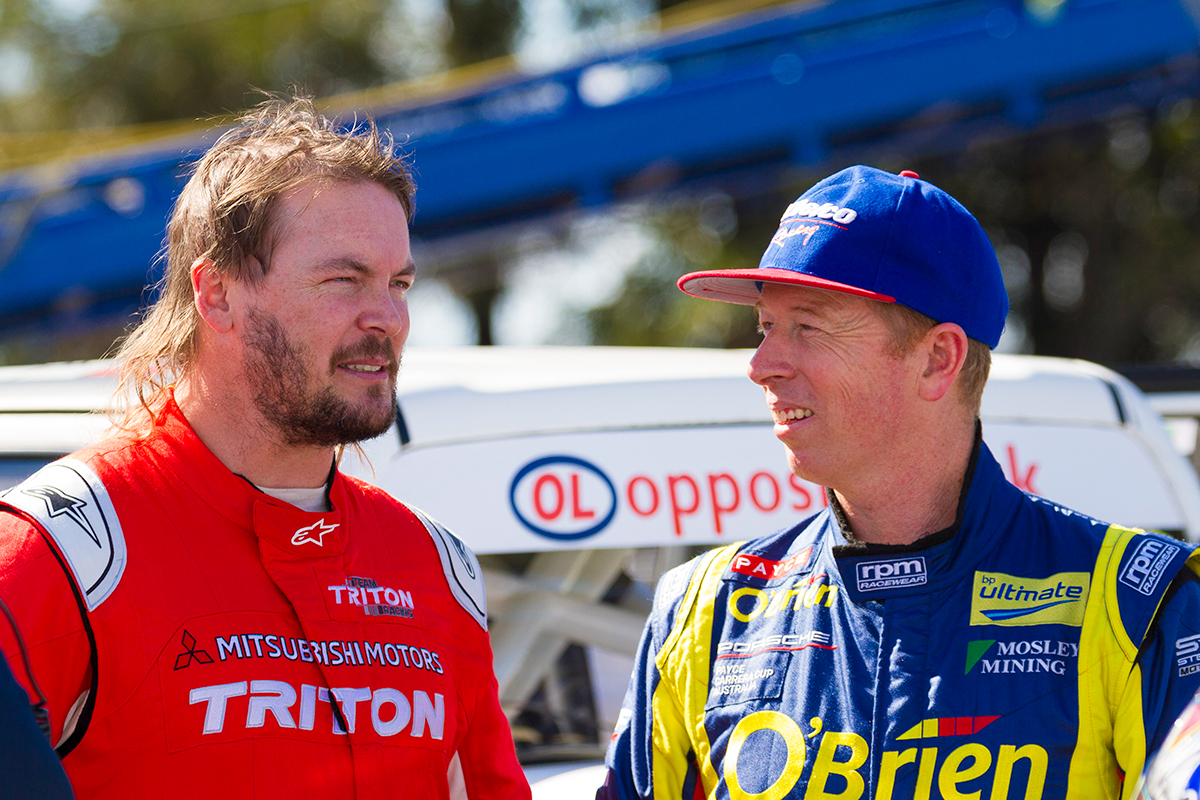 Richards' Supercars role with Winterbottom and own full-time Porsche Carrera Cup program is set to preclude SuperUtes drives at Bathurst and the Gold Coast.

However the defending Great Race winner is leaving the door open for a run in the Newcastle finale.

"If the the opportunity arises, I'll be the first one in the car on the way to Newcastle," he said.

"I said to Charlie after the first practice session, 'mate, sign me up'.

"If it helps Charlie, helps SuperUtes, helps Holden and ACDelco, I'm all for it, I'll be back in tomorrow."