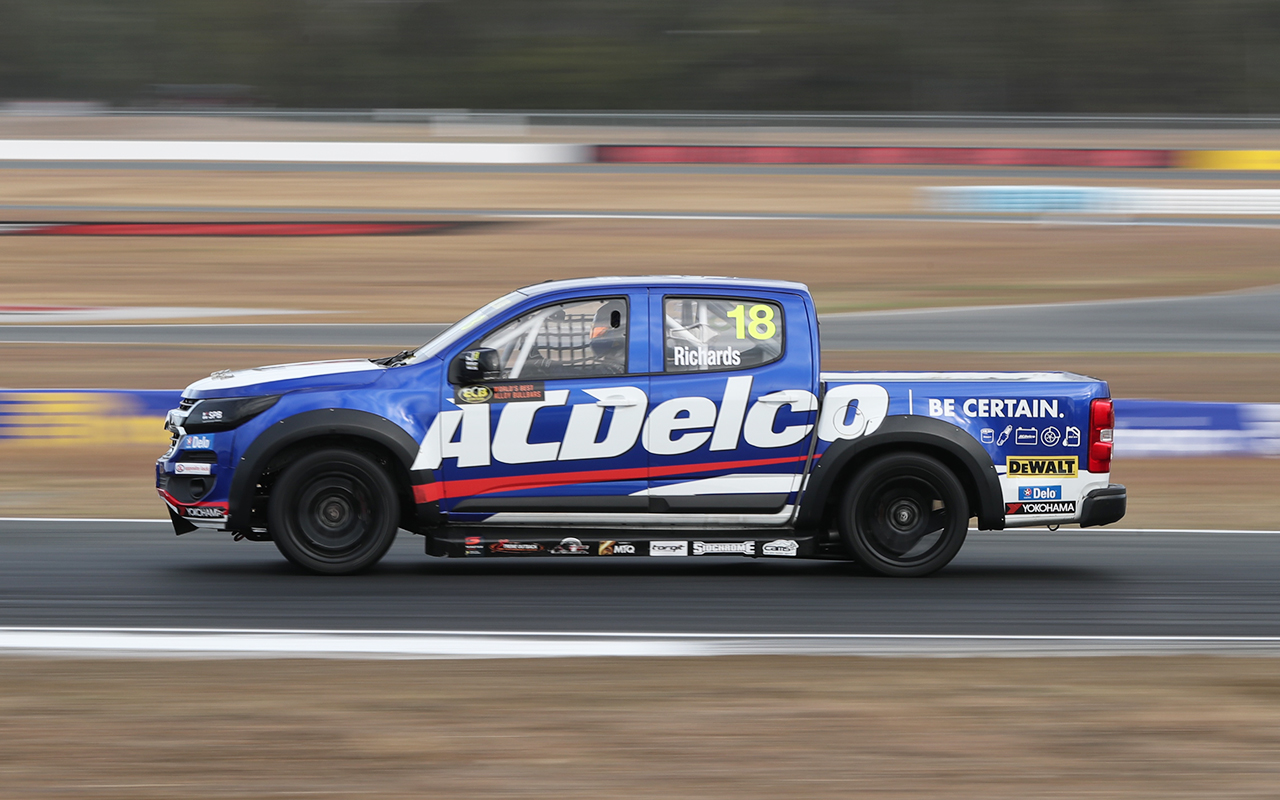 Supercars veteran Steven Richards set the pace in Friday practice for the fifth round of the ECB SuperUtes Series at the Century Batteries Ipswich SuperSprint.

The five-time Bathurst victor is making an early race debut with Charlie Schwerkolt's Team 18, ahead of co-driver duties alongside Mark Winterbottom in the PIRTEK Enduro Cup.

Behind the wheel of the ACDelco-backed Holden Colorado for the first time, Richards topped Practice 1 with a 1:28.2824s lap.

That was the best of the day, with no one able to best Richards' top time in the second 20-minute session.

He did, however, finish at the foot of the order in Practice 2 after spending the majority of the second session in the pits with engine problems.

Team Triton's Cameron Crick also set his best lap in the opening session, before topping the timesheets in Practice 2 with a 1:28.9704s.

On combined times, Crick was second overall in the factory-backed Mitsubishi Triton, trailing Richards by 0.0612s.

Two-time Dakar Rally winner Toby Price rounded out the top five for Team Triton, ahead of Ben Walsh, who was one of four drivers to set their best time in the second session.

Having missed the last Townsville round, Ben Falk returns in the Mazda BT-50 and finished ahead of another returnee, Charlotte Poynting in the third Mitsubishi Triton.

Of the 12 drivers in the field this weekend; Poynting, Woods, Thompson and Waters are all driving in both the SuperUtes and Aussie Racing Cars at the Queensland event.

ARMOR ALL Qualifying will take place at 9:30am local time on Saturday, followed by the opening race at 12:20pm.

Steven Richards  ›
Stay In The Know
Sign up to the Virgin Australia Supercars Championship Newsletter
We use cookies to ensure that we give you the best experience on our website. If you continue to use this site we will assume that you are happy with it.Ok