ECB SuperUtes Series debutant Elliot Barbour feels Team Triton’s weekend in Townsville “got away from us” after a dominant start.

Barbour, filling in for Toby Price with the factory-backed Mitsubishi squad, set the pace in Friday practice and then qualified second behind team-mate Craig Dontas.

In a one-two for Team Triton, Dontas took his first SuperUtes ARMOR ALL Pole Position on Saturday and followed that with a maiden victory in the opening race.

Barbour was Dontas' closest challenger until his Triton slowed on the second-last lap due to a blown turbo hose, forcing him to pit and eventually finish eighth.

Mechanical problems troubled both drivers over the rest of the weekend, even with Barbour finishing second in the reverse-grid Race 2 and third in Race 3.

"The weekend definitely felt like it got away from us, the car progressively got harder to drive and also slower each race," Barbour told Supercars.com.

"I definitely felt like it got away; Friday I was just cruising and the fastest lap I did the whole weekend was lap two, first session.

"To go slower each session and each lap after that is a little bit frustrating when you don't really know why, but the car changed drastically from Friday night to Saturday morning and just plateaued there.

"It was a really great weekend in the big scheme of things, but I just left feeling a little bit flat because it felt like maybe the weekend could have been a bit better and we probably should've ended up on the podium."

Barbour ended up fourth for the weekend, with Dontas ultimately taking the final podium position. 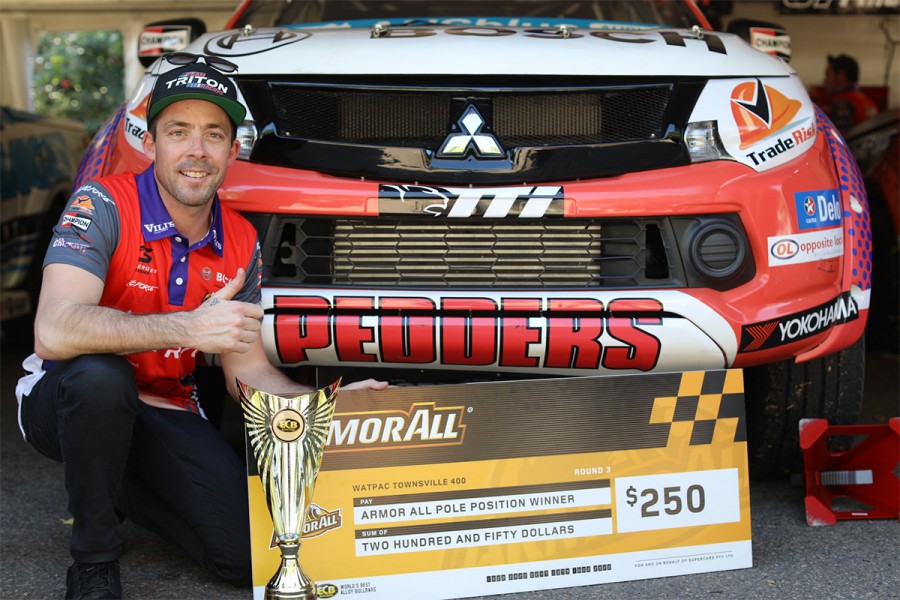 Despite stopping two laps before the end of Race 2, Dontas was credited with seventh, which still left him with pole for the finale on aggregate.

Dontas faded through the field to seventh, and missed out on the round win by just two points.

"We achieved Mitsubishi’s first pole and race win, plus had a Triton in the top three in every session," added Dontas.

"Sunday was a little frustrating for me, the entire field was reversed for the reverse grid Race 2, I managed to get to fourth but unfortunately had a diff centre let go which took us out of the running.

"The final was a tough battle, with Elliot finishing third, unfortunately for me I had a turbo fail but we managed to hang in there and finish to get the round podium in third overall."

Barbour was passed by Craig Woods at the final corner on the last lap of the final for second place, which handed the Toyota driver the round win at Dontas' expense.

"A slight gearbox issue crept in late in Race 3 and I missed a gear with 50 metres to go and got passed, which was a little bit frustrating," said Barbour.

"Halfway through Race 2 I noticed it sort of started to get a bit clunky through the gears and the turnaround time between Races 2 and 3 was quite tight for the boys, so I didn't bring it up too much. 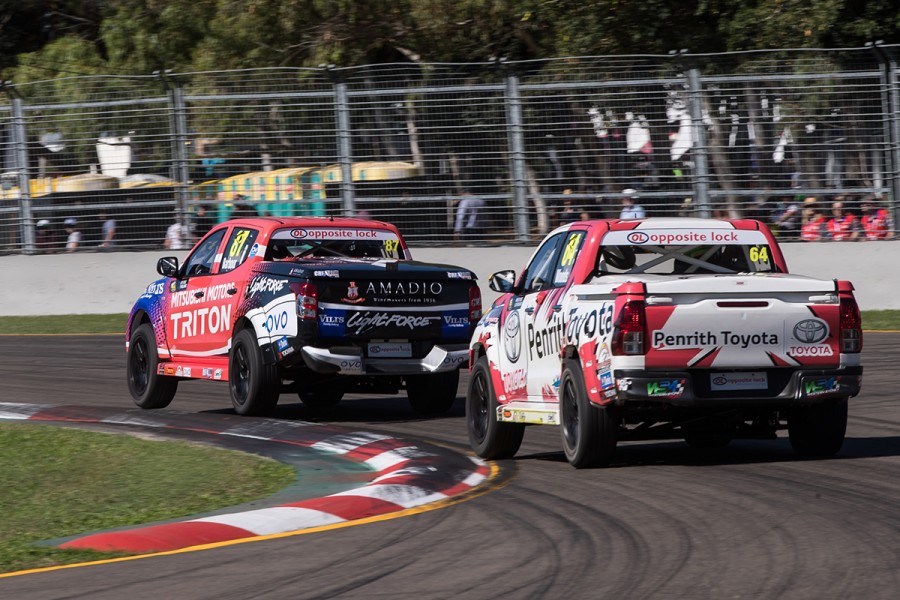 "I thought we would be able to get through another 10 laps without an issue, but from about lap one or two in Race 3 it was struggling to get into gear.

"That sort of crept into it and then missing that gear 50 metres to go was super frustrating, because I'd been nursing the gearbox the whole race and then that last gear change I needed, it didn't want to know about it.

"That was a little bit disappointing because that then cost Craig Dontas the round win and it also cost me third for the round."

The ECB SuperUtes Series continues at the Coates Hire Ipswich SuperSprint on July 20-22.

Craig Dontas  ›
Stay In The Know
Sign up to the Repco Supercars Championship Newsletter
We use cookies to ensure that we give you the best experience on our website. If you continue to use this site we will assume that you are happy with it.Ok