The Team Triton driver withstood a challenge from Isuzu's Tom Alexander on a last-lap dash to the flag following a lengthy Safety Car period.

That was due to contact between Gerard Maggs and Craig Woods, which left the latter's Toyota on its roof, and then involved title contender Ryal Harris and Christopher Formosa.

Maggs' Toyota Hilux went around at Turn 2 on the second lap, which left Woods with nowhere to go, clipping the car and flipping onto its lid, straddling the Holden of Keven Stoopman briefly. 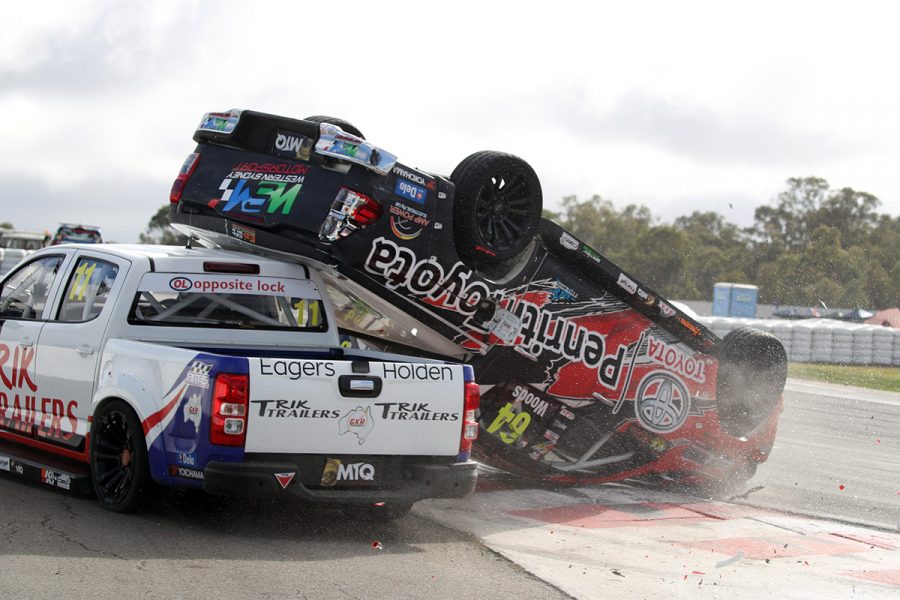 "A couple of the guys in front were having a big heave-ho through Turns 1 and 2, and one of them spun and blocked the track – I had nowhere to go," Woods said.

"We’ll have a look at the damage but it’s probably not too bad, I just can’t believe the bad luck I’ve had so far this season."

While Woods was rolling on the outside line, Harris and Formosa slammed into Maggs' spun Toyota on the inside.

That all brought out the Safety Car, which ultimately paved the way for a final-lap fight for the win between race leader Price and Alexander.

Alexander threw his Caltex D-MAX down the inside of Price at Turn 3, but wasn't able to pass the Mitsubishi driver, who finished 0.6251 seconds clear. 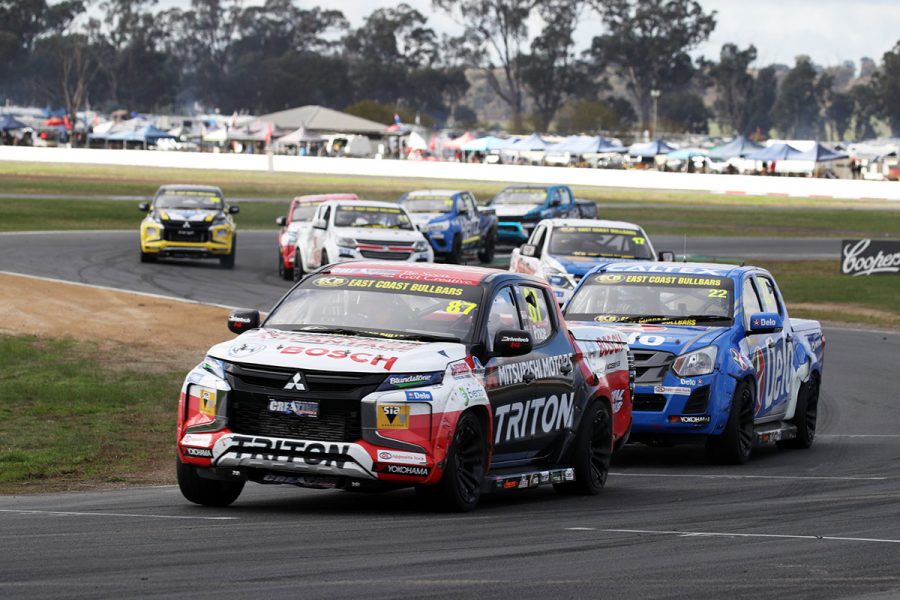 "It was a chaotic race but I managed to avoid all the carnage at Turn 3 [on the first lap] and move up from fifth," Price said.

"I’m stoked to score a race win; the weekend didn’t start on the best note, but we certainly turned it around in the last two races.

"The Triton was quick all weekend, and I’m stoked to finish on the podium after 12 months out of circuit racing."

Price had been a big beneficiary of a first-lap incident, taking the lead early.

From the rolling start, polesitter Cameron Crick led through the opening corner, before Harris and Alexander joined the Mitsubishi in going three-wide into Turn 3.

Harris got into the side of Crick, which spun the Mitsubishi driver, before Alexander on the very inside banged doors with Harris, as the pair ran wide.

As a result, Harris and Crick fell down the order, while Alexander was able to continue in second behind Price.

"The start was a bit ugly; after Ryal hit Cameron on the exit of Turn 3, I went to the inside but I made contact with Ryal and it launched me high into the air," explained Alexander.

"It didn’t feel too bad but I was probably lucky we only had a couple of green laps.

"It’s a shame Ryal got taken out and not the way I wanted to extend my series lead, I want to be racing hard and clean." 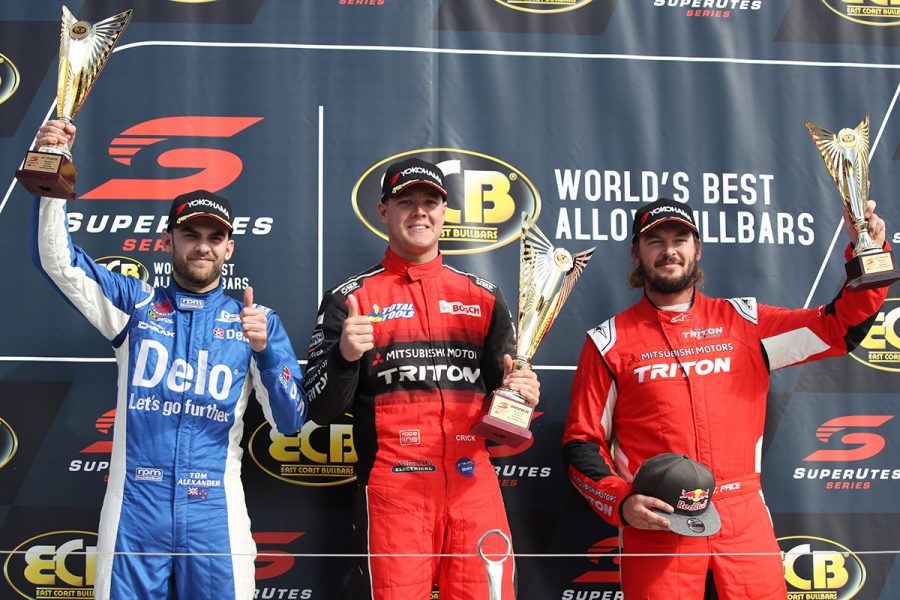 Team Triton's Crick avoided the rollover and worked his way back to third behind Price and Alexander.

With that, Race 1 winner Crick takes the round honours, ahead of Alexander and Price, while Alexander extends his championship lead to 70 points over EFS 4x4 Mazda driver Harris.

"It’s been a really good breakthrough weekend for us, our speed has been strong all weekend," Crick said.

"The first lap was a bit messy, Ryal had a bad run out of Turn 2 and I cleared him heading up the hill, but he drilled me in Turn 3 and turned me around.

"I was very lucky not to have any damage and to get back into a position where I could win the round."

Peters Motorsport Mazda driver Benjamin Falk was fourth, ahead of Ben Walsh, who moves into third in the standings in the Fat Freddy's Toyota.

The fourth round of the ECB SuperUtes Series will take place on July 5-7, as part of the Watpac Townsville 400.