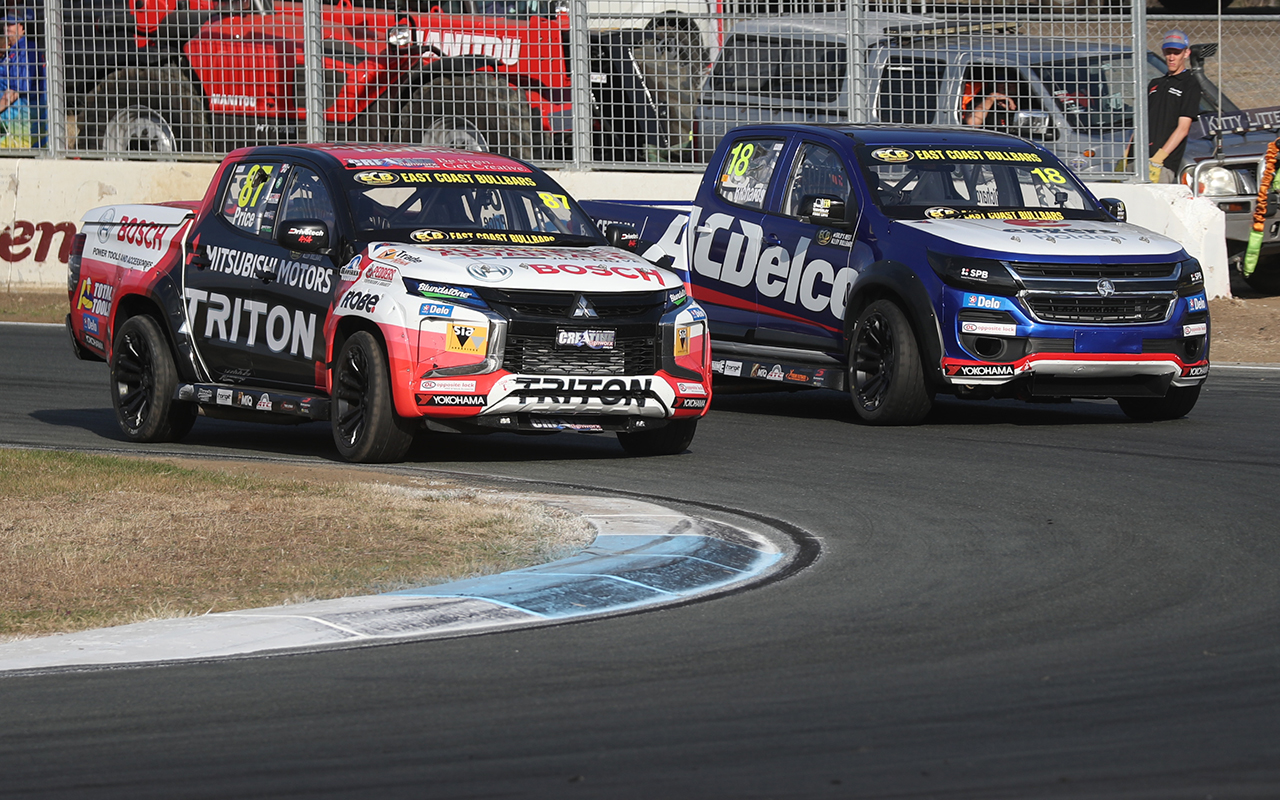 The two-time Dakar Rally winner started sixth with a reversed-grid from the Race 1 results and went on to take the chequered flag.

He moved to the lead on the second lap, slotting past Ranger Racing's Chris Formosa at Turn 3 and held onto the top spot for the entirety, despite a late charge from Richards.

It marks a second career race win for Price, whose last came at Winton, in the third and final race of the weekend.

From the rolling start, Formosa led the opening lap in the Allgate Ford Ranger, getting by polesitter Charlotte Poynting off the line.

Formosa controlled proceedings until he was pipped by Price at Turn 3, while Richards and Crick were making their way through the field, having started last and ninth.

Richards was up into second place by the fifth lap and began hunting down the Mitsubishi of Price, with Crick following suit and catching the race leaders by the end.

With two laps remaining Richards began a late charge on Price, but couldn't find a way past, despite a few looks during the final turns.

He would ultimately finish 0.3161 seconds adrift of the race winner, with Crick a close third and 0.5731 seconds behind.

Defending champion and Race 1 victor Ryal Harris made his way from 11th to fourth and finished ahead of Craig Woods, who rounded out the top five.

Formosa went on to finish sixth, after losing multiple spots throughout the 13-lap affair, with Mazda driver Ben Falk two places down from where he started in seventh.

Western Sydney Motorsport team-mates Jeff Watters and Craig Thompson were in a fierce battle throughout the race, until Thompson had a spin on his own.

Watters would go on to finish eighth, ahead of Mitsubishi driver Poynting, as Thompson fell to 10th and the last of the classified drivers.

There was trouble for Ben Walsh and Alexander, who retired from the race with mechanical problems during the eighth and fifth laps, respectively.

The third and final race of the weekend takes place at 3:55pm local time.