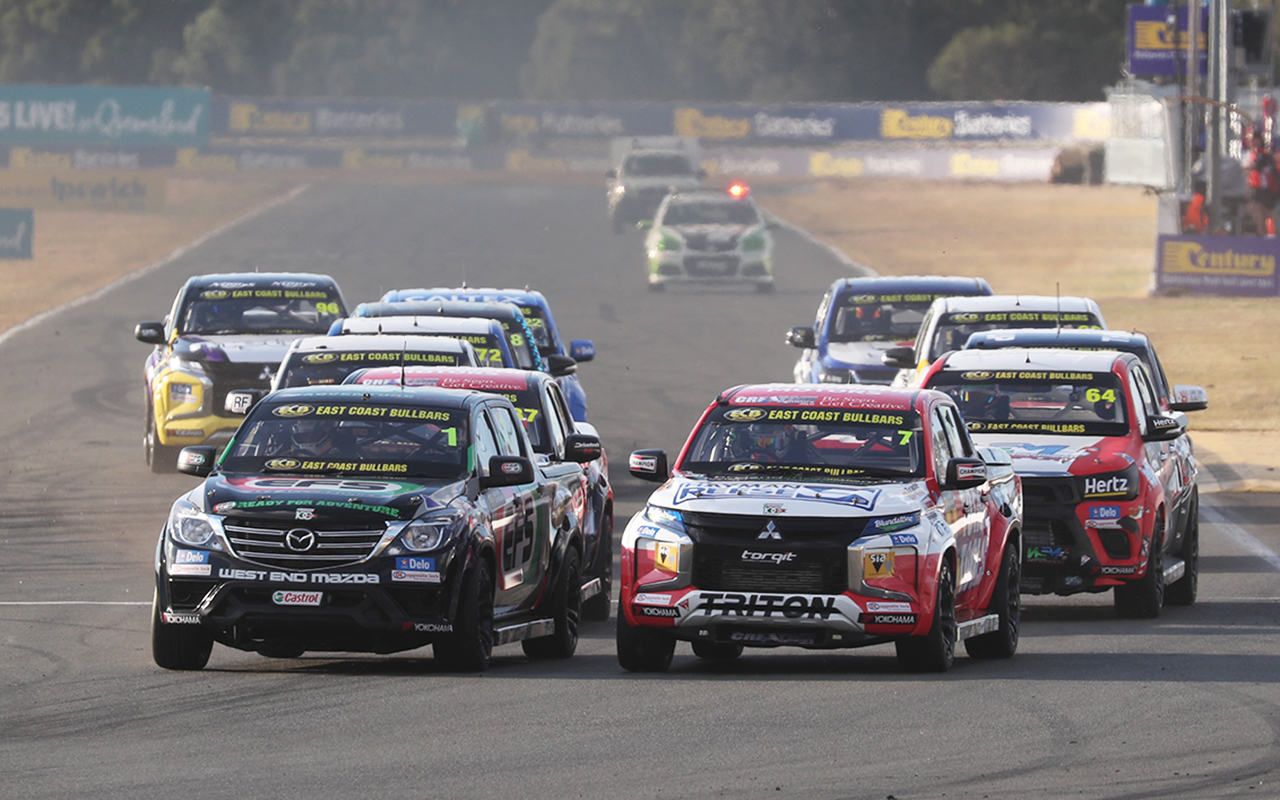 After finishing sixth and first in the opening two races, Price completed his weekend with a victory, to be second for the event.

The two-time Dakar Rally champion finished 2.4796 seconds ahead of Harris, with Craig Woods a close third, ahead of Cameron Crick and Tom Alexander in fifth.

With the weekend's results, Harris and Alexander are now equal on points, both with 706, leading into the sixth round of the series at Bathurst.

Team Triton's Crick applied pressure early, with Price close behind in third, until the Mitsubishi driver made a move on the race leaders at Turn 3 on lap two.

Price took the lead of the race from there and pressed on with ease, controlling the contest for the remaining eight laps.

Supercars veteran Steven Richards was seventh aboard the ACDelco-backed Holden Colorado, ahead of Ben Walsh in the Fat Freddy's Toyota Hilux.

Jeff Waters ended his final race of the weekend 11th, while Charlotte Poynting was 12th in the third Mitsubishi Triton.

The sixth round of the ECB SuperUtes Series will take place on October 10-13, as part of the Supercheap Auto Bathurst 1000.

22/07/2019
Stay In The Know
Sign up to the Repco Supercars Championship Newsletter
We use cookies to ensure that we give you the best experience on our website. If you continue to use this site we will assume that you are happy with it.Ok