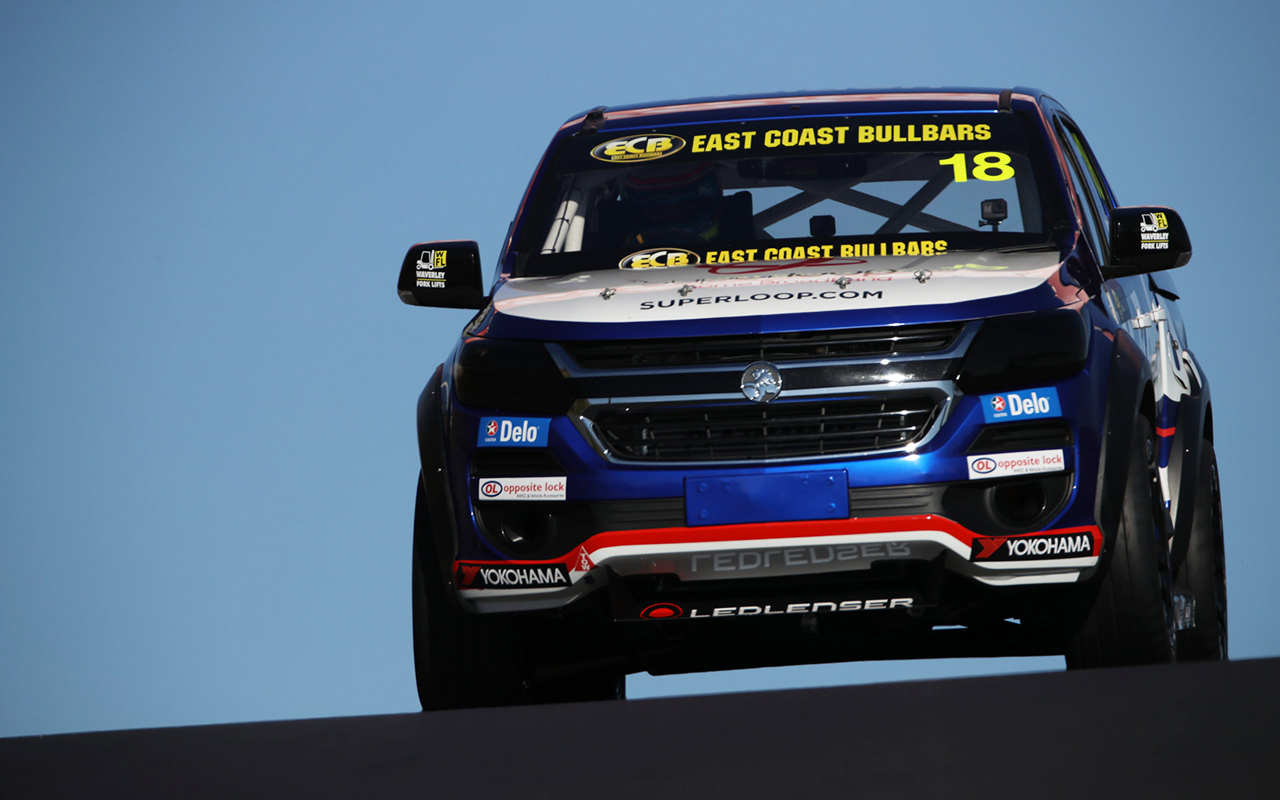 Former Supercars co-driver Nathan Pretty led the way in Thursday practice for Round 6 of the ECB SuperUtes Series at the Supercheap Auto Bathurst 1000.

Behind the wheel of Charlie Schwerkolt's ACDelco #18 Holden Colorado, Pretty topped the timesheets in Practice 2 with a 2:42.4274s lap.

That was the best of the day, with no one able to improve on the 46-year-old's top time in the second 20-minute session.

“I’m feeling more comfortable in the Ute after the second session," Pretty said.

"We made a change after the first session, but to be honest most of the improvement in time has come from me getting used to the Ute, and losing the muscle memory from the other cars I’ve driven here over the years.

“The biggest thing is keeping the corner speed up so you maintain engine revs and turbo boost.”

Back in action after a four-month injury lay-off, Elliot Barbour set the benchmark in opening practice with a 2:43.4618s and was second quickest overall by the end of the day.

“The first session was good and I felt confident, but we made some changes for the second session and it was much worse, really hard to drive," Barbour explained.

"We’ll go back to the set-up book tomorrow for qualifying.

“My ankle isn’t giving me any trouble, which is a good sign for the rest of the weekend.”

Ross Stone Racing's Tom Alexander was third quickest on combined times, setting his best lap in the afternoon session, aboard the only Isuzu D-MAX in the field.

"In the first session, the Isuzu was good over the top of the Mountain, but I was losing time in the first and third sectors," Alexander said.

"We made some changes in the second session to help it come out of the slower corners better, and it was definitely an improvement.”

He finished ahead of Team Triton's Cameron Crick, who is third in the championship standings, with 300-points on offer this weekend at Bathurst.

Defending champion Ryal Harris, who won all three races at Mount Panorama in 2018, could only manage eighth on combined times due to a transmission problem in Practice 2.

Ranger Racing's Christopher Formosa finished 11th, ahead of Craig Thompson, debutant Bayley Hall and Benjamin Falk, who had an engine failure in Practice 2.

The on-track action continues Friday morning with ARMOR ALL Qualifying at 7:20am local time.