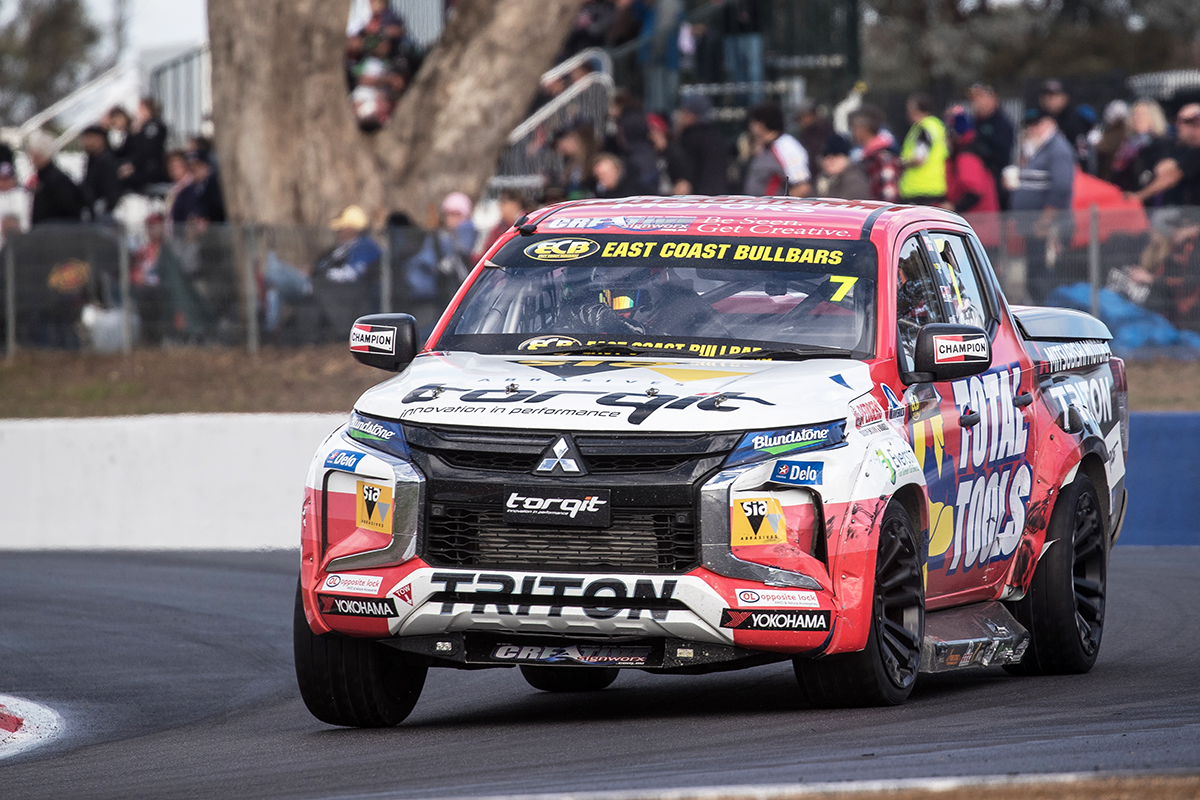 Team Triton's Cameron Crick has given the latest changes to the ECB SuperUtes Series' technical platform the tick of approval, after a breakthrough win at the Truck Assist Winton SuperSprint.

A new control wheel and R-spec tyre was introduced at Winton, significantly dropping ride heights and corner weight when paired with Perth changes.

Crick claimed a maiden ARMOR ALL Pole and victory in the opener, then finishes of fourth and third despite incidents in Races 2 and 3 to secure the round honours.

With that, Crick moves into fourth in the championship, with Round 4 to be held in Townsville on July 5-7.

"They feel a lot more like a racecar," Crick told Supercars.com of the changes.

"Even the turn-in and rotation, the cars react to the steering inputs quicker and the grip holds you there, where the previous tyre was a bit more like a road tyre.

"And obviously the cars look a lot better because they're a lot lower and ride the kerbs better.

"I did like the new tyre a lot more, as soon as I rolled out of the pits I could feel the grip and difference, I'm quite happy with it.

"I felt like it suited what my driving style for sure." 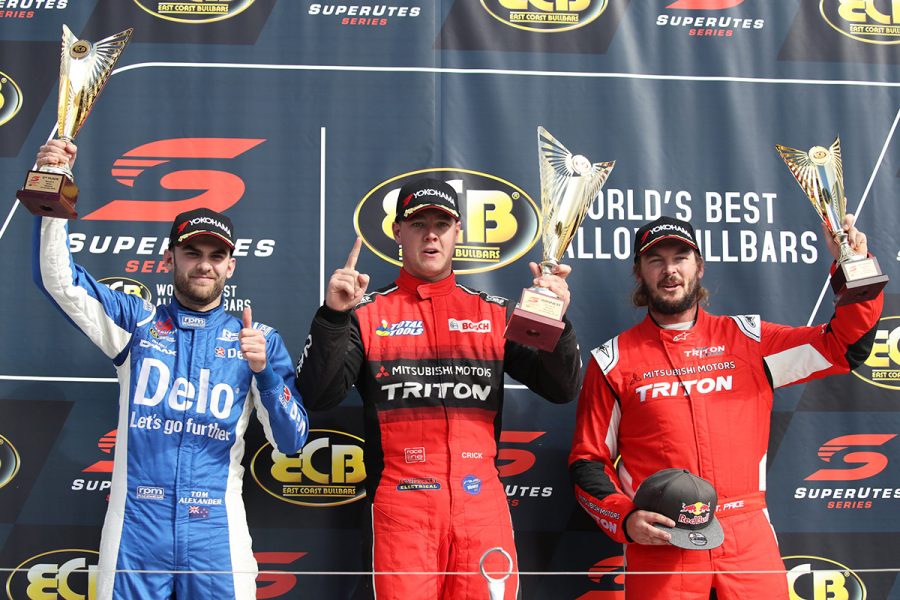 Tom Alexander, Crick and Toby Price on the Winton round podium

"To go to Winton on the new rim and tyre package, with no testing and I hadn't been to Winton in a while, they adapted the set-up quite quick, we were strong out of the gate," he said.

"We definitely had the speed and to get pole, a race win, the round win and the lap record is unreal for myself and mainly the team and everyone involved, it was great."

Crick is a full-time driver for Team Triton in 2019 alongside Elliot Barbour, who missed Winton due to a broken ankle.

Barbour's place was taken by two-time Dakar Rally winner Toby Price, who recorded finishes of seventh, third and first to wind up third for the weekend. 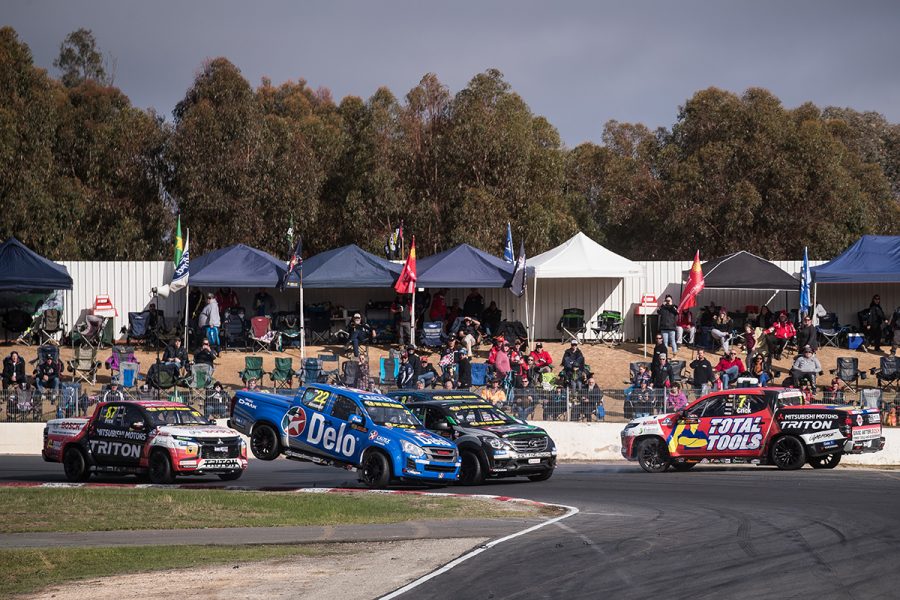 Price, left of shot, won the final after Crick was turned around on the opening lap

"It was unreal," Crick said of sharing a garage with Price, who made his first SuperUtes start since Winton 2018.

"He is obviously a worldwide name, he's an Aussie legend in my opinion and anything with an engine or anything in terms of motorsport, he adapts to.

"He's an athlete, he's a racer as well and he adapts to those things quite quick.

"To have him alongside us, even for exposure for myself, he was really good, he has got so much time for people and he's just good to have around.

"He's obviously good for the Mitsubishi brand, so to team up with him for Winton was really special for me."