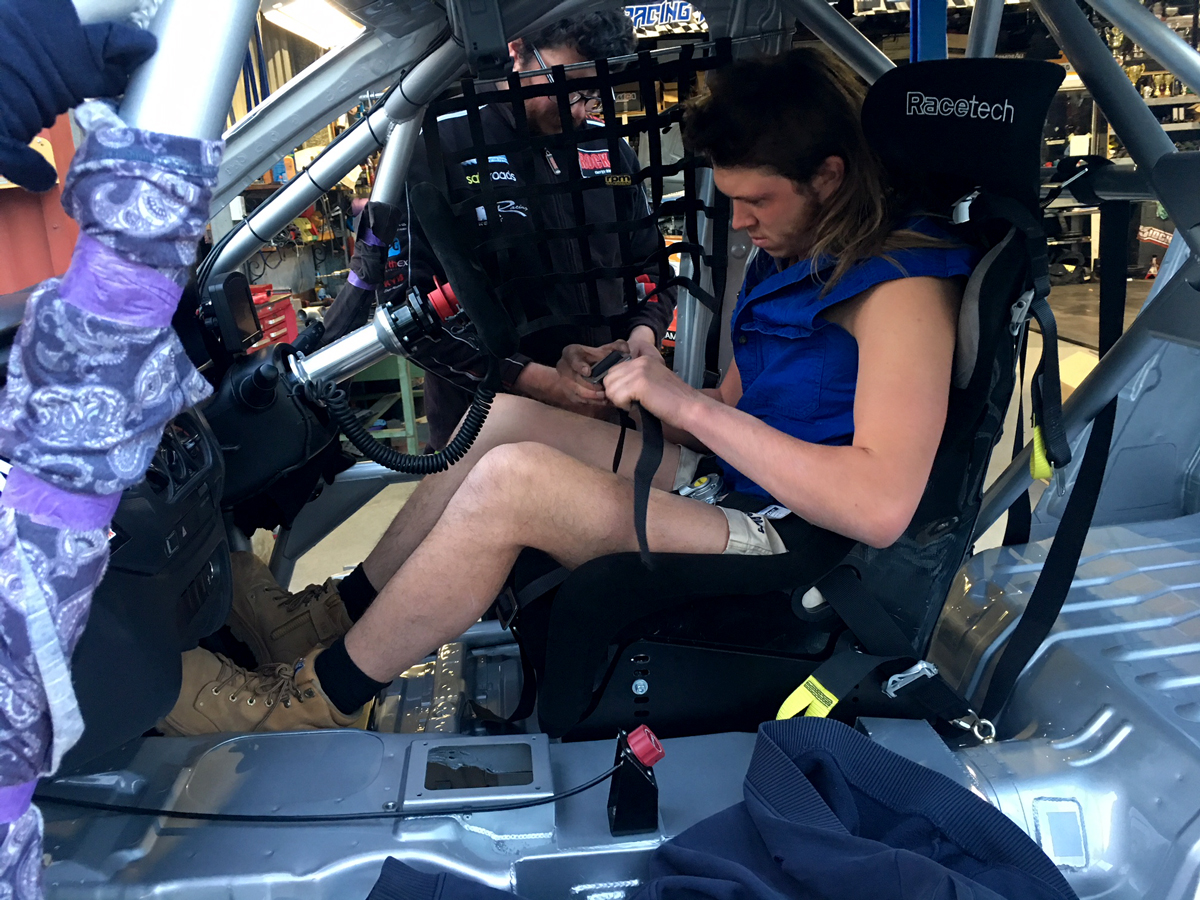 Team Triton's new Mitsubishi is on schedule to join the ECB SuperUtes Series next month at Sandown, following the squad's violent wreck at Queensland Raceway in July.

Standing in for Craig Dontas in the #45 factory-backed Triton, SuperUtes debutant Micheal Sieders rolled in dramatic fashion in the third and final race.

The Triton was clipped by Tom Alexander and tipped into a high-speed rollover through the gravel trap at Turn 2, after leaders Alexander and Ryal Harris tangled on the first lap.

Sieders emerged from the wreck unscathed and a new chassis was delivered to the Sieders Racing Team by Mitsubishi Australia the following morning.

Work on the new SuperUte began immediately and just over a month after the incident, Dontas says the Triton is "60 percent of the way through" its build. 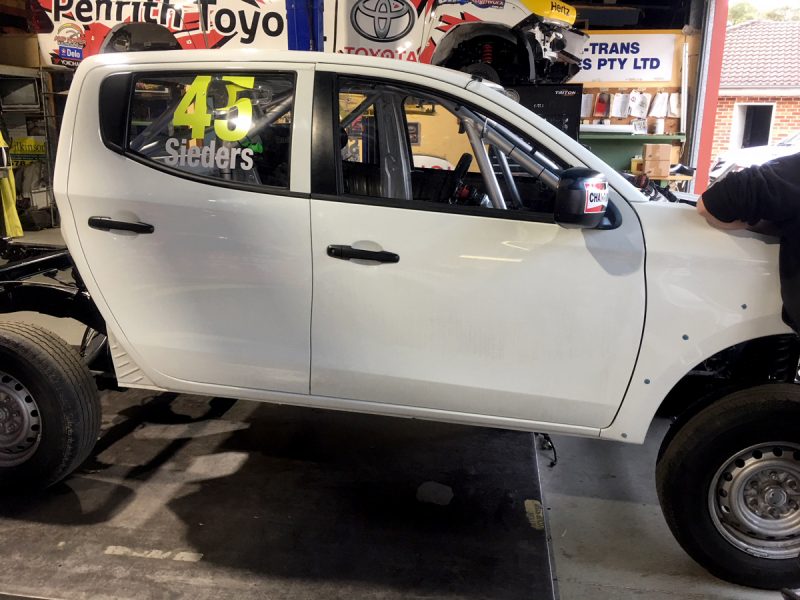 "The crash, if you can think of the worst possible outcome, that was exactly the outcome," Dontas told Supercars.com.

"We lost everything; we lost the gearbox, we lost the rear-diff assembly and the chassis as well, so all up it was probably about a $110,000 crash.

"We had another chassis within 24 hours and turned it around fairly quickly, in terms of the roll-cage.

"The boys are now slowly taking out what we can to salvage off the old one and seeing what we can put on the second one.

"It's going OK; the aim is to get on track about a week-and-a-half out from Sandown and then away we go."

Sieders will steer the freshly-built Triton at Sandown on September 14-16, Round 5 of the inaugural SuperUtes Series.

Elliot Barbour returns to fill in for Toby Price in the Dakar Rally winner's absence, having run at Townsville with Price's schedule still fluid.

Dontas will – as at Queensland Raceway – be trackside looking after the team's commercial interests. 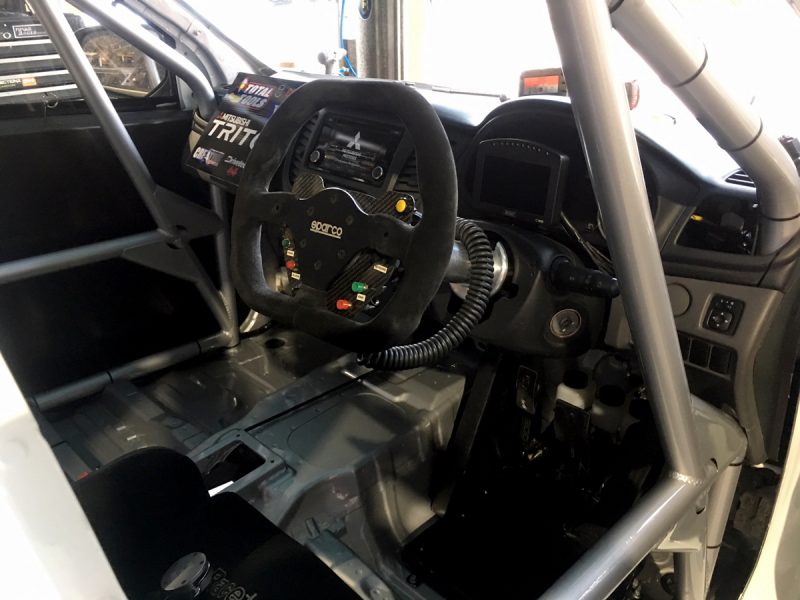 Having contested the first three events in the Total Tools-backed Triton, Dontas intends to run at one of the three that follow Sandown.

In the meantime, a new build presents an opportunity to further develop the Mitsubishi package.

"There will be some fundamental upgrades, nothing huge from what you'll see visually, we're just refining the product," Dontas added.

"We've learnt some things pulling it down and we're working hard to make the car more reliable.

"The aim is to get our engine working harder and the turbo to work less hard, just so we can eliminate some of the turbo issues we've had, and make the car stronger to be able to compete with the competition."

In addition to this new Triton, a third Mitsubishi is in the pipeline, ahead of a planned 2019 introduction.

"We were aiming to build a third one within this time period, but obviously we're now replacing the second one," Dontas said.

"We'll probably end up having that come online early next season."

The ECB SuperUtes Series will be part of the RABBLE.club Sandown 500 on September 14-16.