Team Triton has started work on a new Mitsubishi for the next ECB SuperUtes Series round, following its violent wreck at Queensland Raceway on Sunday.

Out of Turn 1, the Holden of Alexander made contact with the Mazda of Harris, unsettling the Colorado and tagging Sieders, who was looking to capitalise on the incident.

The Total Tools Triton was spun and tipped into a high-speed rollover through the gravel trap, with Sieders emerging unscathed once the maimed Mitsubishi came to rest.

A new chassis was delivered to the Sieders Racing Team by Mitsubishi Australia on Monday, to become a replacement in time for Round 5 at Sandown in September. 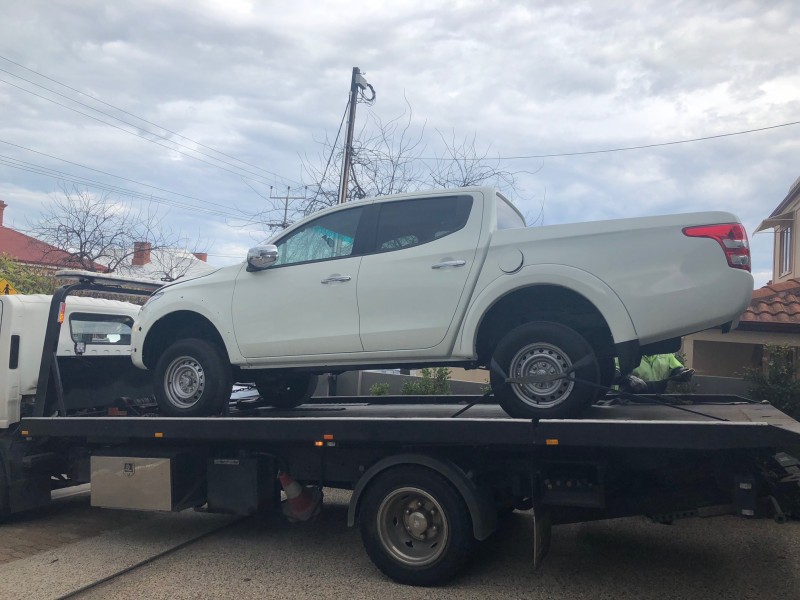 "Michael walked away but unfortunately the #45 is a complete write-off," said Dontas, who played the role of driver mentor and team manager in Ipswich.

"This in no way will curb our determination, we have already begun the work on the new chassis and will be back for Sandown with two Team Tritons.

"Our boys were battling for the top spots, to be honest Michael’s crash was one of the biggest I have ever seen, extremely unfortunate being in the wrong place at the right time."

Sieders was part of an all-new line-up for the team in Ipswich, qualifying fifth and finishing fourth and third in the weekend's first two races.

Fellow debutant Cameron Crick was in the team's #87 entry, finishing second in the final and third for the weekend.

"I am really proud of our young guys, it has been a big dream of ours to get this team up and running, but importantly blood some new talent," Dontas added.

"Our young guns did us proud running up the front and straight away battling for podiums and wins."

Sieders was unscathed in the incident, and took a moment to greet the crowd while standing atop his Triton.

"I thought I was in the clear and you just haven’t got much vision in the race car – I felt a hit from behind, sideways across the track and just kept rolling," Sieders said of the accident.

"Once it stopped I just wanted to get out of the car, I was a bit panicky, but I tried to stay as calm as I could.

"I feel as if I could’ve won that race if I stayed out in front, but it wasn’t meant to be - I put a good job on for the fans anyway, so it’s all good."

After a lengthy Safety Car period, the race was shortened to a one-lap dash, with Craig Woods taking top spot and claiming a maiden SuperUtes race win.

“At the start, I could see there was some drama in front and I was just focusing on avoiding it," said Woods.

"I didn’t realise what happened to Mick until I came past on the next lap and saw his site upside down.

“I was straight on the radio to the team to make sure he was OK - you never like to see crashes like that for anyone.”

Woods leads Harris in the championship after four rounds, with the series to return on September 14-16, as part of the RABBLE.club Sandown 500.