Elliot Barbour will start Saturday's ECB SuperUtes Series opener at Sandown from pole, having topped ARMOR ALL Qualifying on Friday.

Barbour put in a 1:32.0395s on a back-to-back flyer in his factory-backed Team Triton Mitsubishi.

That was good enough for top spot in the 20-minute session, leading the way by more than four tenths.

“After all the track time we lost in practice, I was pumped to get pole," Barbour said.

“In the first session, we only did a couple of laps before the turbo pipe fell off, and in the second session the turbo actuator failed, which meant I had no boost.

“In qualifying, our plan was to do a fast lap early in the session and then park in the pits and see if anyone could beat it.

“We went back out at the end of the session just in case we needed to respond, but it turned out our early lap was good enough."

Tom Alexander was Barbour's closest competitor in the SP Tools Holden Colorado, 0.4492 seconds adrift, having been third in the combined practice order. 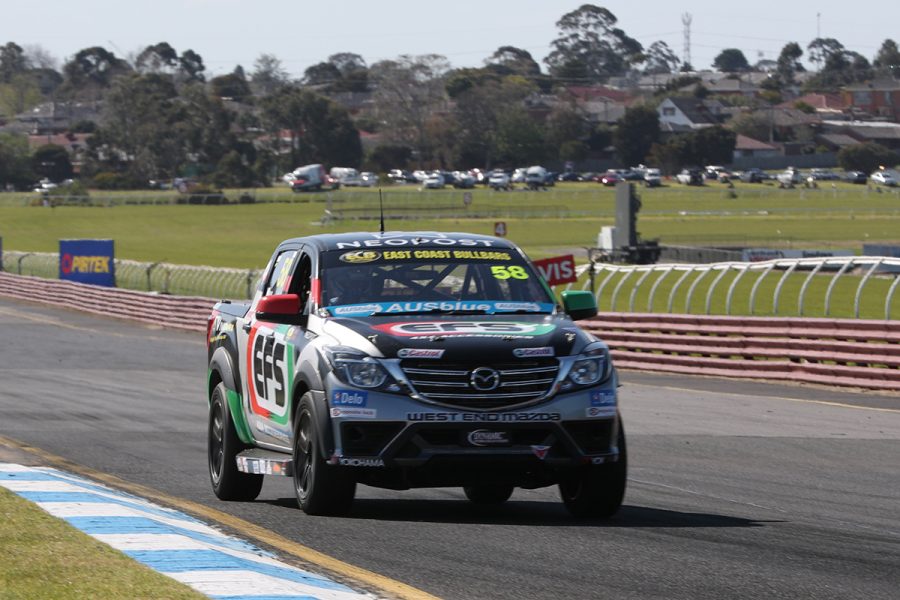 EFS 4x4 Mazda driver Ryal Harris was fastest in both practice sessions but had to settle for third on the grid.

Alexander and Harris were split by just 0.0457s in the fight to join Barbour on the front row of the grid.

Points leader Craig Woods will share the second row with Harris, having been fourth in practice and qualifying in his Penrith Toyota Hilux.

“We were struggling with oversteer – out of Turn 4 I was losing time," Woods explained.

"I had to hesitate with the throttle because the back end wanted to step out."

Ben Walsh and Micheal Sieders will share row three, the latter in a new Triton after rolling heavily at Queensland Raceway last time out.

“We shook down the new Ute on Monday at Wakefield Park, and it’s feeling really comfortable," Sieders said.

"It’s just good to be back in a race seat after what happened at Queensland."

Cameron had a turbo problem in qualifying having been fifth in practice, while he and Formosa both found the gravel at Turn 9 earlier in the day.