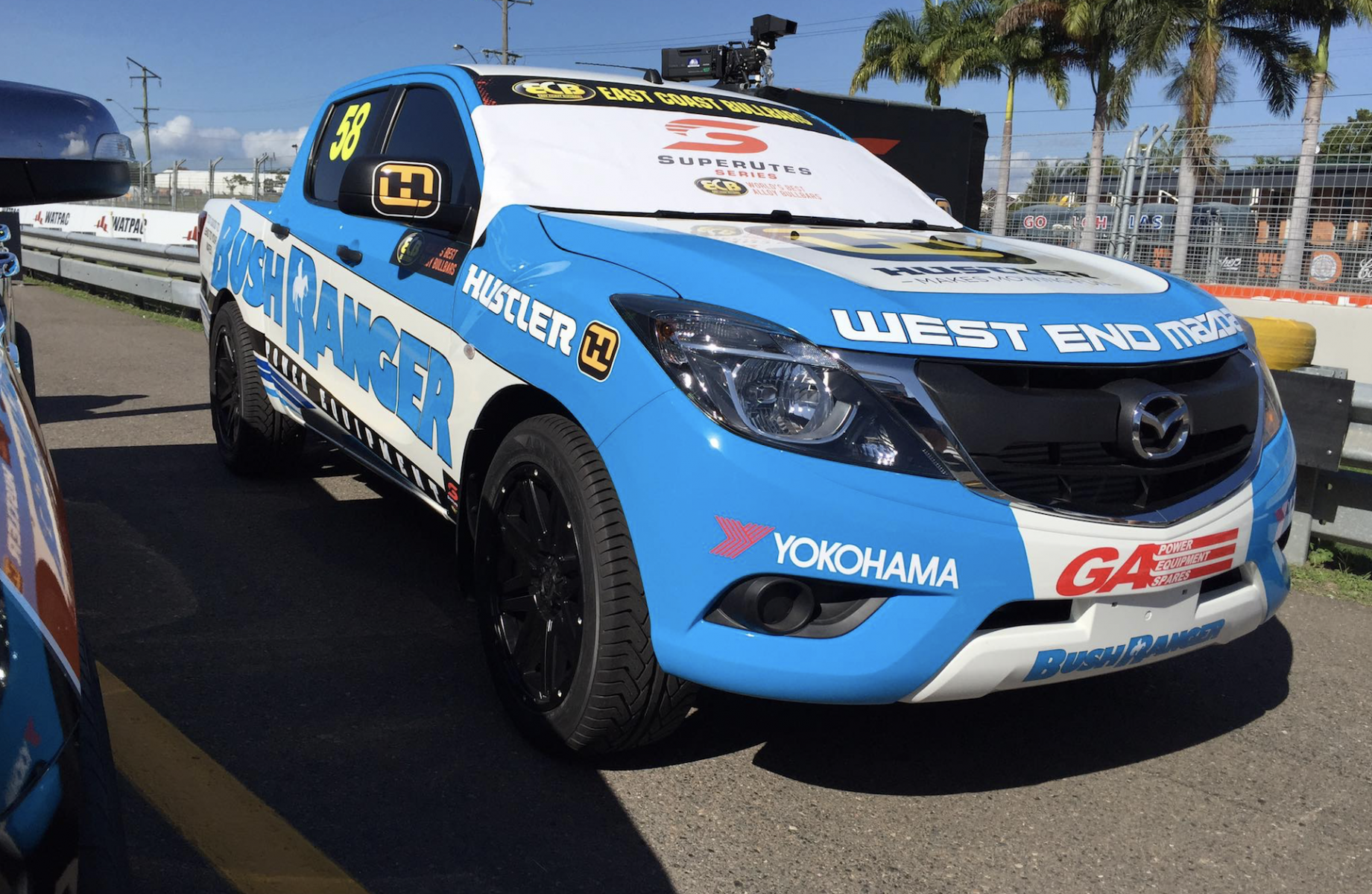 Harris’ entry will be run by Peters Motorsport and backed by Bushranger Power Equipment and West End Mazda.

Unlike the Ford and Mitsubishi, the Mazda is yet to receive its full allotment of control components, including a roll-cage.

Having initially been a sceptic of the category, Harris says seeing the package come together has changed his mind.

“The torque these SuperUtes will produce is awesome and diesels have been racing at Le Mans for years, so I’m keen to give them a crack,” said Harris

“Now I have seen our Bushranger Mazda lowered at race ride height it looks tough and with big brakes and ‘low grip’ tyres they will be tricky to drive and the fans will see plenty of action.

“Utes has always been a great category to hone your racing skills and I see SuperUtes providing the same.”

Brett Peters, who has extensive history in the sport as both a driver and a team owner, also expressed his enthusiasm for the new class.

“I totally see that if Supercars and SuperUtes can attract more of the occasional motorsport watchers, and many that drive these Utes, then motorsport wins,” he said.

“These Utes are purchased across a broad age range and many will be very interested in seeing ‘their’ brand race.

“It’s not just about the 18 – 35 males. These crew-cab Utes are work, recreational and family cars.

“Some of the best racing you see is in what many regard as ‘slow’ race cars. It’s not about the lap times but putting on a great racing and a good show."

20/01/2017
Stay In The Know
Sign up to the Virgin Australia Supercars Championship Newsletter
We use cookies to ensure that we give you the best experience on our website. If you continue to use this site we will assume that you are happy with it.Ok