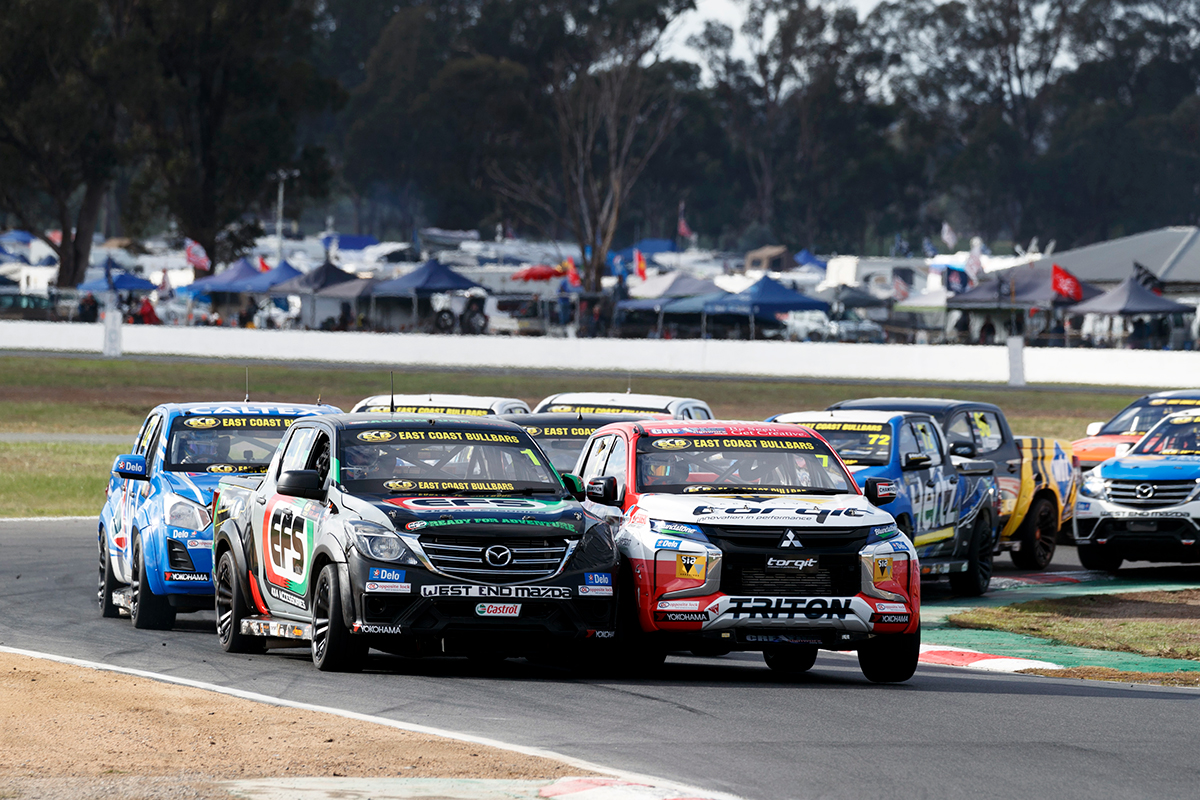 Suspension tweaks and a new wheel-and-tyre package were introduced across Rounds 2 and 3 of the category's second season last month.

Combined, the Perth and Winton changes have lowered ride heights by 55mm and reduced the wheel-and-tyre weight by 6kg on each corner, while a switch to R-spec rubber offers increased grip.

Lap times at Winton were duly quicker than in 2018, round winner Cameron Crick's new race lap record of 1:40.0584s nearly three seconds under the old benchmark.

"We got lots of responses all weekend, certainly from people within the paddock and out-and-about, telling us how much better they look," Sakzewski told Supercars.com of the feedback.

"Even the sound, they started to appreciate the work we've done with the exhaust as well.

"The previous tyre gave off a fair bit of noise when it was under load, now the new R-spec tyre is a lot quieter, so you can actually hear more of the engine note coming out of the exhaust."

Of the feedback from drivers, Sakzewski added: "Everyone loves smashing track records.

"To knock off three seconds off the track record from this time last year was great.

"It's just down to the driveability of the cars; the ability for the drivers to come a little later on the brakes, and have more confidence when they're going into the corner.

"They always braked and turned well, but obviously being quite a heavy vehicle, you could do with a little bit more.

"So I think the drivers really realised the ability to get in there and drive them."

Development has been a focal point for the turbo-diesel platform into its sophomore season.

Six manufacturers are on the grid, with Tom Alexander's early-2019 success with Isuzu meaning five have now won races.

"It's definitely a big, positive step for the category, we said to a lot of people last year this category is still in its infancy," Sakzewski explained.

"We got out on the track last year with the package that we initially came up with, but like any new product, especially in racing, there's always development going on.

"We are not surprised that we've had to make some significant changes early on.

"But now I feel we've got the right package and from here on in the changes will probably be not quite so dramatic.

"It'll just be an evolution of the package we've got now."

The fourth round of the ECB SuperUtes Series will take place on July 5-7, as part of the Watpac Townsville 400.