Alexander's 1:31.0463s was set on a back-to-back flyer in the final quarter of the 20-minute ARMOR ALL Qualifying session.

“The car was awesome, we dialled out the overboost problems from practice, and it was good to get a clean session," said Alexander.

“A massive thanks to Ross Stone and the boys, they worked tirelessly to repair the car after Townsville so this pole is for them.

“It feels like it will be a consistent race car but it won’t be easy to stay up the pointy end – Ryal is starting alongside me on the front row and he has a lot of experience here at QR.”

Running time was cut after Cameron Crick had an off at Turn 3 and beached the #87 Mitsubishi Triton before anyone could set a time.

The red flags were brought out and the session came to a halt, with the clock continuing to tick until the session finally resumed with 10 minutes left.

Practice pacesetter Harris led early and remained in top spot for the bulk of the session, ultimately finishing second in the EFS 4x4 Mazda. 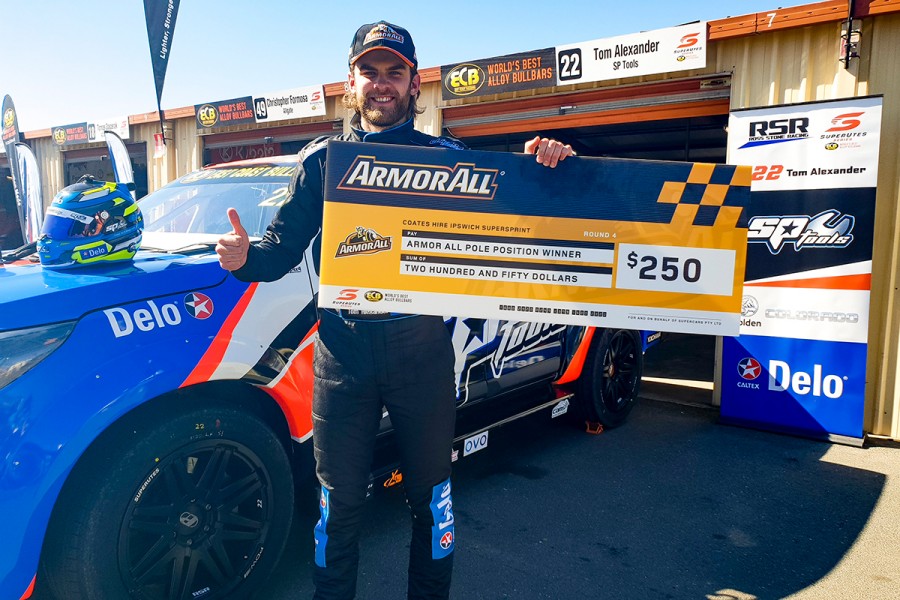 “The car is handling well, but it feels like we’re giving away a bit of straight-line speed to some of the others,” Harris said.

Toyota drivers Craig Woods and Ben Walsh will occupy the next row on the grid, the pair split by just 0.0648s.

“We made a few more changes after practice, and we were battling a bit of understeer,” Walsh said.

"The times from second down to sixth are really close, so it should make for interesting racing.”

Micheal Sieders, who is filling in for Craig Dontas in the #45 Mitsubishi, will start his maiden race fifth on the grid for Team Triton, with Crick last after causing the stoppage.

Christopher Formosa will share the third row with Sieders aboard his Ford Ranger, followed by Matthew MacKelden, who was second quickest in Saturday's practice session.

Aaron Cameron, who rolled his Bushranger Racing Mazda BT-50 on Friday, recorded his fastest time of the session on a final lap to take eighth.

Tomas Gasperak and Isuzu driver Steve Wilson will share the second last row on the grid.

Saturday's Race 1 will take place at 2:40pm, followed by the second and third races of the weekend on Sunday, as part of the Coates Hire Ipswich SuperSprint.