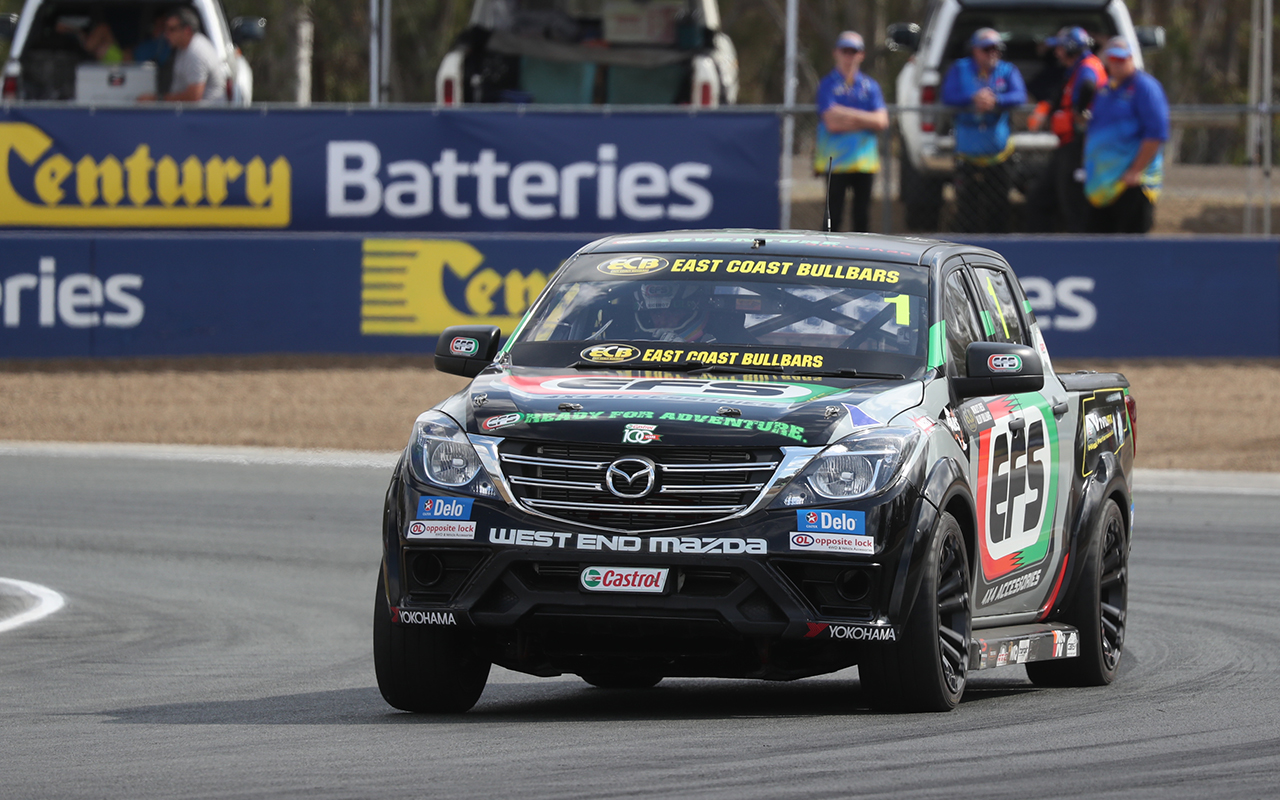 That was good enough for the top spot, leading Team Triton's Cameron Crick by 0.2496 seconds and series leader Tom Alexander by 0.3672s.

Harris' pole time is 3.4062 seconds quicker than the 2018 qualifying benchmark at Queensland Raceway, with the field on a new control tyre and wheel.

It also marks a first pole for Harris since the Adelaide opener earlier this season.

Crick, who won the Winton and Townsville rounds, set the early pace with a 1:28.5508s, which was displaced by Toby Price, Alexander, Crick and then Harris' best.

Harris returned to the pits with three of the 20 minutes remaining and stepped out of his Mazda, ahead of double duties in Touring Car Masters.

Ben Walsh was the top qualifier for Toyota aboard the Fat Freddy's Hilux, finishing ahead of Price in the factory-backed Mitsubishi Triton.

Supercars veteran Steven Richards, who topped the timesheets in Friday practice in the ACDelco Holden, will start his maiden SuperUtes race from sixth on the grid.

In another Toyota, Craig Woods was seventh, ahead of Ranger Racing's Christopher Formosa, Western Sydney Motorsport team boss Craig Thompson and the Mazda of Ben Falk.

The opening race of the weekend takes place at 12:20pm Saturday, followed by Races 2 and 3 on Sunday.