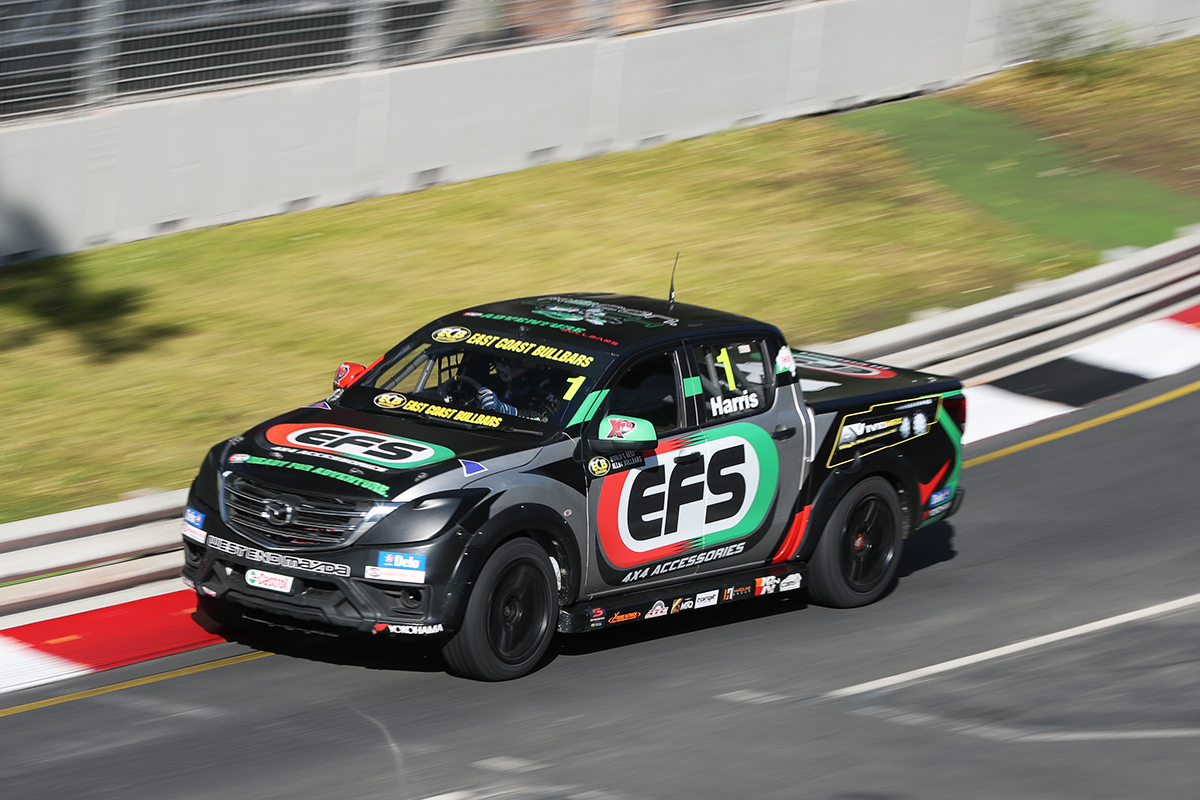 Mazda driver Ryal Harris has claimed the first ARMOR ALL Pole of the 2019 ECB SuperUtes Series, at the Superloop Adelaide 500.

As was the case in Thursday practice, Harris led the field in the EFS 4x4 Mazda BT-50, with Isuzu D-MAX newcomer Tom Alexander a close second.

However they will both start Race 1 at the back of the field, with the opener at each event now a reversed-grid affair.

SuperUtes has a new three-race format in 2019, with the Race 2 grid also a reversal of the Race 1 finishing positions.

The Race 3 field is then an aggregate of the results in the first two legs.

Points are also now paid through the order for ARMOR ALL Qualifying results, led by 15-12-10 for the top three positions.

Harris set the early pace in qualifying, putting in a 1:44.6741s that was good enough for provisional pole at the time.

He then parked his Mazda, leaving the door open for any challengers, to which Alexander seized the opportunity in the final three minutes, taking the top spot with a 1:44.5957s.

The 2018 champ still had time to respond, and ultimately turned a 1:44.4523s after the chequered flag had flown to lead the way.

"I thought I had done enough early in the session, and I was parked in the pits watching Tom on live timing," Harris said.

"When Tom beat my early time, I went back onto the track, and I had to push really hard on my outlap to make sure I had enough time to get one flyer in right at the end.

"These Utes are good to drive on the limit; I was under pressure, but I was able to put a fast lap together."

The margin between Harris and Caltex Delo Racing driver Alexander at the end of the session was 0.1434 seconds.

After finishing third in the 2018 series aboard a Ross Stone Racing-run Holden, Alexander is contesting his first event in an Isuzu.

"It was always going to be hard to beat Ryal," Alexander said.

"He’s been quick all weekend, but we definitely made some improvements in the last sector from yesterday, and we’re a lot closer now."

SuperUtes debutants Adam Dodd and Ben Falk were 11th and 12th, while Supercars enduro regular Dean Canto was limited to a single installation lap due to turbo issues.