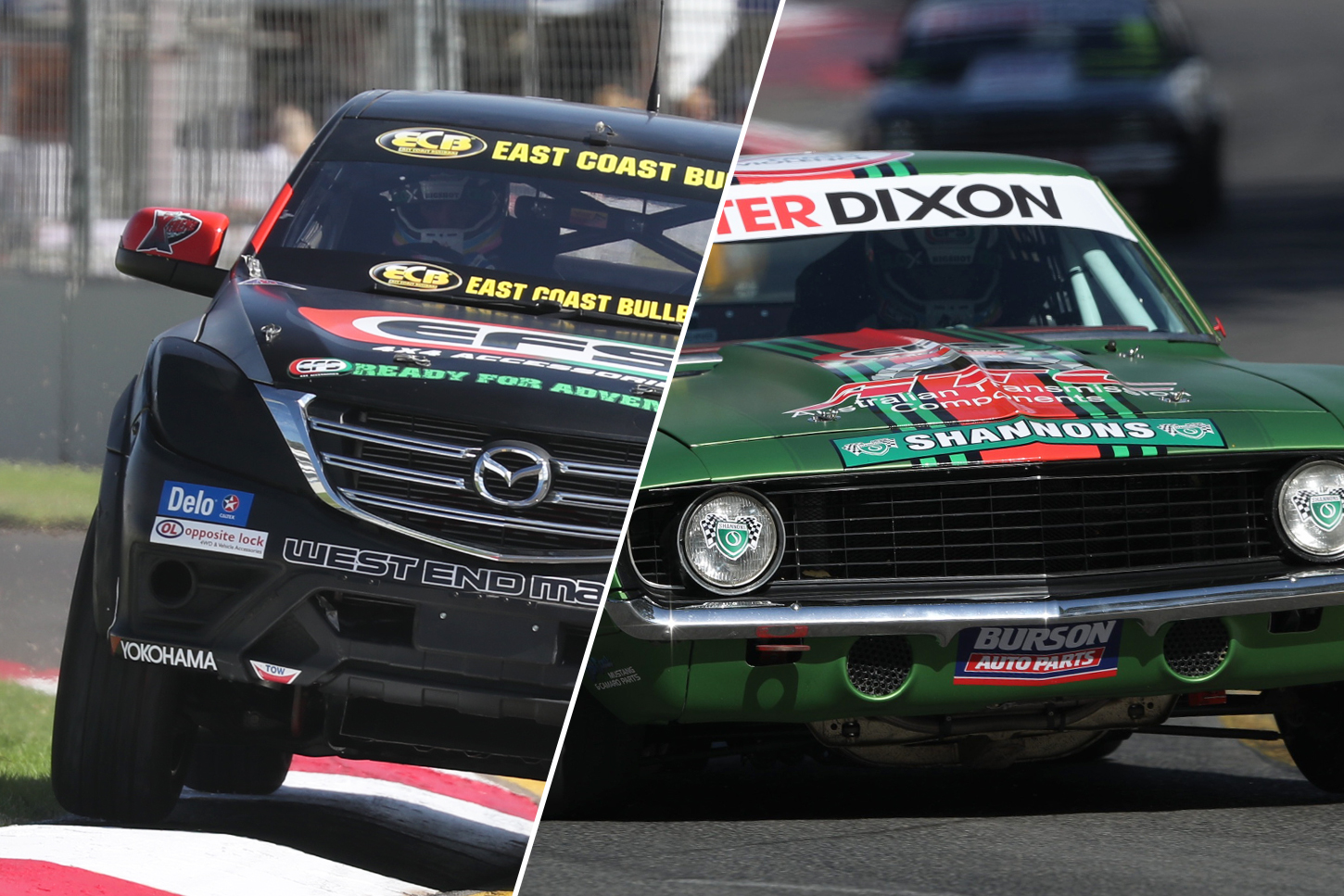 Harris has stayed on with Peters Motorsport in his Mazda BT-50 SuperUte, and paired that deal with a full-time drive with the team in TCM aboard a Camaro SS.

Adelaide hosted one of four events where both classes will race, with Harris winning the SuperUtes round and taking fourth on debut in TCM. 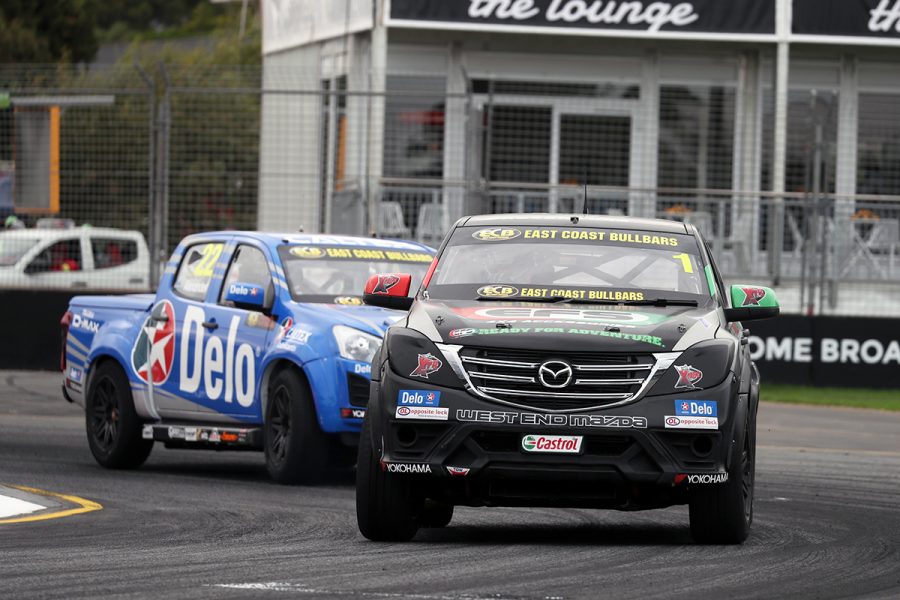 "It was pretty wild, Friday and Saturday I had back-to-back sessions and had to hop out of one car and jump straight into the other," Harris told Supercars.com.

"It was full on, but they're that different – the Camaro is left-hand drive, 350 Chev [engine] and then the Mazda is diesel right-hand drive – you couldn't pick two different racecars if you tried.

"The two cars were literally that different that it didn't actually worry me hopping out of one or the other.

"Once you got out of that warm lap, you get zoned in and you sort of reset yourself for each car." 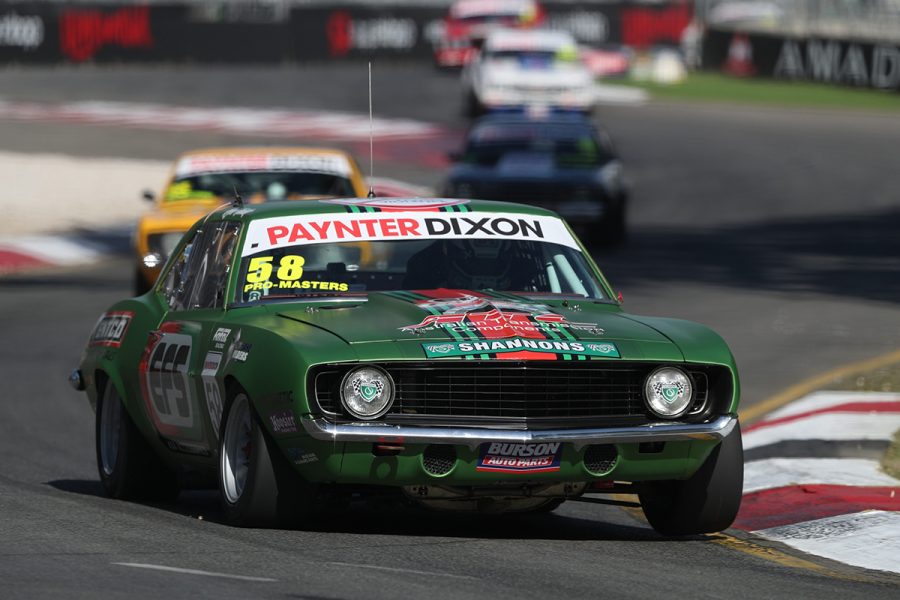 Hot weather was a talking point on top of Harris' schedule, with temperatures exceeding 40C on both Friday and Saturday.

"I just drank a heap of water and keep my sugar levels up, and I had a hydralyte and made sure I got some good night sleep the night before.

"I probably could've used a coolsuit and it would've been good, but then obviously hopping out of one car and into the other would've made it too hard."

Harris took the first ARMOR ALL Pole of the new SuperUtes season, but in the reverse-grid Race 1 was caught up in Christopher Formosa's rollover on the first lap.

It sent Harris to the pits to remove the tonneau cover, but he regrouped to beat Tom Alexander in Races 2 and 3 to win the round. 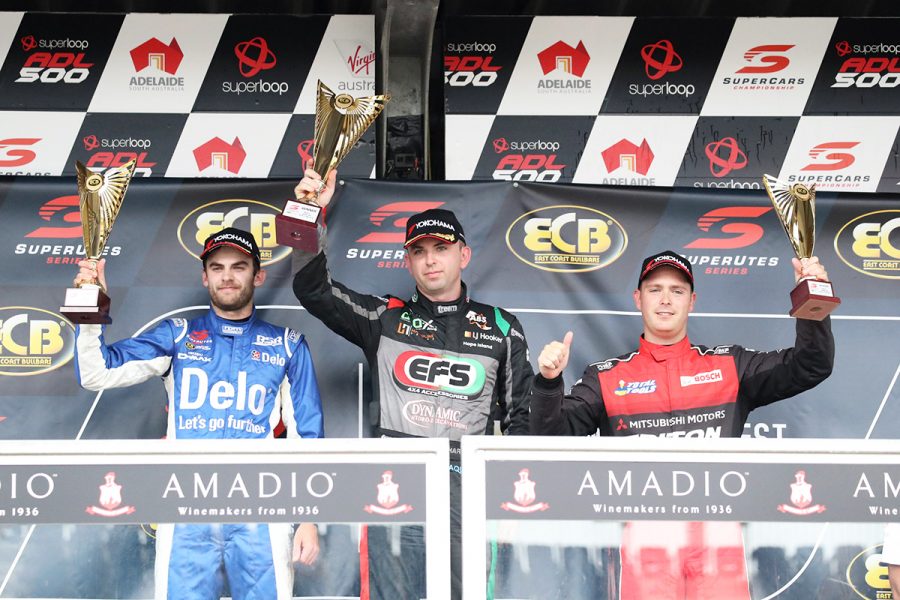 "He was coming hard and fast, but I just did enough to keep the gap where I needed it to be," Harris said of beating Alexander.

"We went for it at the start of the race, Alexander got past me at the start and I passed him back straight away, pulled a gap and then I slowed it down a bit at the end just to bring it home.

"It's going to be a good season of racing with him and hopefully a few others."

Round 2 of the 2019 ECB SuperUtes Series takes place on May 2-4, as part of the PIRTEK Perth SuperNight.

Harris will, meanwhile, be on double duty at the Winton SuperSprint, Century Batteries Ipswich SuperSprint and Supercheap Auto Bathurst 1000.