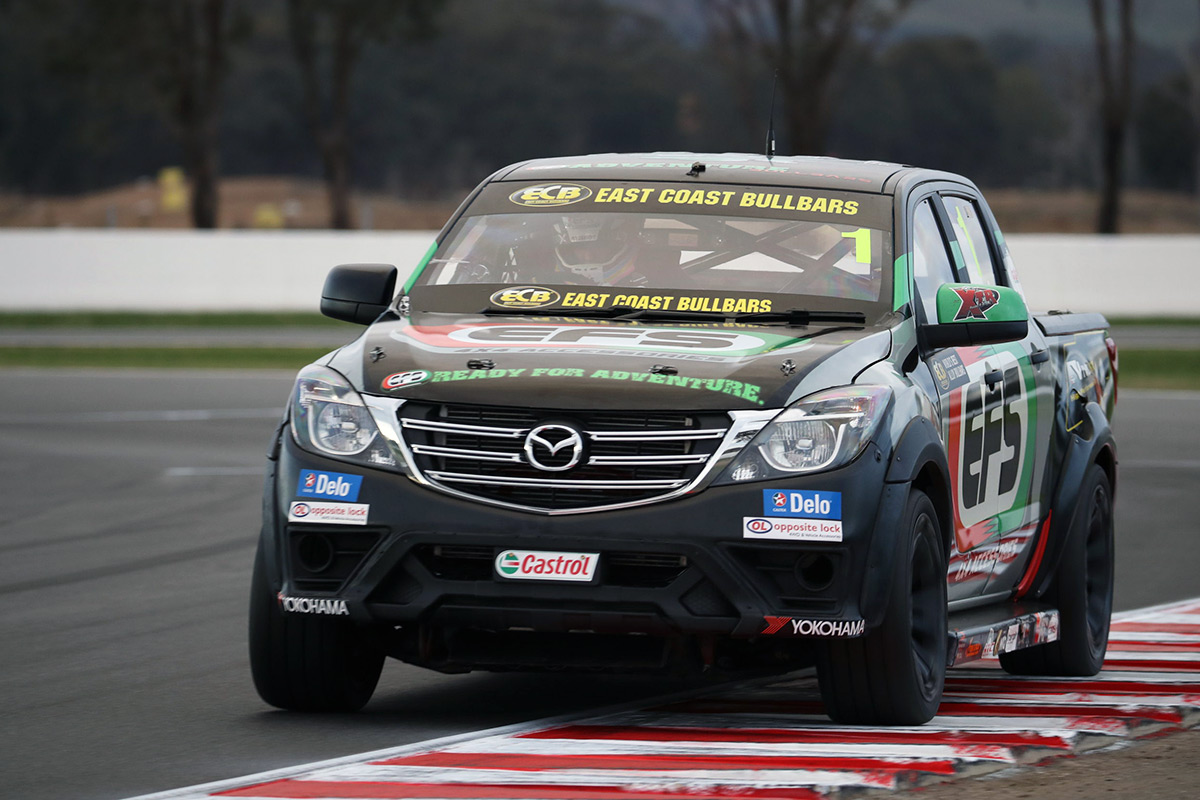 Ryal Harris set the pace in ECB SuperUtes Series practice at the Truck Assist Winton SuperSprint, in which the upgraded machinery went three seconds faster than during the 2018 event.

A new tyre-and-wheel combination is being introduced at Round 3 of the second season, lowering ride height and corner weight.

Harris set the fastest time across two practice sessions on Friday, a 1:39.7904s recorded late in the opener.

That was 3.1113s quicker than any SuperUtes driver went at Winton last year, Tom Alexander's 1:42.9017s aboard a Holden Colorado in Race 2.

EFS 4x4 Mazda BT-50 driver Harris was ultimately the only driver into the 1:39s barrier, and topped the combined times. 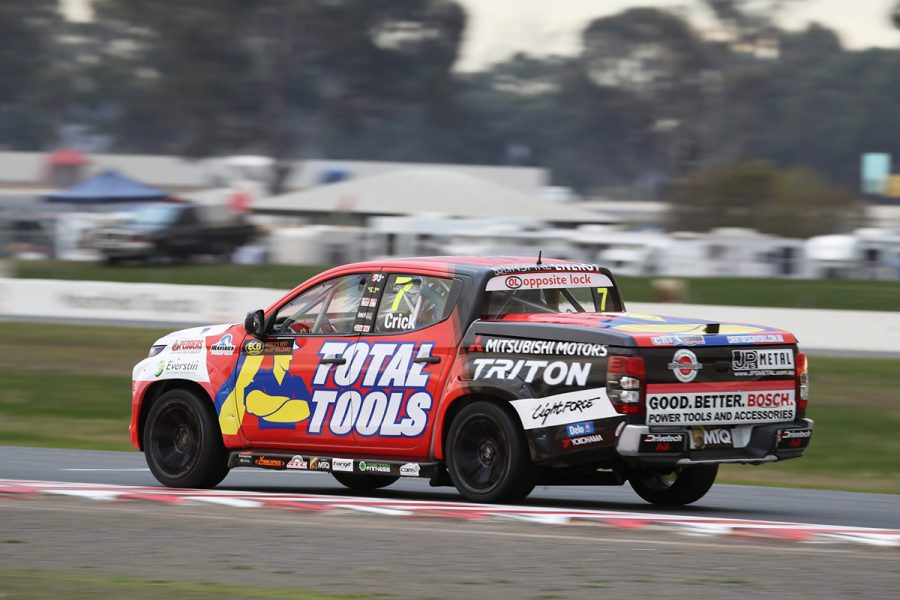 Two-time Dakar Rally winner Toby Price is making his SuperUtes return at Winton in his first start of 2019 with Team Triton.

Price finished the opening session second, before taking fourth in Practice 2, leaving him third overall with his Practice 1 effort.

Series leader Alexander, who won the first races for the Isuzu D-MAX in Perth, was fourth overall.

Western Sydney Motorsport's Craig Woods was the quickest of the Toyotas and the only Hilux in the 1:40s barrier.

He finished fifth on the combined times, ahead of the Toyotas of Ben Walsh and debutants Gerard Maggs and Craig Thompson.

Jaiden Maggs is steering a Mitsubishi alongside Price and Crick, with Elliot Barbour sidelined due to a broken ankle.

The on-track action continues with ARMOR ALL Qualifying at 2:15pm local time on Friday, with Races 1 and 2 on Saturday, and Race 3 on Sunday.