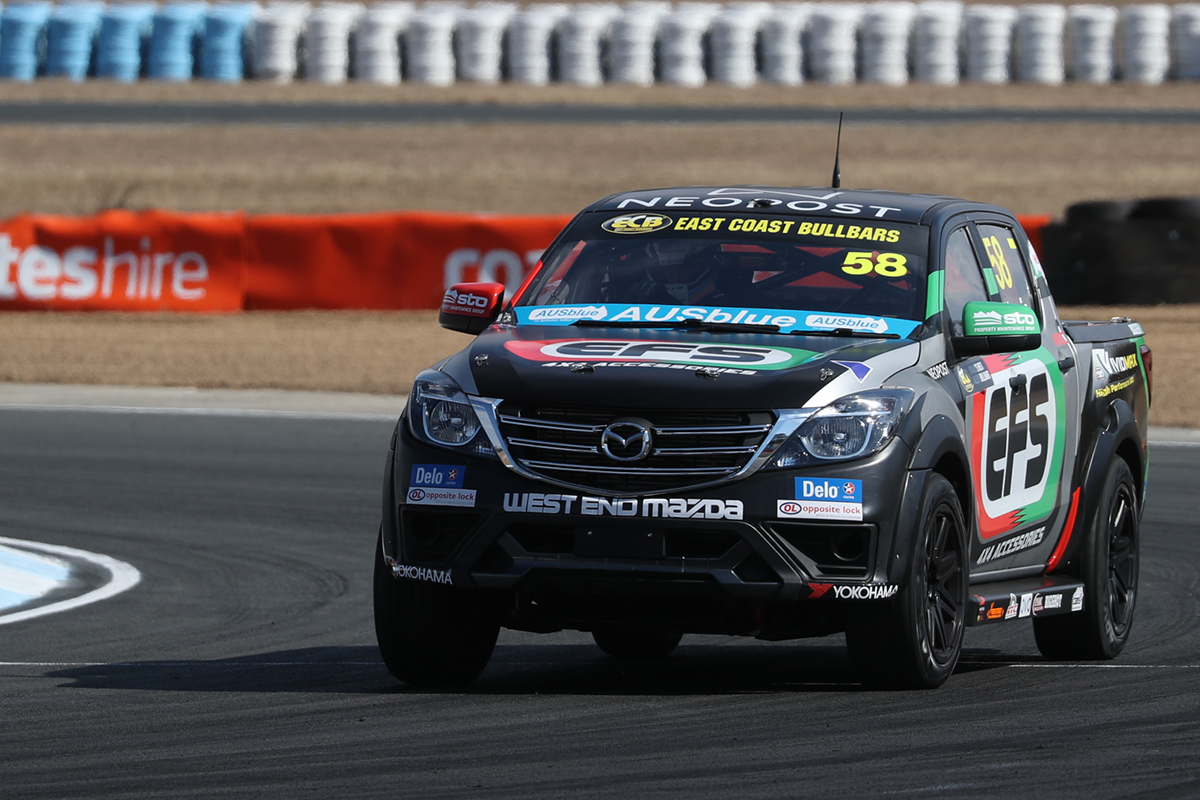 Townsville victor Harris, a five-time race winner in the new series, turned a 1:31.6118s to set the pace as running got underway on Friday morning.

The EFS 4x4 Racing Mazda BT-50 remained in top spot for the entirety of the 20-minute session, Harris improving on his own lap time with a 1:31.4523s at the halfway point.

The red flags were brought out and the session came to a halt with less than three minutes remaining, and did not resume.

Tom Alexander took third spot in the SP Tools Holden Colorado, finishing 0.3925 seconds off Harris, back on track after a heavy accident in Townsville a fortnight ago.

“Ross [Stone] and the boys did a great job of repairing the damage from Townsville, it feels as good as new," he said.

“We were bedding in brakes for most of that session, so to be only 0.4s off the pace is encouraging."

“I’ve never raced here before, and it was my first time driving the SuperUte so I was very happy with P6 to start the weekend," Crick said.

"It’s a very different beast compared to the Toyota 86 I’ve been racing, so there’s a lot to learn." 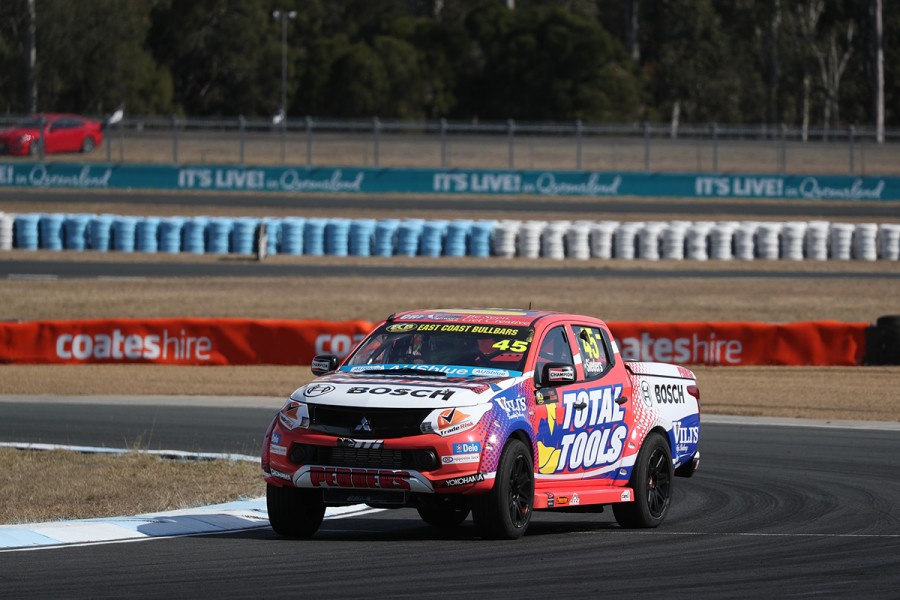 Sieders, above, added: “It feels unreal, a lot different to what I expected.

"For something so heavy, the handling is surprisingly nimble and the braking is sharp.

“Now I just need more laps to get my head around the best way to drive it."

Christopher Formosa took ninth in his Ford Ranger, while Steve Wilson rounded out the top 10, after missing the third round in Townsville a fortnight ago.

The second practice session will take place Saturday at 9.45am, followed by ARMOR ALL Qualifying and Race 1 Saturday afternoon.