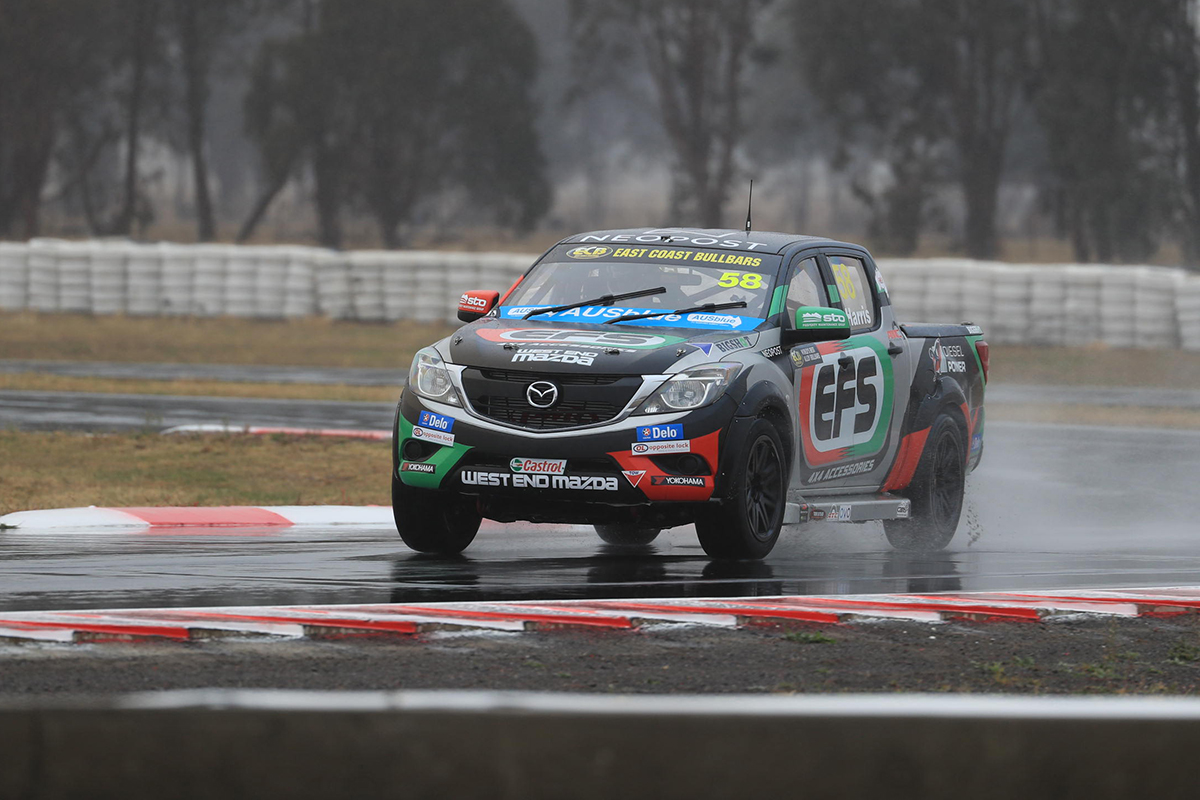 Rain arrived at Winton on Friday morning and had set in by the time SuperUtes headed out for the 20-minute Practice 1.

Series leader Craig Woods finished the session 4.1309 seconds clear of Harris, but his 1:49.9424s was scratched as he had gone off at Turn 5 and rejoined at Turn 9.

After the timesheet was corrected, Harris became the quickest driver with a 1:54.0735s in his EFS 4x4 Mazda.

Tomas Gasperak led the next group of cars from sixth in his AC Delco Holden, the 16-year-old shading the Toyotas of Matthew MacKelden and Ben Walsh.

“It was the first time for pretty much all of us driving SuperUtes in the wet,” Walsh said.

“The thing that caught my attention was the torque when the turbo kicks in – it’s like a sledgehammer, and causes the rear end to snap sideways.”

Steve Wilson rounded out the top 10 in the first outing for the Isuzu D-MAX, after missing the series opener due to engine homologation delays.

The second, 20-minute practice session will take place at 1:00pm local time, followed by ARMOR ALL Qualifying on Saturday.