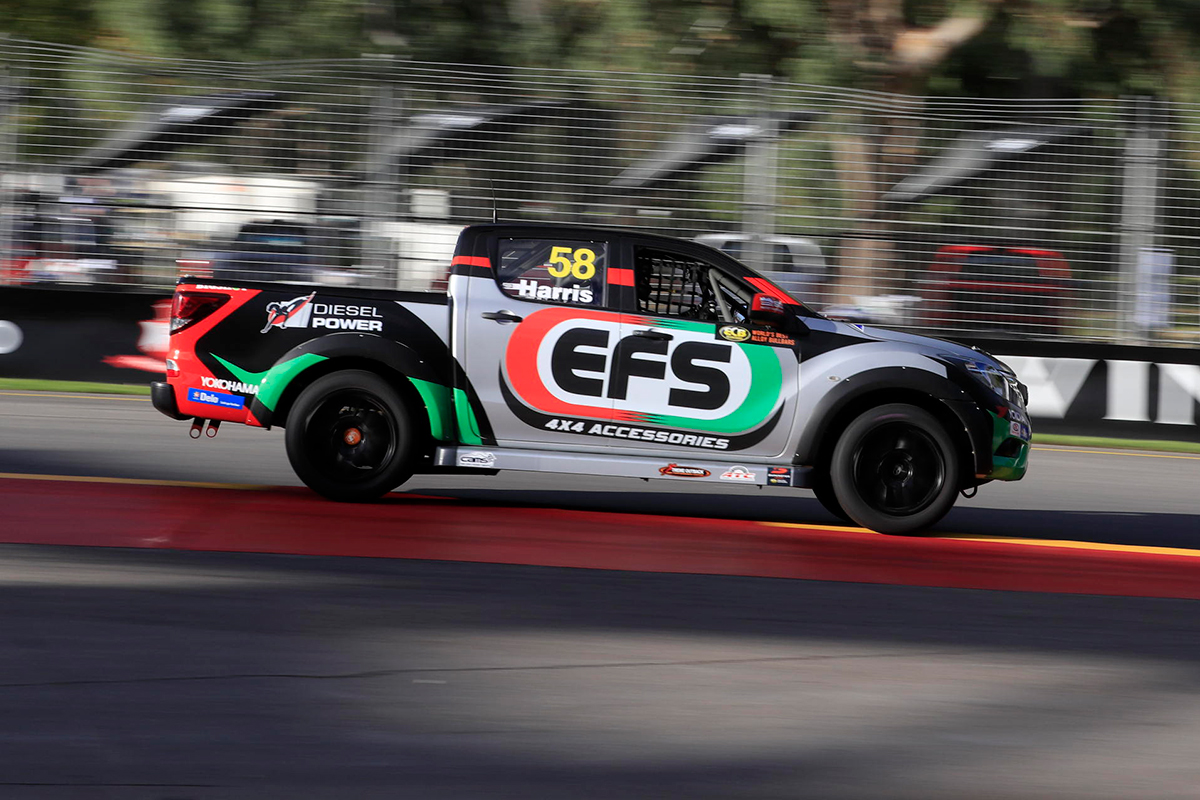 Ryal Harris recorded the fastest time in the first practice session of the inaugural ECB SuperUtes Series event at the Adelaide 500.

The three-time V8 Ute champion spent the bulk of the session with his Mazda BT-50 in the pits, but ventured out late to set the pace.

While he was limited to four laps, his 1:46.0642s was good enough to lead the way by nearly a second.

The top five drivers all lapped under the 1:50s barrier, with Aaron Cameron - Harris’s Mazda team-mate - and Ben Walsh rounding out the top five covered by 1.7245 seconds.

Dakar Rally winner Toby Price was next up in his Mitsubishi Triton, ahead of Matthew MacKelden, who spun his Toyota Hilux coming onto the main straight mid-session.

Christopher Formosa and Craig Dontas were seventh and eighth, Dontas limited to just two laps in the sister Triton to Price’s.

Nine SuperUtes ventured onto the circuit during the session, with Charlie Schwerkolt’s Holden, for 15-year-old Tomas Gasperak, the only absentee.

Schwerkolt told Supercars.com that, although the Colarado was completed on time, its arrival was delayed due to the team transporter breaking halfway from its Melbourne base.

After returning to Melbourne via tow truck and being dispatched in another truck, the AC Delco entry reached Adelaide this morning and is expected to hit the track in qualifying.

The schwerkolt Colarado is yet to turn a lap anywhere, although Gasperak has had seat time at Queensland Raceway in the Ross Stone Racing entry.

The ARMOR All Qualifying session takes place this afternoon at 3:15pm local time, followed by Race 1 tomorrow at 1:55pm.

2018 Adelaide 500  ›
Stay In The Know
Sign up to the Repco Supercars Championship Newsletter
We use cookies to ensure that we give you the best experience on our website. If you continue to use this site we will assume that you are happy with it.Ok