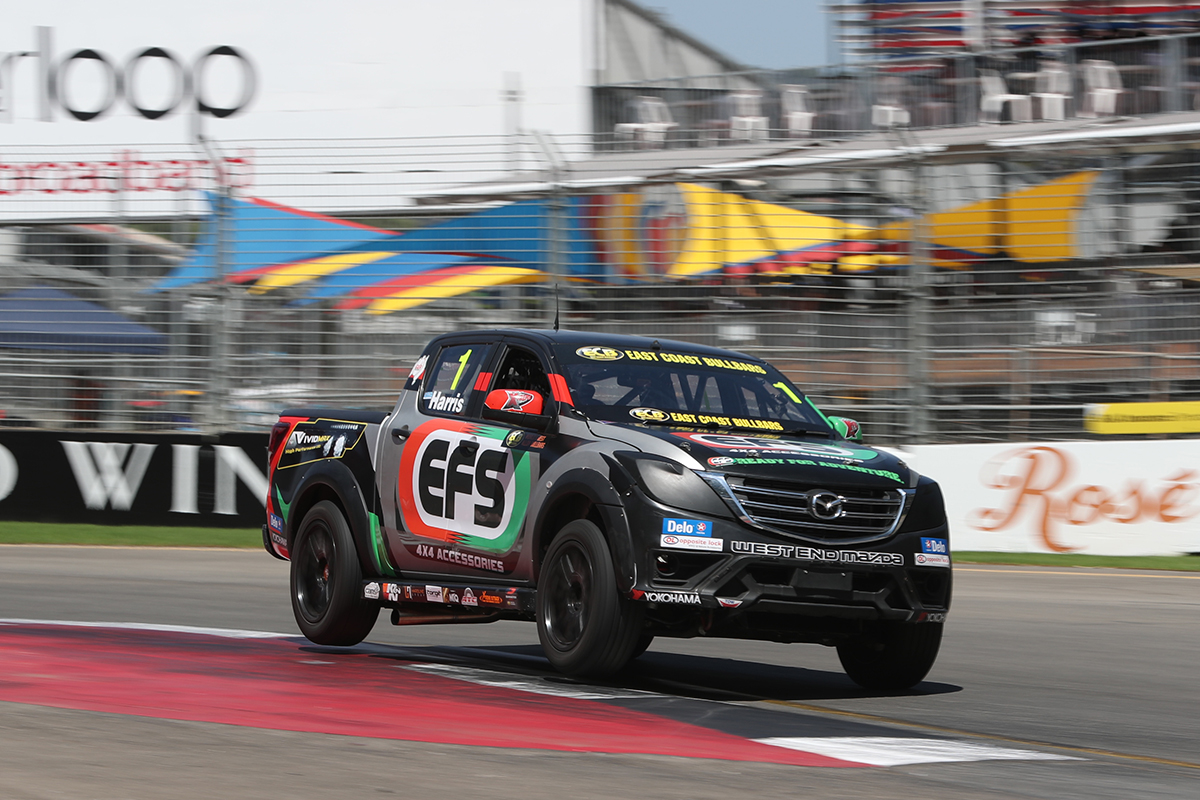 Mazda driver Ryal Harris set the pace in Thursday practice for the opening round of the 2019 ECB SuperUtes Series, at the Superloop Adelaide 500.

As SuperUtes' sophomore season got underway, it was Harris who led the way across two practice sessions, ahead of Ross Stone Racing's Tom Alexander.

Defending champion Harris was at the top from start to finish across the pair of 20-minute runs. 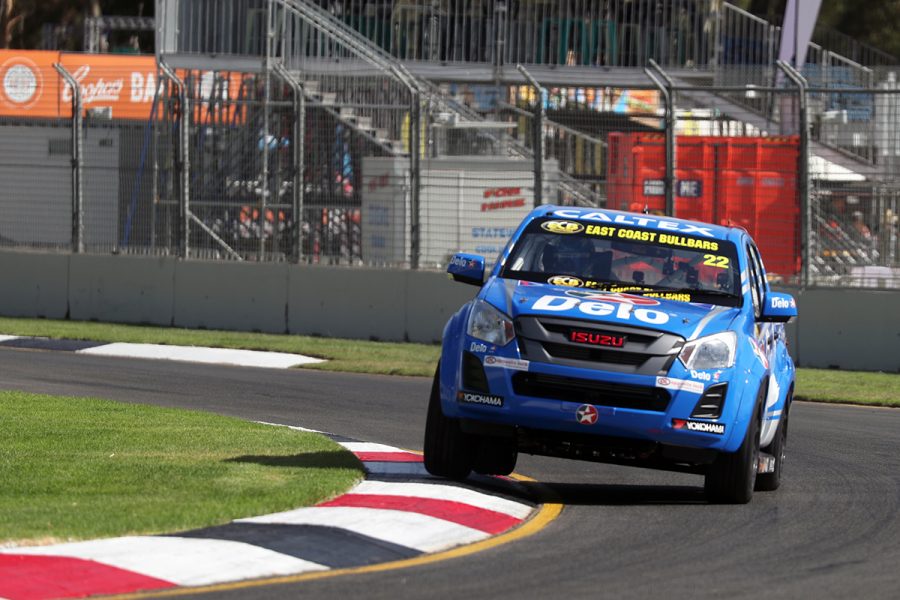 "The main place where Ryal is gaining on me is speed out of the slower corners - I’m losing time in the last sector compared to him," Alexander said.

"The power delivery of the Isuzu is different to the Colorado I raced last year - it makes its power higher in the rev range, so I’ve had to adapt my driving style a bit."

Craig Dontas, who is standing in for Dakar Rally winner Toby Price at Team Triton, was fourth with a lap set in the opening session.

"The Ute is a very different beast compared to anything I’ve ever raced," Canto said.

"The biggest think I’m getting used to is the power delivery with the turbo, and judging exactly how hard to get on the throttle."

SuperUtes' 2018 runner-up, Craig Woods could only manage ninth, with a time he set in the opening session while Allgate Racing's Christopher Formosa rounded out the top 10.

Luke Vanna brought out the only red flag for the day after he clobbered the Turn 9 kerb, which damaged his Toyota Hilux and forced him to stop at the final corner.

The other two debutants, Ben Falk in a Holden Colorado and Adam Dodd in a Mazda BT-50, finished 12th and 13th.

The on-track action resumes on Friday morning, with ARMOR ALL Qualifying at 9:30am local time, followed by Race 1 that afternoon.